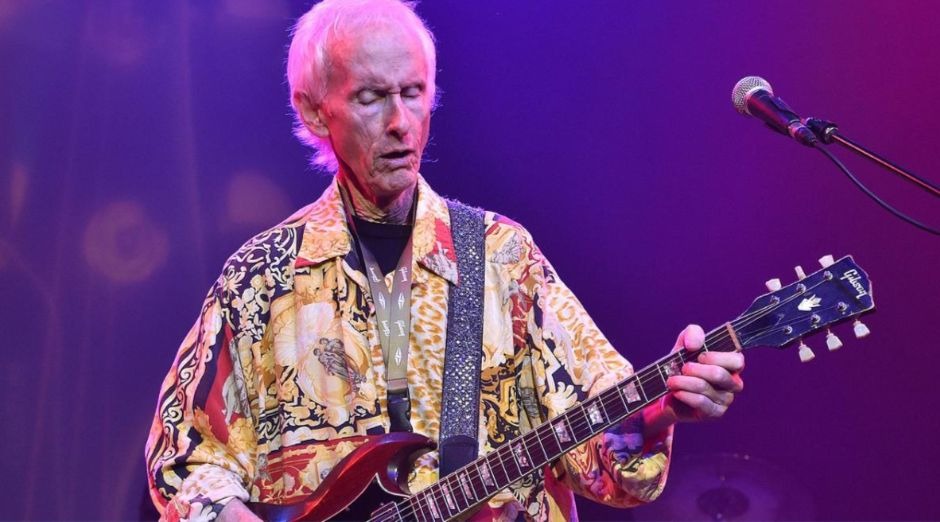 The Doors guitarist Robby Krieger released a new song called “Hot Head”, from his upcoming album “The Ritual Begins At Sundown”. The entire work will be available in August 28 and will be his ninth solo album, co-produced by Arthur Barrow.

“The Ritual Begins At Sundown” tracklist:

“I was hanging out with my buddy Arthur Barrow and we had some songs we had been fooling around with then we got some other friends involved. After The Doors I started becoming interested in jazz and started hanging out with a guy called Sal Marquez.”

“So we put this band together and that was the first Robby Krieger band and we played at the Whiskey A Go Go with Don Preston, Zappa’s keyboard player. Arthur Barrow who was a huge Zappa fan — this was before he worked with Frank — he decided that, after graduating from North Texas State music school that he was gonna come out to L.A. and try to get into Frank’s band, which was pretty brash of him”.

“He started hanging out with Don and with Zappa, Don was in my band so we decided to put Arthur in charge of the mixing at the Whiskey for our shows, that’s when I first met him in the ’70s.”

Teaching how to play The Doors songs during quarantine