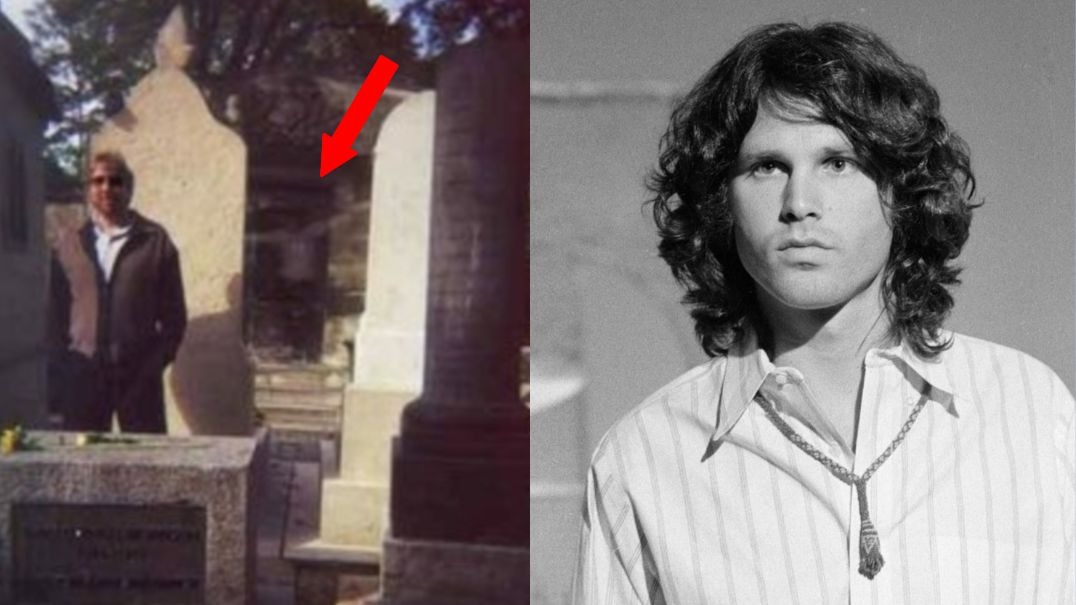 In a video screened by a British TV in 2009 the presenter questions the appearance of a supposed ghost of Jim Morrison, appearing in a photo of a fan who visited his grave. The reporter says that analysis indicated that it was not an image manipulation.

The photograph taken in 1997 at the French cemetery where Doors frontman Jim Morrison is buried features a ghostly apparition that appears to be Morrison.

The photo shows the rock historian Brett Meisner standing next to Morrison’s grave at the Pere Lachaise cemetery, and in the background, there’s a white figure with its arms seemingly outstretched. Apparently, Morrison did break on through to the other side.

The figure went unnoticed by Meisner until 2002, when he spotted the strange blur and had the photo analyzed. In a book called Ghosts Caught on Film 2: Photographs of the Unexplained, researchers say the photo was in no way manipulated, and also rule out any possibility that it’s merely a trick of the light. The image itself is “unexplainable,” researchers said.

Meisner says now that he regrets going to the Pere Lachaise cemetery because he’s been plagued by eerie events ever since. Meisner tells the Daily Express that his marriage broke down and a close friend died of a drug overdose, and now he’s haunted by people who approach him to say that Morrison’s ghost is haunting them.

“At first it was sort of interesting to see how many people felt a spiritual bond with Jim and the photo, but now the whole vibe seems negative,” Meisner said.