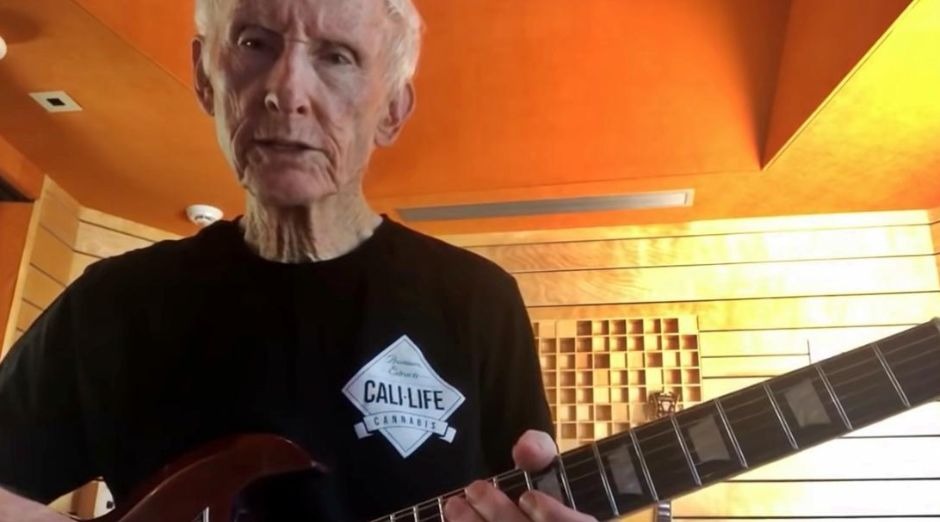 Watch Robby Krieger teaching how to play “People Are Strange”

Krieger and drummer John Densmore (75) are posting every week videos teaching how to play the guitar and drums of The Doors classics.

The tune was released on their second album Strange Days. Their single reached the 12th position in the tops in the United States. According to All Music Guide’s analysis, the song “reflects the group’s fascination with the theatrical music of European cabarets.” The song addresses alienation and the position of marginalize. According to the aforementioned analysis.

Jim Morrison said the song was about hippie culture, to maros in general. Also drug users like LSD. People Are Strange was written by guitarist Robby Krieger after he and Morrison, in depression, walked to the top of Laurel Canyon. Drummer John Densmore believes the song was a manifestation of Morrison’s “vulnerability”. ”

According to John Densmore, Jim Morrison said about the song:

“Yeah, I feel really good about this one. It just came to me all of a sudden. In a flash. As I was sitting up there on the ridge looking out over the city. His eyes were wild with excitement. ‘I scribbled it down as fast as I could. It felt great to be writing again.’ He looked down at the crumpled paper in his hand. And sang the chorus in his haunting blues voice.”

English band Echo & the Bunnymen re-recorded a cover version of the song for the 1987 American horror film The Lost Boys.