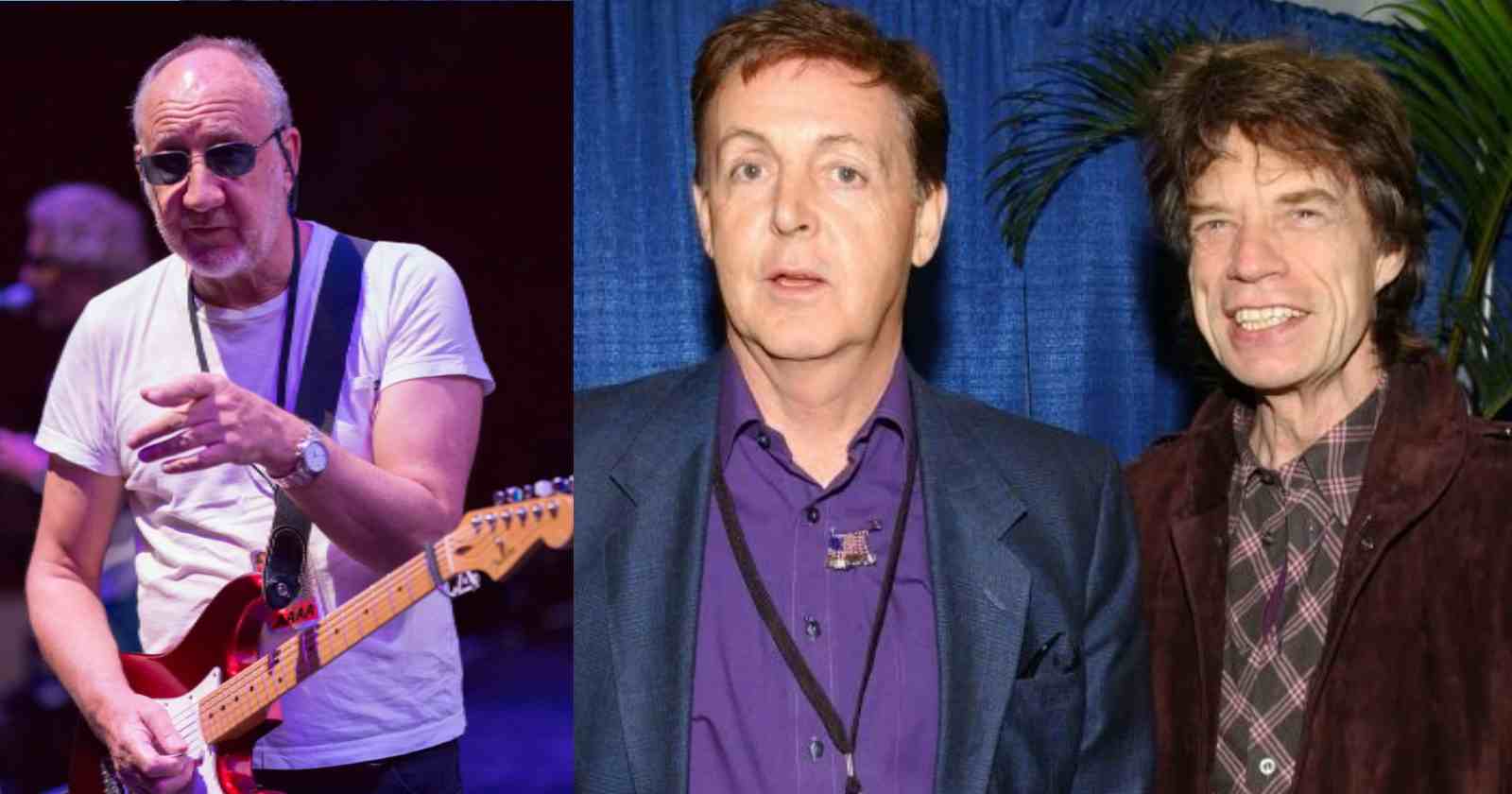 The Beatles and The Rolling Stones are certainly the most influential bands that came out of England. They both started in the early 60s and changed the entire face of Rock and Roll music, showing millions of musicians worldwide the possibilities of that music genre. In the early days, a rivalry was created between the two groups, created mostly by the fans that thought no one could be a fan of both bands and they should pick a side, even though the members of both groups were friends and respected each other’s work.

Over the decades many famous artists talked about the two bands and one of them was The Who guitarist, main songwriter and sometimes singer Pete Townshend. Talking with Time back in 1995 (Transcribed by Rock and Roll Garage), he tried to explain the difference between The Beatles and The Stones.

The Beatles and Stones difference according to Pete Townshend

“They really refreshed but also dignified (music), you know. They refreshed in the traditional pop thing they came along. So they really excited everybody but there was also a tremendous dignifying going on. They allowed people who were in Pop bands to feel they were more than just Pop stars in the tradition of the cut out figures of the 50s, who were very much just teen idols.”

“Jagger was just this kind of gorky body, you know. They used to fight one another for the attention of the audience and I suppose it was my male response to that eroticism that actually suprised me. You know, it wasn’t me looking at a bunch of screaming girls, (it was) thinking ‘how the fuck do they do it?’. Which was definitely something I used to think when I used to go see somebody like Screaming Lord Sutch or Johnny Kidd & The Pirates. (…) I started to get into that loop. So I was seeing a girl at art school at the time who was just crazy about Charlie Watts, you know.”

“I used to look at him and kind of say, ‘well, it’s funny looking, you know’. In terms of that whole thing of my preconception of the way people had to look. She was actually with me, I wasn’t making that judgement. I was judging the fact that she liked Charlie Watts. She just said: ‘But Pete, he is the most beautiful man on the earth’. So values change, what we were taught male appearance should be about was changing.”

“The Stones were very much a part of that. They were in my neighbourhood. It was differente with The Beatles, they’d come Liverpool. So that was different and I was very much involved in it. I saw them a lot and they used to play the Ealing Club, I was at Ealing art school. I used to see them coming off the train and going to the show with their guitars and stuff. We were listening to exactly the same music, the exactly same Blues records.”

“I mean, precisely the same. So the empathy was complete. But the difference between the two bands was not as much as I think looking back as I think I tought at the time. I think that both bands, I’ve tended to kind of pull bands apart. I think they were very, very close together. Their function was to destabilize the Rock industry,” Pete Townshend said.

The numbers of both bands

Compared to the Rolling Stones, The Beatles had a very short career, since they were together for 10 years and released 12 studio albums. The band led by Mick Jagger and Keith Richards are still on the road after six decades and have released 30 studio albums.

Even though The Beatles has a shorter discography, they are the best-selling act of all time with an estimated amount of 600 million records sold worldwide.

The Rolling Stones sold three times less than the Fab Four. They have an estimated amount of 200 million records sold.