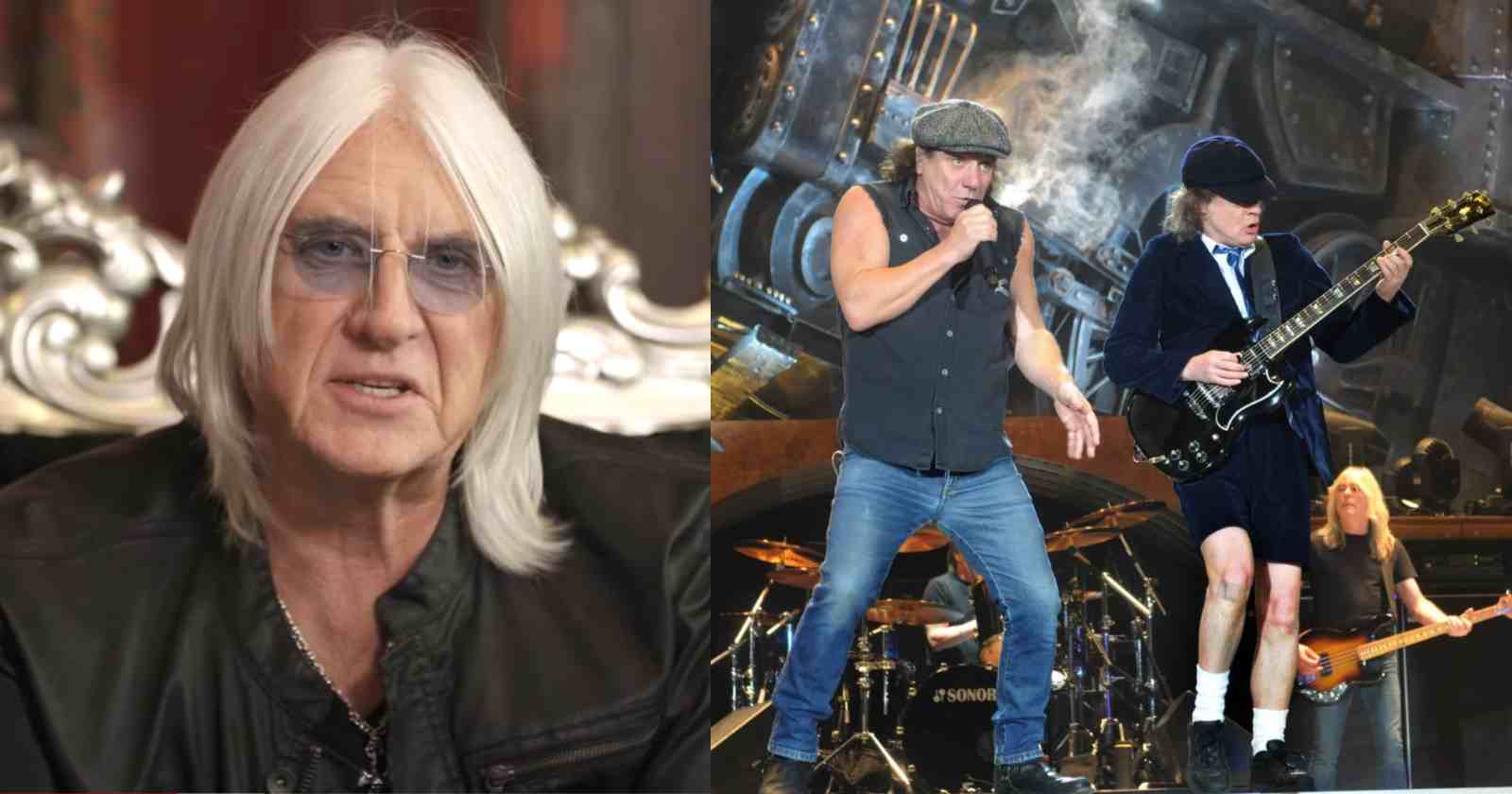 One of the most influential and best-selling bands of all time, AC/DC had a huge impact in Rock and Roll, becoming an influence to countless bands that appeared later. One of those groups was Def Leppard and in an interview with Qobuz (Transcribed by Rock and Roll Garage), the vocalist Joe Elliott gave his opinion on AC/DC and revealed which is his favorite album of the band. Leppard had the chance in the late 70s to be AC/DC’s opening act in many dates and they were lucky enough to spend some time with the late legendary singer Bon Scott.

Joe Elliott picked “Powerage” (1978) and said: “My favorite AC/DC album by a country mile… and Keith Richards. Keith Richard loves that album”. Leppard’s bassist Rick Savage then said he went to see AC/DC on that tour and Joe Elliott replied “We all did. We went to see them at the Polytechnic” and Savage completed saying: “It is still, even to this day the loudest gig I have ever been to. We supported AC/DC numerous times. One, they were fantastic, but two, they were really, really loud,” Savage said.

Released in 1978, “Powerage” is the fifth AC/DC studio album and the first one to feature the bassist Cliff Williams. It has classic tracks like “Rock ‘n’ Roll Damnation”, “Down Payment Blues”, “Riff Raff” and “Sin City”.

As Elliott said, “Powerage” is the AC/DC album that the Rolling Stones guitarist Keith Richards likes the most. Guitarist Angus Young even confirmed that in an interview with Triple M back in 2020, saying: “I know Waddy (Producer who knows Richards) from – he was gigging, he did quite a bit of gigging with Keith Richards, with The Stones. So yeah, Waddy is a big guy. He was the guy that actually turned on Keith to what we did.”

“He played our album at the time and he said – because he was trying to see what we would really like – he played in that album, and Keith heard it once and then he said, ‘Put it on again.’ So it’s an album, he really loves that album. It’s a part of his ritual now that he’s got that album with him everywhere.”

The Def Leppard tour with AC/DC

In a conversation with Modern Drummer in 2020, Def Leppard drummer Rick Allen recalled the experience of being on the road with AC/DC when he was only 16, during the “Highway To Hell” tour. “Hammersmith Odeon in London. I remember we were on the ‘Highway to Hell’ tour with AC/DC, and I remember Bon Scott coming in the dressing room with a bowl of what we call Smarties – over here you call them M&Ms.And he just wished me happy birthday, and I mean, at the time I was living a dream,” Rick Allen said.