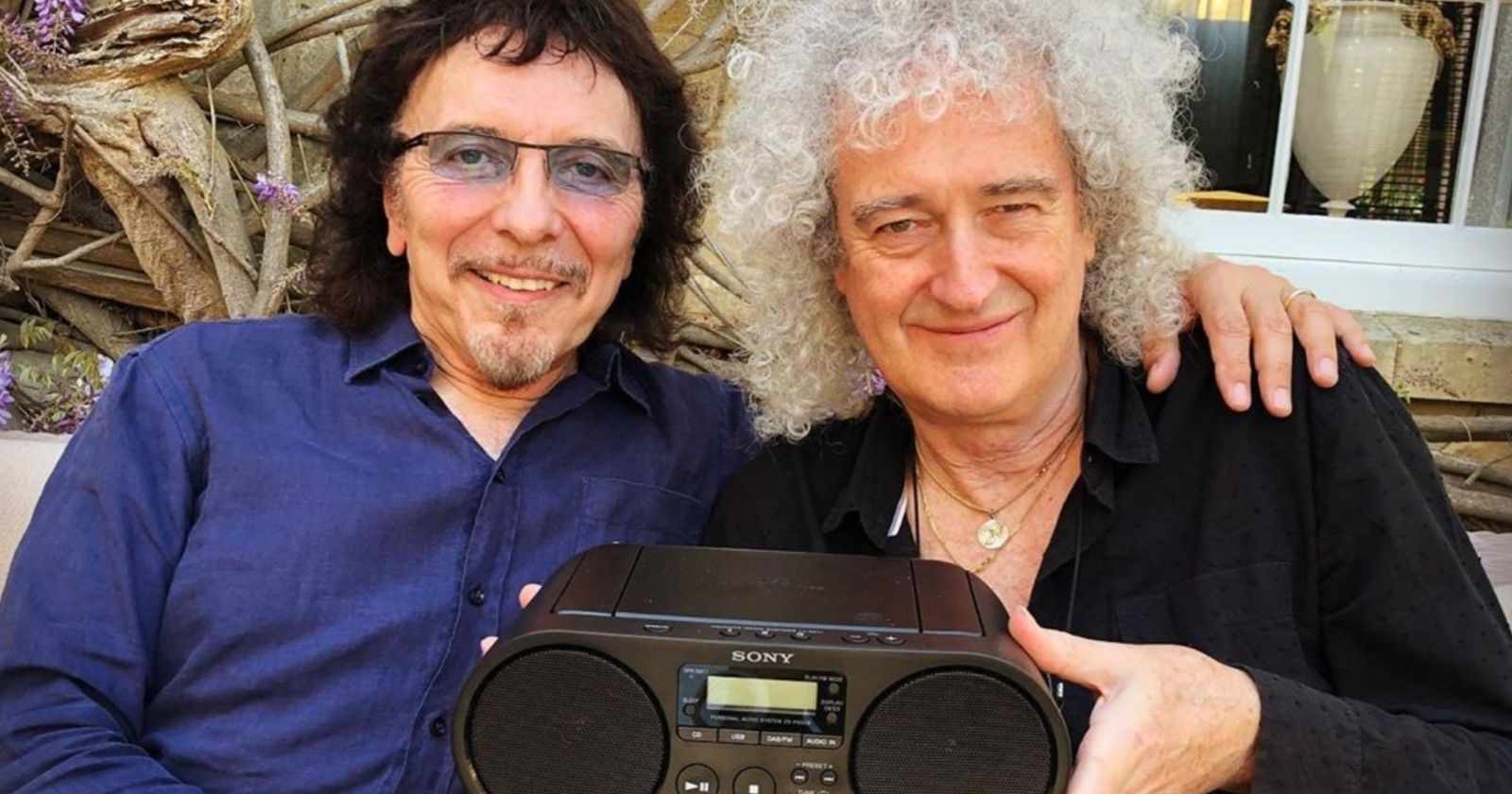 The riffmaster Tony Iommi is considered one of the main founders of Heavy Metal music with Black Sabbath. He is also the only original member of the band to be present in all formations of the group. However, the guitarist also played outside Sabbath and there are really great songs everyone should hear.

Who Cares “Out of My Mind”

“Out of My Mind” is one of Iommi’s best riffs outside Black Sabbath that was present on the project WhoCares (2012). It was created by Tony Iommi after he visited Armenia in October 2009, with the idea of ​​raising funds for the reconstruction of a local Armenian music school. The musicians knew the difficulties of the Armenian people. Especially after the 1988 earthquake.

It’s true that Heaven & Hell was Dio‘s Black Sabbath era with another name. But since it was called Heaven & Hell we could say it’s a Tony Iommi work outside Sabbath. It’s Dio’s final album had amazing songs and one of them was “Bible Black”.

According to Ronnie James Dio, the song is about a man who is addicted to the Bible Black, a darkly twisted version of the Holy Bible, which ultimately corrupts and destroys him.

Also from “The Devil You Know” album “Atom and Evil” has another great Tony Iommi performance. The album reached the top 10 in its first week of release. Debuted at No. 8 on the Billboard 200 chart, with 30,000 copies sold.

Tony covered The Shadows classic “Wonderful Land” on the 1996 album Twang! that was a tribute to the Hank Marvin and the band. Besides the Black Sabbath leader other famous guitarists like Ritchie Blackmore, Peter Frampton and Peter Green. Also Mark Knopfler, Brian May, Steve Stevens, Andy Summers and more were also on the album “Twang!”

Tony released his first solo album called “Iommi” back in 2000 featuring many famous singers. One of them was Billy Idol that was on the track “Into the Night”. The album took nearly five years to be made.

Another song from the first Iommi solo album is “Laughing Man (In The Devil Mask)” featuring Henry Rollins that is one of the most famous from the record.

“Dopamine” is from “Fused”, the second solo album by Iommi, released in 2005. The album also features vocalist/bassist Glenn Hughes and drummer Kenny Aronoff. Glenn Hughes was Black Sabbath’s frontman on the “Seventh Star” album in 1986, that was originally intended to be Iommi’s first solo record. But the record company made them release as Sabbath.

“Wasted Again” is another great song from “Fused”. The album was recorded in Monnow Valley Studios, Wales, in December 2004. Also at BHM’s studio, Warwickshire. Being produced by Bob Marlette and Iommi. In addition, Fused reached number 34 on Billboard’s Top Heatseekers list. After this album Iommi haven’t released a new solo work. However after Black Sabbath’s ending he said many times that he has many riffs recorded and he probably could do something with them soon.

Tony Iommi was born 19 February 1948 and is an English guitarist, songwriter and producer. He was lead guitarist and one of the four founding members of heavy metal band Black Sabbath. Besides being the band’s primary composer. He also was the sole continual member for nearly five decades. Iommi was ranked number 25 in Rolling Stone magazine’s list of the “100 Greatest Guitarists of All Time“.

Born and raised in Handsworth, Birmingham, Iommi attended Birchfield Road School. Where future bandmate Ozzy Osbourne was also a student one year behind him. At age 8 or 9, while being chased by another boy, Iommi fell and suffered a bad cut on his upper lip. As a result, he gained the nickname “Scarface”. Which made him more self-conscious of the scar. So he eventually grew his trademark moustache as a means of covering it.

At about age 10, Iommi began working out and learned judo, karate, and later boxing as a means of protecting himself from the local gangs which congregated in his neighbourhood. He envisioned a future as a bouncer in a nightclub. Iommi initially wanted to play the drums. But due to the excessive noise he chose the guitar instead as a teenager, after being inspired by the likes of Hank Marvin and the Shadows. He has always played guitar left-handed. After completing school, Iommi worked briefly as a plumber and later in a factory manufacturing rings. He stated that at one point he worked in a music store.

While working in a factory as a teenager, Iommi lost the tips of the middle and ring fingers of his right hand in an accident. An event which crucially impacted his playing style. He briefly left Black Sabbath (then known as Earth) in 1968 to join Jethro Tull. But did not record any material with the band. Subsequently returned to Black Sabbath in 1969. In 2000, he released his first solo album Iommi, followed by 2005’s Fused. Which featured his former bandmate Glenn Hughes. After releasing Fused, he formed Heaven & Hell, which disbanded after Ronnie James Dio’s death in 2010.