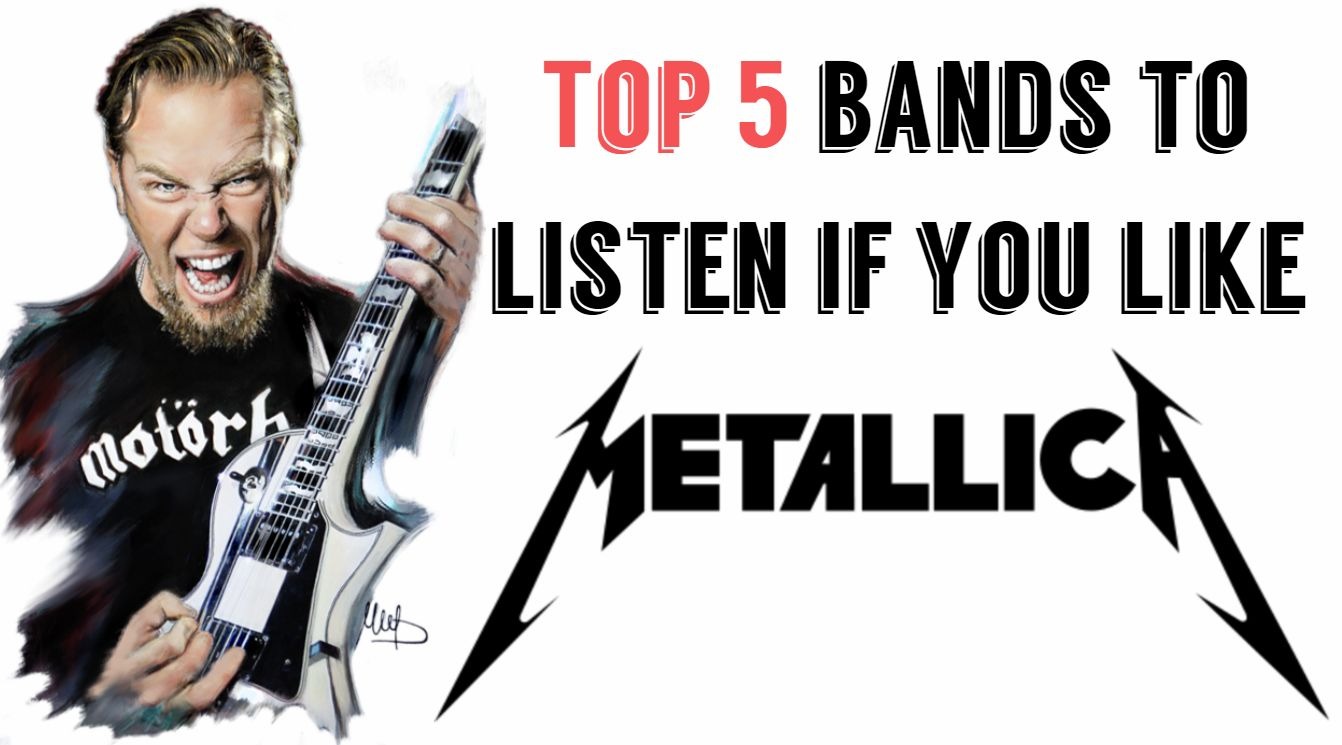 Metallica is definitely one of the biggest bands of all time. James Hetfield, Lars Ulrich, Kirk Hammett, Cliff Burton, Jason Newsted and Robert Trujillo left their mark on rock history and specially on Thrash Metal, being the most successful and famous band of the genre.

And if you love them, we made a list of the Top 5 bands to listen if you like Metallica.

Megadeth’s leader Dave Mustaine was on Metallica’s first incarnation and was fired from the band due to drugs, alcohol and angressive behavior. The band was formed by Mustaine and bassist David Ellefson in 1983 shortly after Mustaine’s dismissal from Metallica. Along with Metallica, Anthrax, and Slayer, Megadeth is one of the “big four” of American thrash metal, responsible for its development and popularization. Their music features complex arrangements and fast rhythm sections, and lyrical themes of death, war, politics, and religion.

The band has released 11 studio albums, several other albums, and 26 singles, including collaborating on a single with American hip hop group Public Enemy. According to Nielsen SoundScan, Anthrax sold 2.5 million records in the United States from 1991 to 2004, with worldwide sales of 10 million.

Sepultura is a Brazilian heavy metal band from Belo Horizonte. Formed in 1984 by brothers Max and Igor Cavalera, the band was a major force in the groove metal, thrash metal, and death metal genres during the late 1980s and early 1990s, with their later experiments drawing influence from alternative metal, world music, nu metal, hardcore punk, and industrial metal.

Sepultura has also been credited as one of the second wave of thrash metal acts from the late 1980s and early-to-mid 1990s.

Diamond Head are an English heavy metal band formed in 1976 in Stourbridge, England. The band is recognised as one of the leading members of the new wave of British heavy metal movement and is acknowledged by thrash metal bands such as Metallica and Megadeth as an important early influence.

The band was formed, originally under the name of Lucifer, and was initially composed of guitarist and vocalist Kevin Heybourne, guitarist Rob Downing, drummer Steve Jones, and bassist Barry Clements.