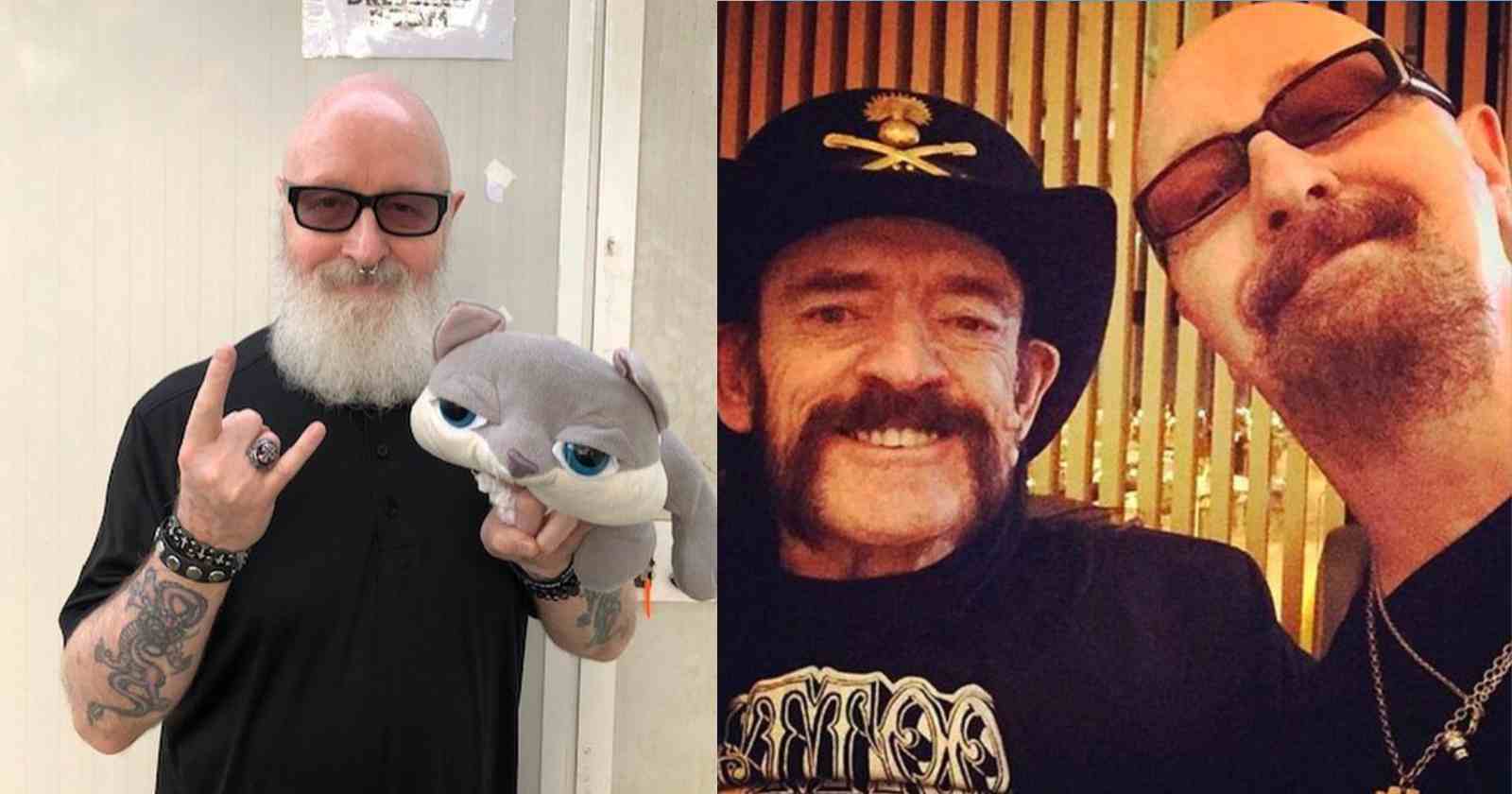 Born in Sutton Coldfield, Warwickshire, England back in 1951, Rob Halford first achieved fame as the vocalist of the legendary British Heavy Metal band Judas Priest. Also known as “The Metal God”, the musician is an inspiration since the 70s for countless singers all over the world.

Even though he worked with many brilliante musicians over the decades, the frontman was asked in an interview with Revolver back in 2020 to list which dead musicians he would choose for his “dream band”. Rock and Roll Garage selected what Halford said about those artists throughout the years and his connection with some of them.

Rob and the late singer Ronnie James Dio were great friends and the Judas Priest vocalist even chose in an interview with BBC Radio’s Johnnie Walker back in 2020 (Transcribed by Rock and Roll Garage), Dio as his “Rock God”.

“Every (singer) will have a story about a fellow singer who was an inspiration to them. One of my main inspirations and someone that still is to this very day an inspiration in my life, in Metal as a Metal singer is Ronnie James Dio.”

“I can’t remember exactly when I heard Ronnie’s voice. But I do know that the first time I did hear it, it was just like an electric shock, a bolt of lightning. Because this voice had so much power and so much character and so much energy. So much of everything that makes a great singer.”

“So from that moment on, I was a huge Ronnie James Dio fan. And I followed his career from pretty much when he first came to (be famous) throughout the world of rock and roll. The great things that he did with ELF. Then, of course, with Rainbow, Black Sabbath and Heaven & Hell. What a great legacy Ronnie’s left. It’s all about the voice.”

“Even now, I always blast some Ronnie before I go out on the stage, because he psyches me up. He gives me the essence of what a great singing performance should do. I just love listening to the man. Not only his voice, of course. But also his great work in helping other people. If ever a man was a rock god, for me, it will always be Ronnie James Dio.”

Curiously, Rob Halford replaced Ronnie James Dio in Black Sabbath for two nights back in 1992. The band had accepted to be Ozzy Osbourne’s opening act and Dio refused to be part of those shows, since he believed it was not the right thing to do.

Halford was part of Dio’s tribute album “Ronnie James Dio – This Is Your Life” released in 2014. He recorded the classic Rainbow track “Man On The Silver Mountain”.

Another legendary vocalist that Rob Halford would choose for his “dream band” would be the late AC/DC singer Bon Scott. In a testimonial posted on Bon Scott’s official website, Halford talked how inspirational the musician was.

“Bon’s attitude demeanour and front man swagger gave him the Everyman persona that the world loved him for. His voice look and on stage character drew us all in. There’s an unmatched uniqueness that solidifies Bon’s legendary status in rock and roll.”

“I would watch him work from the side of the stage and out front and the magnetism he projected was non-stop. You felt the pure love energy and honesty he belted out with his band. He and I had down to earth wholesome encounters in the dressing room. (Also) on the bus that I cherish in that he talked from the heart uncluttered and with no ego. As a singer he can’t be matched by virtue of style and sound. We love and miss you Bon!” Rob Halford said.

The youngest musician that Halford picked for his dream band, Jill Janus was born in New York City, United States back in 1975. She first achieved fame as the vocalist of Huntress.

Talking with Rock Nightmare back in 2013, Jill Janus said that Rob Halford was one of her biggest inspirations. “Rob Halford is a huge influence on me vocally and the way he has chose to live his life. With no regret and with no regard for anything else but living for his purpose. So I really admire him for that and for being a great human being. But also as a great artist,” Jill Janus said.

Halford and Lemmy were huge friend and hang out many times over the decades when Motörhead and Judas Priest were touring together or playing festivals in the same day. In 2021, when Halford listed for Rolling Stone his 10 favorite songs of all time, he picked Motörhead’s “Ace Of Spades” as one of them. He praised Lemmy, saying (Transcribed by Rock and Roll Garage): “There were so many legends in Rock and Metal, and one of the guys who is at the top of the mountain is Lemmy. Much like Ronnie (James Dio).”

“So many of our beautiful friend who departed. But as I said so many times, music lives forever and in this case the personality with the music goes hand in hand. Lemmy was an extraordinary man with so much to say in his music and when he would talk in his interviews. He was just a mesmerizing person to listen to, speak. The way his brain worked (was) so uniquely,” Rob Halford said.

“Steve, you know Steve from Def Leppard, he was a great guitar player. Really solid rock-bluesy player,” Rob Halford told Revolver. Born in Hillsborough, Sheffield, Yorkshire, England in 1960, Steve Clark was Def Leppard’s guitarist from 1978 until his tragic death in 1991 at the age of 30. He was a huge part of the band’s sound and helped them to create some of their most successful albums.