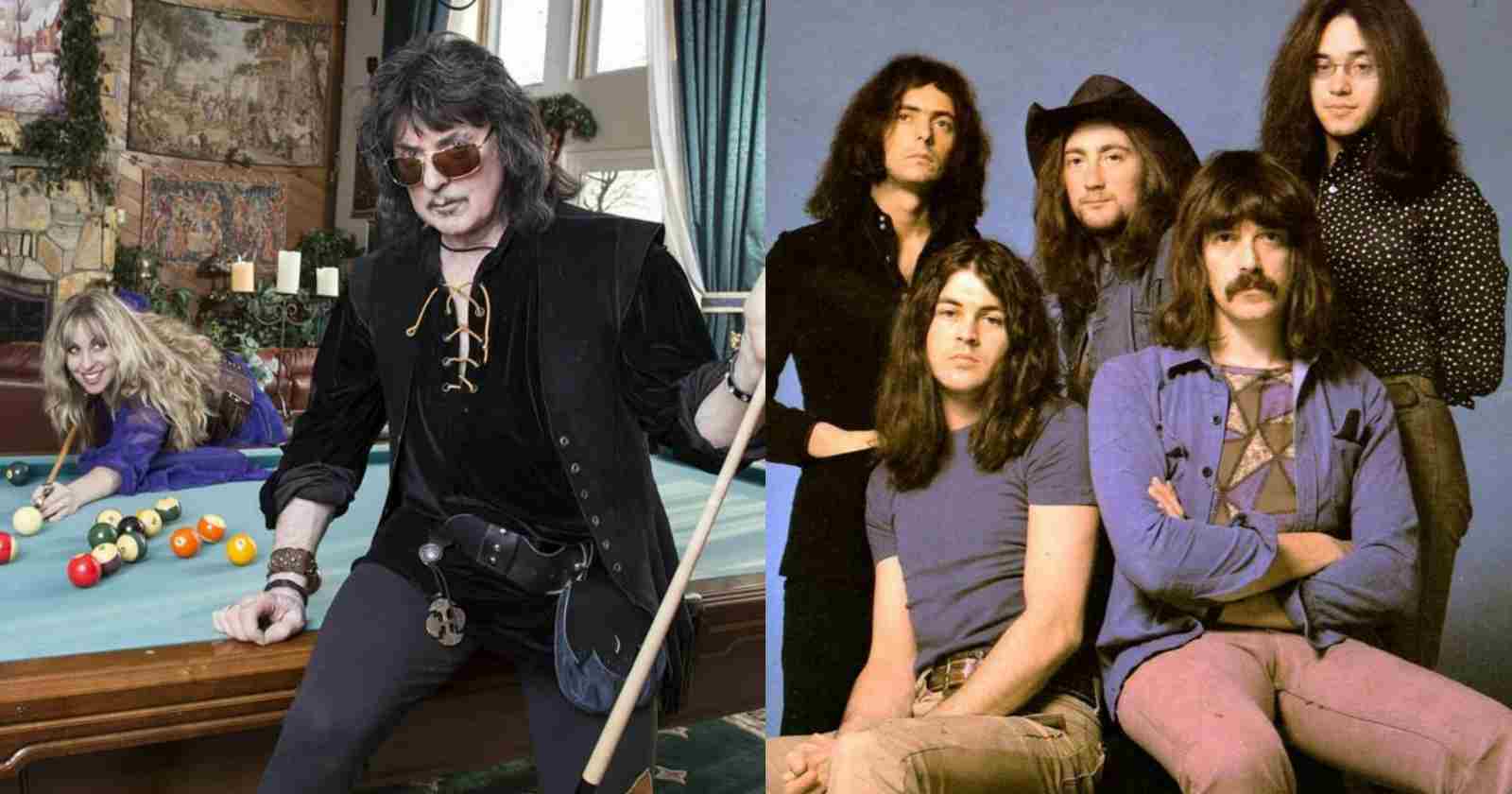 Born in Weston-super-Mare, Somerset, England back in 1945, Ritchie Blackmore is one of the most influential Rock guitarists of all time. He made history helping Deep Purple and Rainbow to make classic albums, especially during the 70s and 80s, that sold millions of copies worldwide. In 1970, Deep Purple had only two years of existence and had released their classic album “Deep Purple In Rock” that changed the band’s sound to a more Hard Rock approach. The first record to feature singer Ian Gillan and bassist Roger Glover took the group to another level of success.

In an interview available on Deep Purple’s official Youtube channel, Blackmore talked about that particular year and listed 5 bands that he considered to be the biggest ones in 1970. Rock and Roll Garage selected what he said about them over the years and his connection with those groups.

The 5 biggest Rock bands in 1970 according to Ritchie Blackmore

Formed in London during the same year as Deep Purple was born, Led Zeppelin became one of the most successful bands in history. In only 12 years of existence, the group recorded 8 studio albums and sold an estimated amount of 200 to 300 million records worldwide over the decades. The band came to an end after the tragic death of the legendary drummer John Bonham, who was Ritchie Blackmore’s friend.

Blackmore even recalled in an interview with Neil Jeffries back in 1995 that he critized Led Zeppelin to the late drummer after Bonham made fun of a Deep Purple song: “I used to be very friendly with Bonzo from Led Zeppelin. We’d be sitting drinking in the Rainbow [bar in LA]. He’d be really up and drunk or really depressed. So he’d be looking at the table. And he used to say to me: ‘It must be really hard to stand there and go: ’der-der-derr, der-der, de-derr’ [Smoke On The Water]. ‘Yeah, it’s nearly as difficult as going: ‘duh-der duh-der dum’ [Whole Lotta Love]. At least we don’t copy anybody!’ He goes: ‘What are you talking about? That’s bullshit!”

“I know exactly where you got “duh-der duh-der dum” from; you got it from Hey Joe, you just put it to a rhythm.’ And he’s thinking. ‘And Immigrant Song was Little Miss Lover.’ ‘What are you talking about?’ ‘Bom-bobba-didom ba-bom bobbadidom…’ He was not a happy man. But he started it.”

“We then went upstairs to the toilet. We’re both there, weeing away, and he says: ‘Rich, did you mean all that?’ I said: ‘No, not really, I was just having a go back at you.’ He says: ‘Oh. I didn’t mean it either. There’s room at the top for everybody.’ So we carried on weeing, then went downstairs and started drinking again,” Ritchie Blackmore said.

Also formed in London in 1968, Deep Purple started with a more Progressive and Psychedelic Rock approach, first achieving moderate success in the United States with their famous version of Joe South’s “Hush”. But the band’s breakthrough album was “Deep Purple In Rock” (1970) that had songs like “Black Night”, “Speed King” and “Child In Time”.

Blackmore was a member of the band from 1968 until 1975 when he left and formed Rainbow. He returned to the group in 1984 and remained as a member until 1993. Since then he never played again with Deep Purple and over the years he said that he has no intent to play with his ex-bandmates again.

The band that created Heavy Metal music, Black Sabbath was formed in Birmingham in 1968, also in the same year that Purple was founded. 1970 was the year that the group released their self-titled debut album that shocked the whole world with their heavy sound and lyrics. In the same year they also released the classic album “Paranoid” that had some of their most famous songs besides the tilte-track, like “Iron Man”,  “War Pigs” and “Faries Wear Boots”.

In an interview with Steve Newton back in 2007, Sabbath guitarist Tony Iommi rated Rainbow and Blackmore’s playing saying: “I thought it was very good (Rainbow). (He is) very good (Blackmore)”. In the same conversation he said that in the early days there was a kind of rivalry between Sabbath, Zeppelin and Deep Purple because they were almost the only bands making a heavy sound at the time.

Formed in Long Island, New York in 1969, Mountain‘s classic formation had guitarist and singer Leslie West, bassist and singer Felix Pappalardi (Who had produced some Cream records), keyboardist Steve Knight and drummer Corky Laing. Some of their most famous songs are “Mississipi Queen”, “Never In My Life”, For Yasgur’s Farm” and “Nantucket Sleighride”.

In an interview with VH1 back in 2000, Blackmore talked about Mountain and “Mississippi Queen”, saying (Transcribed by Rock and Roll Garage): “There is no Hard Rock song which had more impact than that (one). Around 1970, Deep Purple invariably ended up at Rock clubs all over Europe. They would always play music of the latest bands and this one night this band came up doing ‘Mississippi Queen’. We (Deep Purple) didn’t speak to each other for about 3 minutes because we thought ‘who the hell is this? They just completely destroyed our sound (laughs).”

Ritchie Blackmore said in the interview available on Deep Purple’s Youtube channel that at the time Vanilla Fudge was “fading out a little bit, unfortunately.” Even though he praised the American group saying that are a fantastic band. In a conversation with Guitar World in 1991, Blackmore recalled how he met the late Purple keyboardist Jon Lord and he said that both of them loved Vanilla Fudge: “We loved Vanilla Fudge – they were our heroes. They used to play London’s Speakeasy and all the hippies used to go there to hang out. Clapton, The Beatles, everybody went there to pose. According to legend, the talk of the town during that period was Jimi Hendrix. But that’s not true, it was Vanilla Fudge.”

“They played eight-minute songs, with dynamics. People said, ‘What the hell’s going on here? How come it’s not three minutes?’ Timmy Bogert, their bassist, was amazing. The whole group was ahead of its time. So, initially we wanted to be a Vanilla Fudge clone. But our singer, Ian, wanted to be Edgar Winter. He’d say, ‘I want to scream like that, like Edgar Winter.’ So that’s what we were, Vanilla Fudge with Edgar Winter!” Ritchie Blackmore said.

The oldest band on the list, Vannila Fudge was formed in Long Island, New York (Same place as Mountain) in 1967. The original line-up had singer and organist Mark Stein, bassist and singer Tom Bogert (Who later worked with Jeff Beck), guitarist and singer Vince Martell and drummer Carmine Appice (Who later work with Jeff Beck, Rod Stewart, Ozzy Osbourne and many more). They are best known for their heavy and psychedelic version for The Supremes hit song “You Keep Me Hangin’ On”.