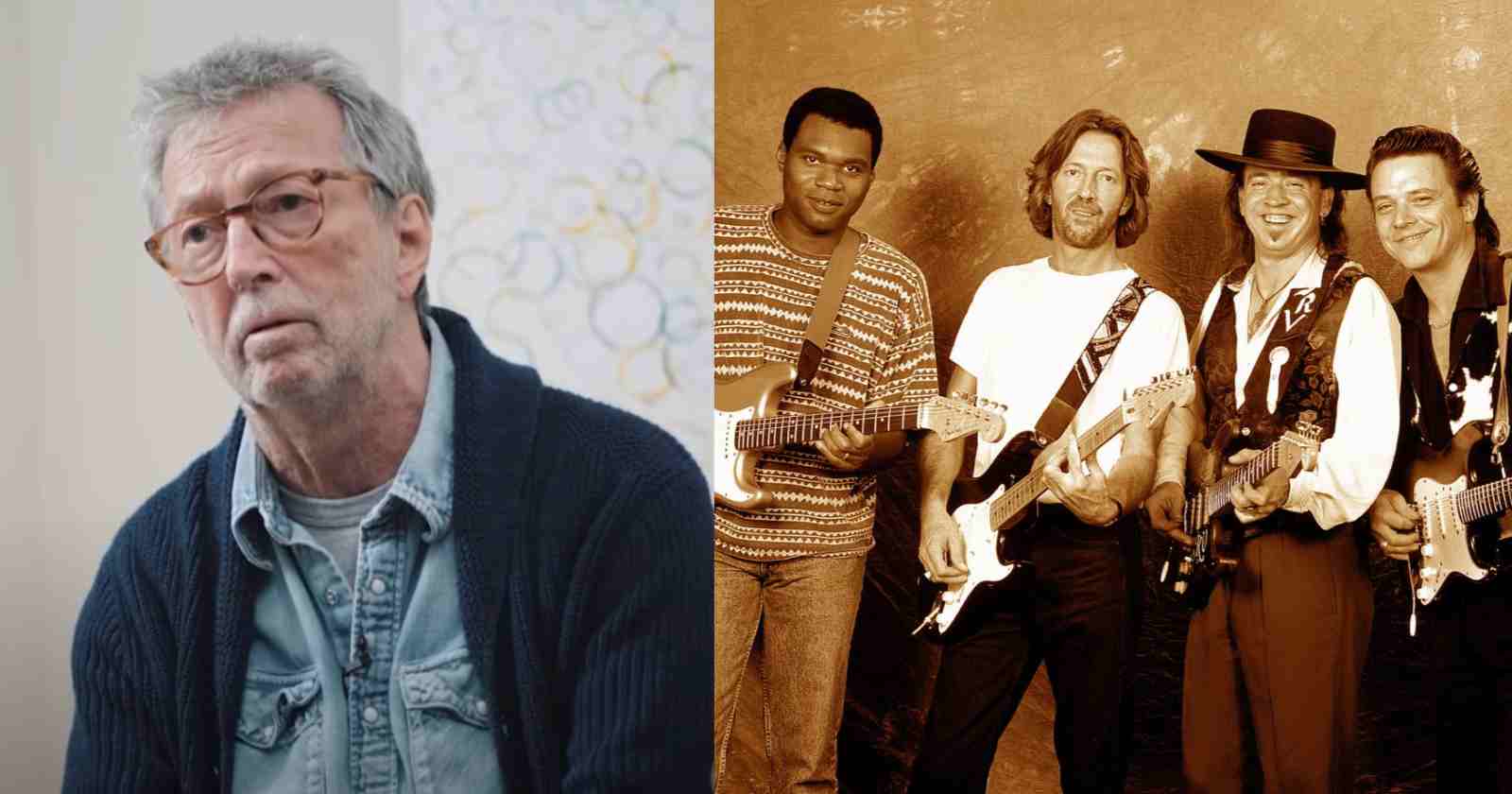 Eric Clapton is often listed among the greatest musicians of all time but he doesn’t think that artists like Bob Dylan and Paul McCartney are his peers. In an interview with Uncut Magazine back in 2015 he listed the musicians that he recognizes as his peers.

The 4 musicians that Eric Clapton recognizes as his peers:

Who do you regard as your peers? Are they artists of comparable stature to you who are still out there doing it – Dylan, Neil Young, McCartney, the Stones – or people like Rosenwinkel?

“I would acknowledge the people who grew up listening to the same stuff as I did, those are the ones that I would be in tune with. People like Jimmie Vaughan, Doyle Bramhall, Derek Trucks, Robert Cray. Though they’re younger than me, those guys. So people who are more well-versed in blues, that’s who I identify with as my peers.”

“Definitely Jimmie Vaughan, he’s probably at number one, and Robert’s not far behind. These guys have stayed true to their principles all the way through. So commercial success hasn’t really swayed them off the path.”

He won the Grammy Awards on four occasions:

Doyle Bramhall II is an American guitarist son of the songwriter and drummer Doyle Bramhall. He is known for his work with Eric Clapton and Roger Waters. When Bramhall was 18, he toured with Jimmie Vaughan’s band the Fabulous Thunderbirds. He released his first solo album Doyle Bramhall II in 1996.

Nephew of the late Allman Brothers band drummer Butch Trucks, Derek was born in 1979 in Jacksonville, Florida. He created the Derek Trucks Band in 1994 and when he was only 20 he had already played with many famous artists like Bob Dylan, Joe Walsh and Stephen Stills.

After performing with the Allman Brothers Band several years as a guest musician he became an official member of the group in 1999.

Born in Columbus, Georgia back in 1953 Robert Cray is an American Blues guitarist and singer who own five Grammy Awards. In the late 80’s besides being a successful solo musician he had the opportunity to be the opening act for Eric Clapton and many other famous musicians. Some of his most famous songs are “Right Next Door (Because Of Me), “Smoking Gun” and “This Man”.

Born in Surrey, England back in 1945, Eric Clapton is considered one of the greatest guitarists of all time being ranked in the second position in Rolling Stone‘s list of the best guitar players. He made history playing with The Yardbirds, John Mayall & The Bluesbreakers, Cream, Blind Faith, Derek & The Dominos and on his also successful solo career.

In addition Clapton received 18 Grammy awards and is the only musician to be inducted three times into the Rock and Roll Hall Of Fame (Yardbirds, Cream and solo). He had sold more than 280 millions records all over the world.