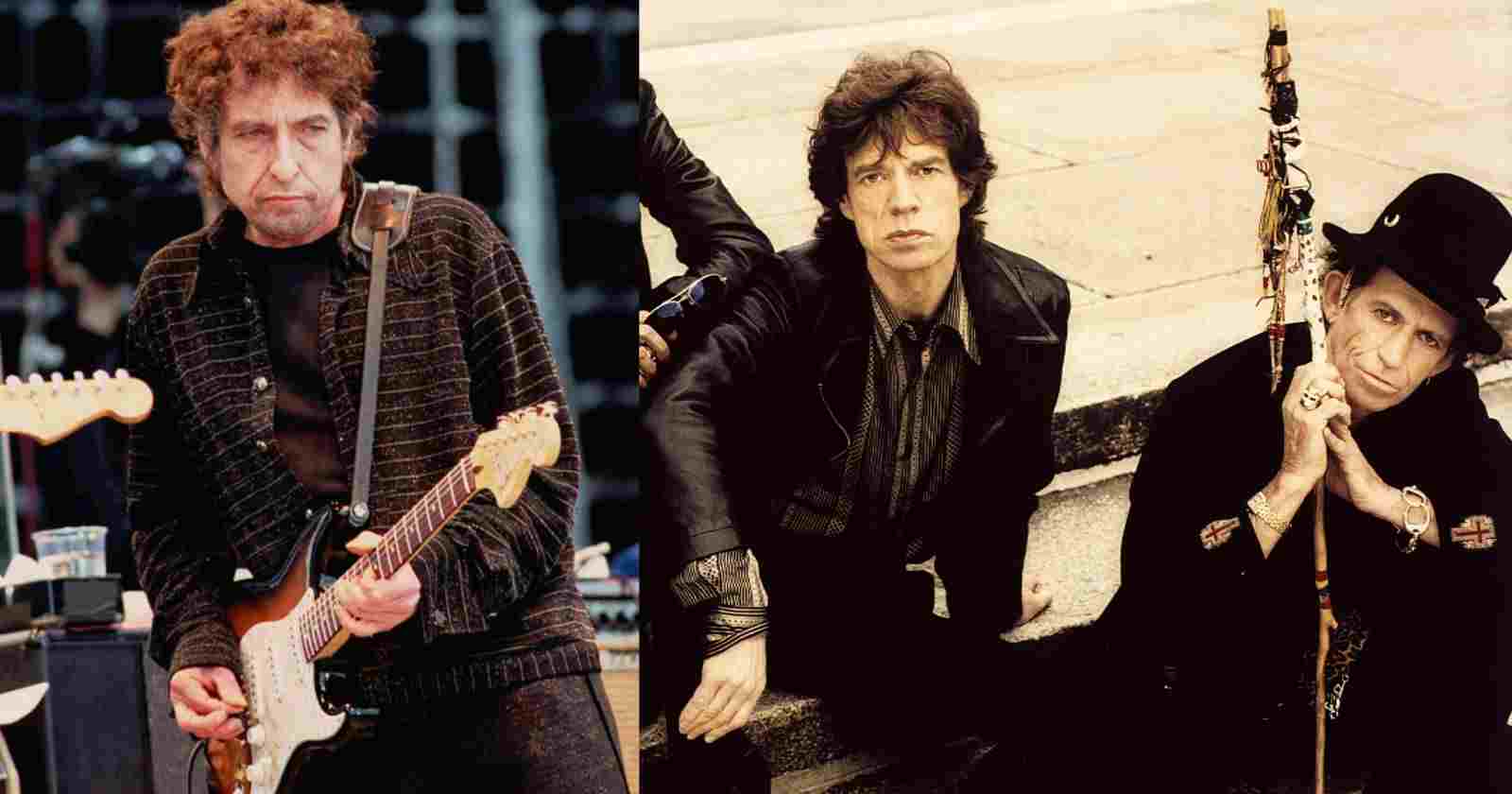 The Black Crowes vocalist Chris Robinson recalled in an interview with Howard Stern back in 2019 when he saw Bob Dylan showing his middle finger to The Rolling Stones in the 90’s when the band was promoting their cover for “Like a Rolling Stone”.

The story of when Bob Dylan showed his middle finger to the Stones, according to Chris Robinson:

The musician started recalling the show: “That was in Montpellier, South of France. It was Black Crowes, Bob Dylan and The Rolling Stones. It was the best week. I will always remember because I’ve met Bob that day and he is ultimately my biggest hero. So we were backstage, I mean, behind Keith’s amps and the Stones, ‘Like a Rolling Stone’ was their single in Europe for that tour, when they were on that Voodoo Lounge cycle.”

“And they’re gonna have Bob sit in and I’m like ‘Oh my god’. So Mick Jagger is wearing like a long blue satin shirt with a belt, pirate style over it and I just remember things. I don’t know my social security number but I know that. So they’re like ‘Ladies and gentleman, Montpellier”, you know. There’s 60.000, 70.000 people out there. (And they say) ‘Bob Dylan!’. Bob comes walking right beside me and Rich and he is wearing the exact same outfit and I was like ‘That’s fucking amazing’. He walks out on stage and you know, The Rolling Stones are The Rolling Stones, the greatest Rock and Roll band of all time.”

“They’re playing a Bob Dylan song and Bob is there. The Stones don’t jam, they don’t deviate, so it’s like (Chris imitates Mick Jagger singing ‘Like a Rolling Stone’) and then they go around the chorus and then they come up to Bob’s turn. So the band brings the (imitates the song’s rhythm) and Bob goes to the mic and doesn’t sing it. And you see them looking around and they’re like ‘Okay’, it’s kind like you’ve missed the turn at a roundabout and you got to go all the way around.”

“So they go all the way around again and ‘One, two, three’ and he just leans into the mic, turns away and I’m like ‘Oh my god, what the fuck’. It goes on for antoher half a verse. And then Mick’s gonna come over and save the day and then Bob finally goes to and start singing something. They don’t finish and they’re walking off stage and we were standing there, (Bob) walks off before the end of the song and they are like ‘Bob Dylan!’ and he turns around and he looks at them (shows his middle finger) saying ‘Fuck you!’ and his give them the finger a I’m like ‘The best fucking concert I’ve ever seen in my life, it’s incredible’. I can see Keith, he goes ‘Don’t be like that, Bob!'”