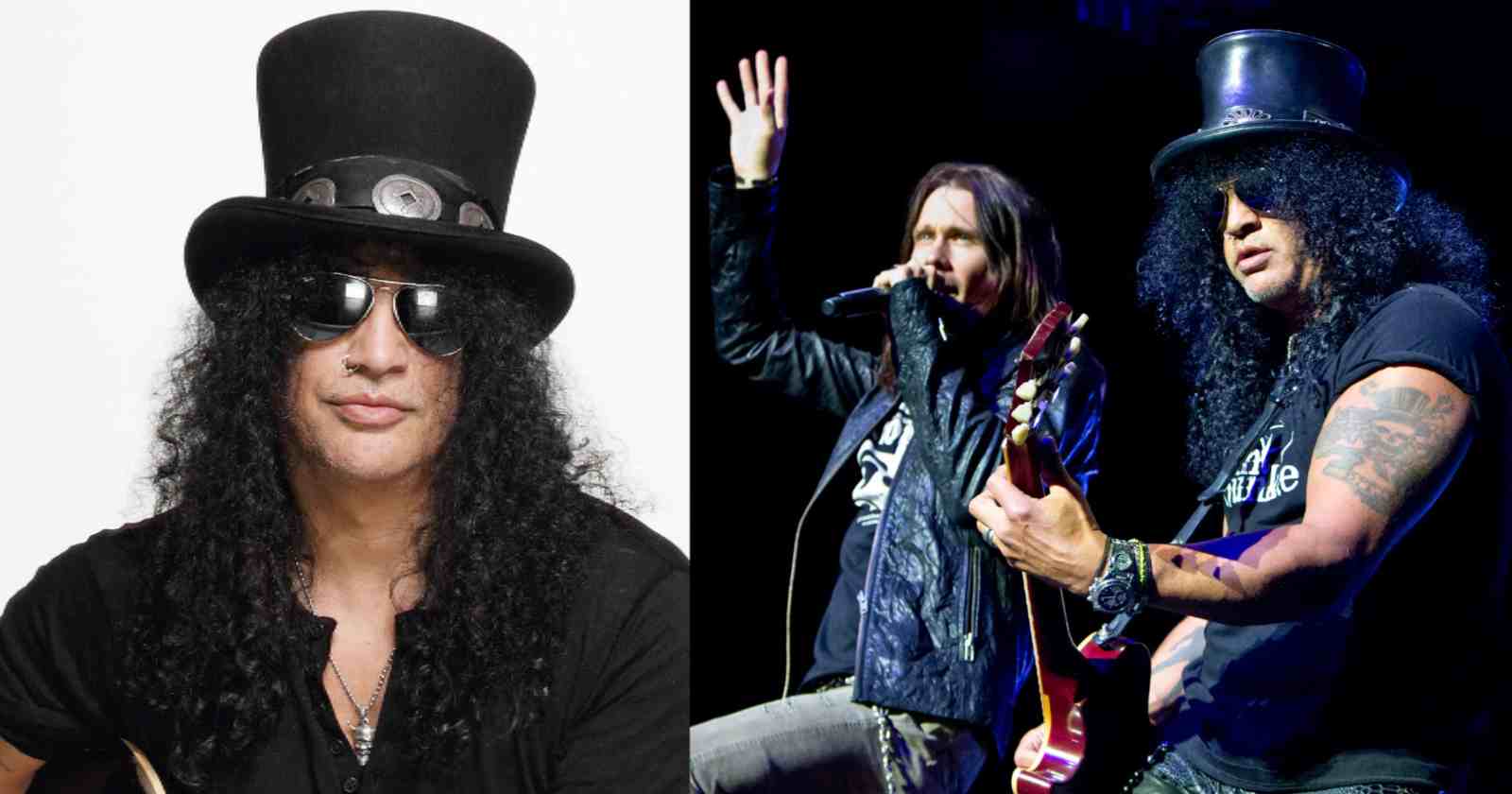 Guns N’ Roses guitarist Slash worked with many amazing singers like Axl Rose, Myles Kennedy and Scott Weiland. In an interview with Forbes back in 2018 the musician born in England but raised in the United States listed the 4 best lead singer of all time in his opinion.

“I’d have to give it to Mick Jagger and James Brown, and I know they’re very much related, but both those guys were so committed. And then Michael [Jackson]. Axl [Rose] is one of the best frontmen of all time too. They’re so committed to the show and so aware of how important that dynamic is.”

The 4 lead singers that Slash listed as the best of all time:

In an interview with Classic Rock magazine back in 2016, he said that The Rolling Stones was one of the bands that he listened a lot when he was a kid: “From day one it was all about the Stones, The Yardbirds, Cream and the Kinks. And I have to bring The Moody Blues into it because they had quite a strange effect on me. Then when I moved to the States it was all about bands like The Doors. My mum was into lots of eclectic music from Phoebe Snow to The Commodores, David Bowie to Led Zeppelin. Both my parents were in the music business so I was around it 24⁄7.”

In an interview with Kerrang magazine back in 2020 Slash talked about working with Michael Jackson: “Initially, it was a phone call from my manager where he said, ‘Michael is trying to get in touch with you.’ I was like, ‘Wow.’ So I called him back and he wanted me to play on ‘Dangerous.’ We made a date. I went down to the Record Plant in Hollywood and he was there with Brooke Shields. That was very surreal. These were two people that I’d sort of grown up with, in a way.”

“So we hung out for two minutes and they went off to dinner and left me with this song. I did my thing, he really dug it and afterwards he kept asking me if I’d be into doing this or doing that. I’d do some shows here and there and it was fun because he was such a pro. He was such a fucking talent from on high. That was the main thing: he was so amazingly musically fluid. Such a treat to be around,” Slash said.

Slash’s bandmate, Axl Rose is remembered as one of the most famous voices from the late 80’s and early 90’s that is already part of Rock and Roll history for Guns N’ Roses albums.