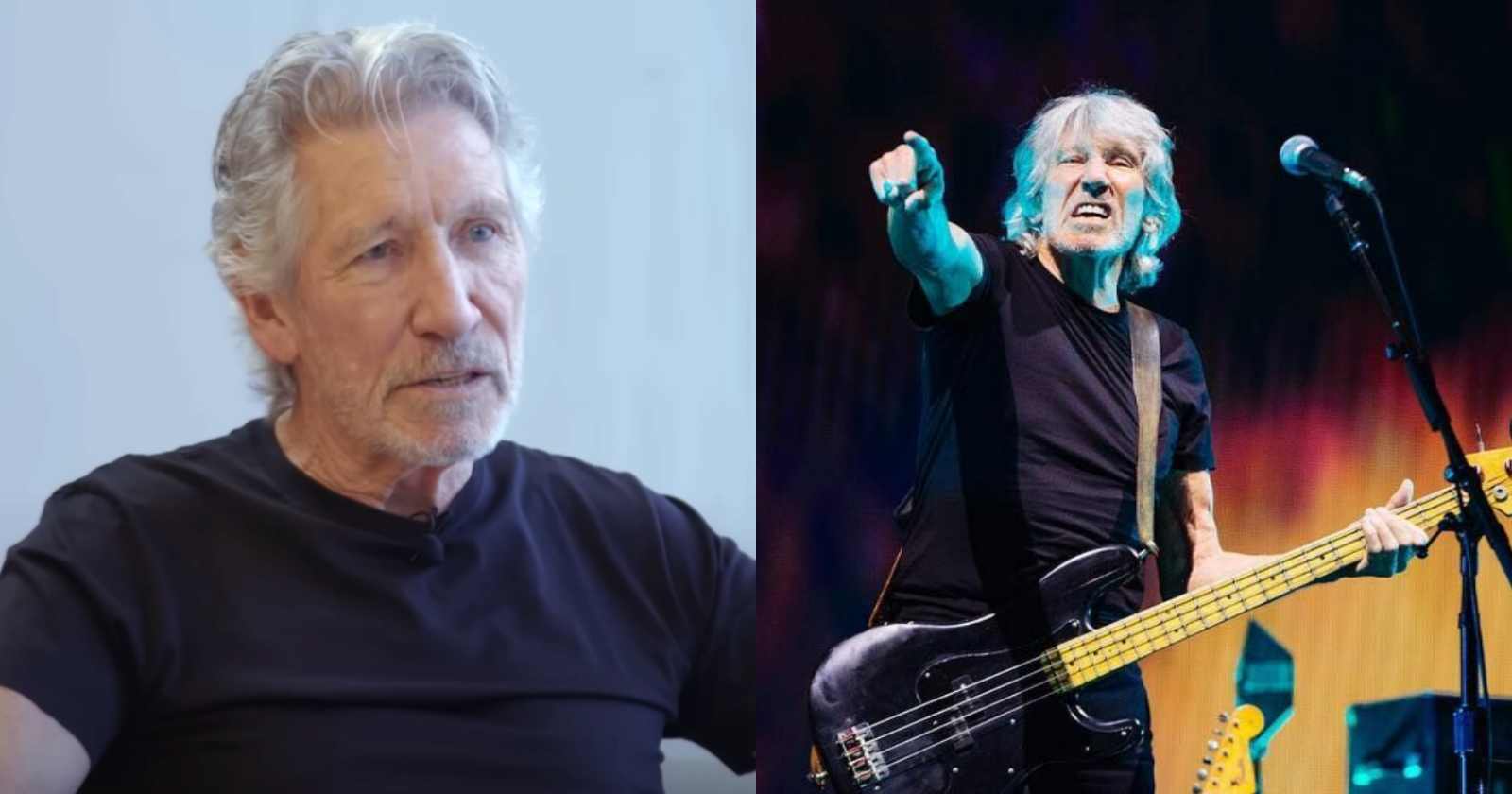 Images from CNN and @kat.izor

Born in Great Bookham, England back in 1943, Roger Waters first achieved fame as the bassist, singer and one of the main lyricists of Pink Floyd. He helped the band to create some of the most successful albums of all time like “Dark Side Of The Moon” (1973) and “The Wall” (1979) that inspired countless musicians all over the world.

In an interview with World Magazine back in 2005, the musician talked about his musical taste and listed 3 songs from the 80s and 90s that he likes. Rock and Roll Garage selected what he said about those groups over the decades.

“Everybody Hurts by R.E.M. That song is phenomenal,” Roger Waters told World Magazine.

Waters is a fan of R.E.M’s music and even watched them live when they were still a new group. He recalled in an interview with John Edginton back in 2001 (Transcribed by Rock and Roll Garage) that he even went backstage to see the group but the vocalist Michael Stipe didn’t gave him much attention. He also said that the singer paid tribute to Syd Barrett at the show, playing the track “Dark Globe”, from the musician’s solo career.

“I went to see R.E.M one day when they were a very new band because I’ve heard something and I liked it. (So) I went to the Hammersmith Odeon to check them out. I’d rung up somebody and I said ‘I want passes’. I thought, ‘Well, I’m gonna go to say hello’. I went backstage and they were very kind of welcoming and rather kind of reverential.”

“We sort of said hello, except for Michael Stipe, who sat in the corner, you know. Kind of refusing to speak, ignoring me, which is fine. It was his gig or they gig. I didn’t mind at all, but I sat and watched the show which was great, I really enjoyed it. Then at the end they went off and then he came back on and he sang ‘Dark Globe’ acapella on his own.”

“I though that was great. I don’t know if he was having a got at me or not, but I thought it was fantastic. He got some of the words wrong, but by and large it was great. I thought ‘how cool’. He may be one of the ‘Pink Floyd (was) nothing after Syd (Barrett)’ camp, which there are a number.”

“Or it may be that he just wanted to show me that he knew that bit of the work as well. But it was great, he sang it really well of course because he’s got a great voice. It was very moving,” Roger Waters said.

“Everybody Hurts” is one of R.E.M’s biggest hits and was released on their 1993 album “Automatic For The People”. That record also had other famous songs like “Man On The Moon” and “Nightswimming”.

The Wallflowers “One Headlight”

“I loved that song One Headlight by The Wallflowers. It probably appealed to me the same way Tommy Steel’s version of Singing the Blues did when I first heard it and took up my position in the corner of the playground to defend it against the Guy Mitchell version!” Roger Waters told World Magazine.

The Wallflowers was formed back in 1989 by Bob Dylan‘s son Jakob Dylan. The group achieved fame in the 90s especially with the release of the album “Bringing Down the Horse” in 1993. That record has the famous track “One Headlight” and other famous songs like “6th Avenue Heartache” and “Three Marlenas”. The album reached number four on the Billboard 200 charts at the time and went quadruple platinum. It’s the album released by the band that sold the biggest number of copies.

The Police “Every Breath You Take”

Written by the band’s vocalist and bassist Sting, “Every Breath You Take” is The Police‘s biggest hit and was part of their fifth and final album “Synchronicity” (1983). The band was originally written from a stalker’s point of view but the main public understands the lyrics as the ones from a love song.

Also released as a single at the time, the song became the biggest hit of the year in the United States and Canada in 1983. It topped the Billboard Hot 100 singles chart for eight weeks. It also won the Grammy Awards for “Song Of The Year” and “Best Pop Performance”.