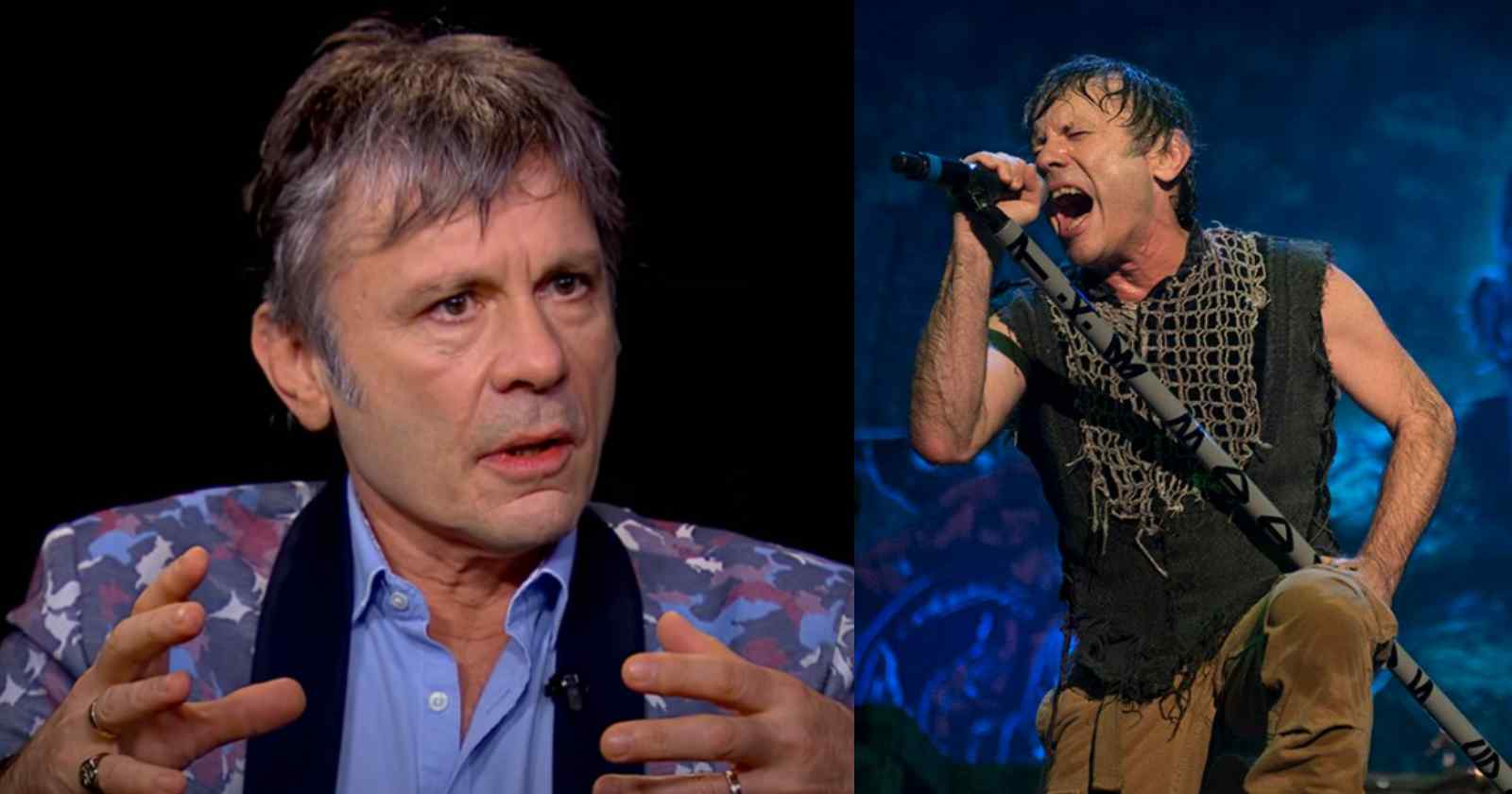 Bruce Dickinson became worldwide famous after he joined Iron Maiden in 1981 and recorded the classic album “The Number Of The Beast” one year later. After many praised records with the band in the 80s and 90s, he became one of the most influential Heavy Metal singers of all time. In an interview with Let It Rock back in 2001, Dickinson listed two singers that he said he liked. Rock and Roll Garage selected what the musician said about those artists over the years and his connection with them.

When asked which singers that were similar to him that he rated the best, Bruce Dickinson replied: “Well, I don’t think he’s a soundalike, but the best rock voice… best two rock voices I’ve heard in a last few years both have been from Grunge bands: it’s Eddie Vedder (Pearl Jam) and the other one is Chris Cornell from Soundgarden.

The legendary Iron Maiden vocalist had already praised Chris Cornell some years before. In a conversation with Folhateen, the teenager segment of the Brazilian newspaper Folha De São Paulo back in 1997 (Translated by Rock and Roll Garage), Bruce, who at the time was out of Maiden, praised the Soundgarden frontman. He said that Cornell was the best voice he heard in Rock music. “The best voice I’ve heard in rock is Chris Cornell. I don’t think he’s going to sing hard rock anymore. But he can beat any metal vocalist.”

One year before, in 1996, when Dickinson was working on his solo album “Skunkworks”, he gave an interview for Wellbeing Network. He talked about one track that was inspired by Soundgarden. “There’s a couple of tracks that we don’t have vocals on, that we recorded with Jack. One of which we won’t use cause the backing track sucks. The other one sounds really cool. It’s basically ‘Headswitch’ but with the riff turned round and slowed down. So it’s virtually a half speed version of “Headswitch”, really heavy. It sounds great.”

“The working title for “Headswitch” was “Fastgarden”, cause it’s a very Soundgarden inspired riff. So we had “Fastgarden” and “Slowgarden”. And “Slowgarden” is still in the can. I haven’t done any vocals on it,” Bruce Dickinson said.

Born in Seattle, Washington, Chris Cornell first achieved fame as the vocalist of Soundgarden, one of the most influential Grunge bands that appeared in the late 80s. His success continued when he formed Audioslave with the members of Rage Against The Machine in the early 00s and then with his solo career. He sadly died at the age of 52 back in 2017.

Bruce Dickinson decided to leave Iron Maiden in 1993 when Grunge was already taking over the Rock and Roll genre. So all the money, the spotlight and the fans were after those bands. But, even though Dickinson was starting his solo career and had to fight against those groups for audience he liked many of them. In an interview with Daniel S in 2021 (Transcribed by Rock and Roll Garage), the producer Jack Endino, who worked with Dickinson in the early 90s revealed that the British singer liked many of those groups, including Pearl Jam.

”He liked some of it. He liked Soundgarden, he loved the ‘Bleach’ (Nirvana) album coming out. Because I mean, that stuff made a pretty big impact in the UK. But in particular he liked Soundgarden, he liked Nirvana. I’m sure he knew about Alice In Chains. His band members as well were very in touch, they liked Jane’s Addiction and King’s X,” Jack Endino said.

Pearl Jam is one of the few successful Grunge bands that are still touring with almost all original members and filling stadiums all over the world. They have released 11 studio albums and sold an estimated amount of 85 million records worldwide.

Nowadays the band is formed by Eddie Vedder (Vocals), Jeff Ament (Bass), Stone Gossard (Guitar), Mike McCready (Guitar) and Matt Cameron (Drums). Cameron was Soundgarden’s drummer from 1986 to 1997 and from 2010 to 2019.

The group was inducted into the Rock and Roll Hall Of Fame back in 2017 by David Letterman.