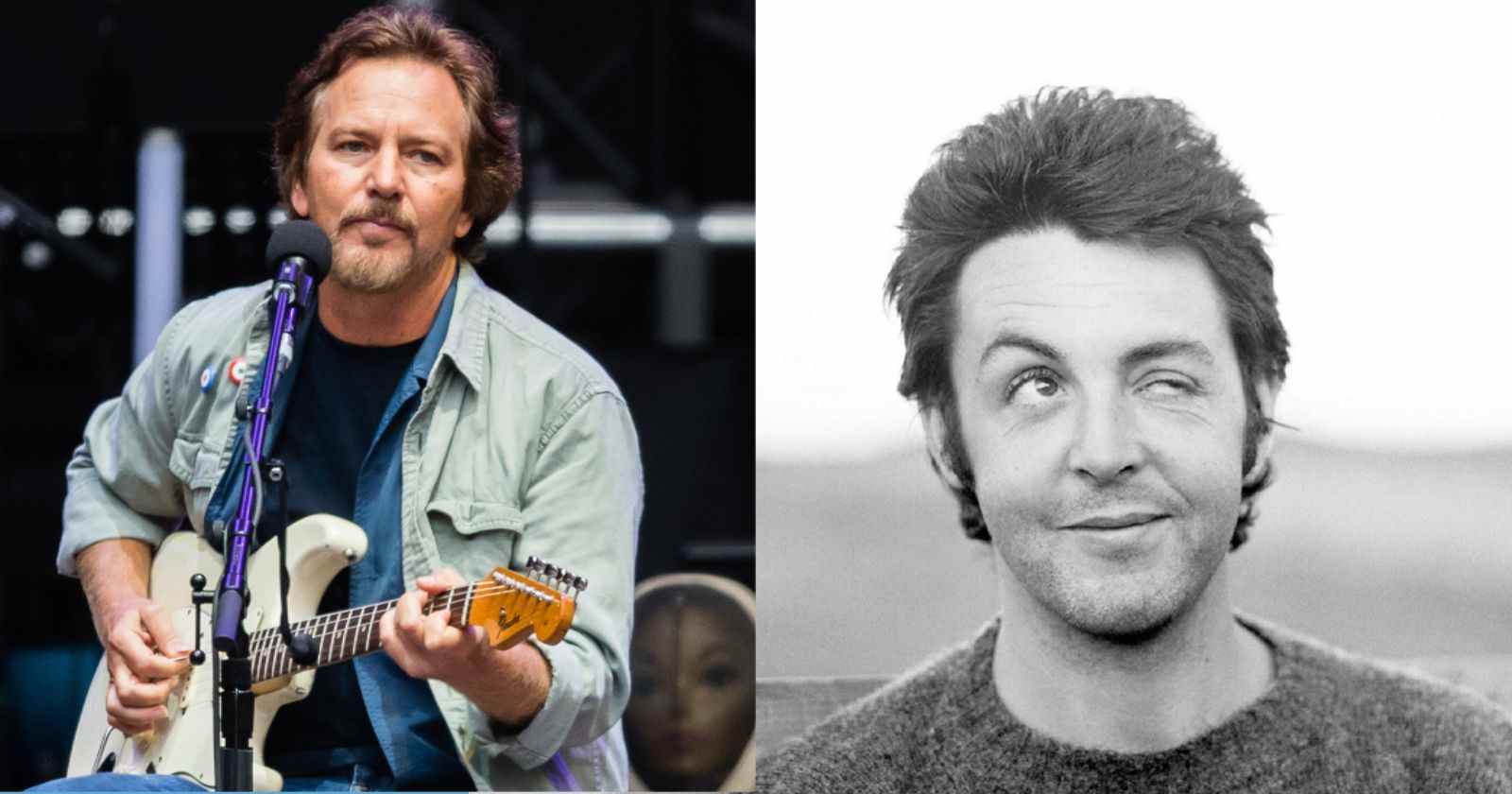 Pearl Jam vocalist Eddie Vedder recalled in an interview with SiriusXM back in 2017 that he was accidentally punched in the face by Paul McCartney once in hotel bar in Seattle. The musician said that it was a real punch and he even tasted a little blood in his mouth.

Eddie Vedder was accidentally punched by Paul McCartney once:

“I was fortunate enough to be with Paul McCartney in the corner of a Seattle hotel bar and he kind of was illustrating how he hit this guy. When he did that he shot out his left arm as if he were hitting this guy and I was standing there and I got hit. He hit me. He didn’t quite pull back the punch, you see. So the story kept on and it was a great, incredible personal story. I caught the end of it, but as I was listening, I was thinking ‘Paul McCartney just hit me in the face and it hurt!'”

“I think I remember tasting a bit of blood. He got me right on the side of the (face). He apologized quickly, so it wouldn’t get in the way of the story and again, a fascinating story. A great time in my life actually, to be hit by Paul McCartney. I remember it hurt for a few days. I remember when it went away, when the pain finally subsided and the swelling went down, I kinda missed it.”

Eddie Vedder, born in December 23, 1964, is an American singer, musician and songwriter, best known as the lead vocalist, one of three guitarists. He also appeared as a guest vocalist in Temple of the Dog.

Vedder is known for his powerful baritone vocals. He was ranked at number 7 on a list of “Best Lead Singers of All Time“, based on a readers’ poll compiled by Rolling Stone.

Vedder was born Edward Louis Severson III in the Chicago suburb of Evanston, Illinois, to Karen Lee Vedder and Edward Louis Severson, Jr. His parents divorced in 1965, when Vedder was an infant. His mother soon remarried, to a man named Peter Mueller. Vedder was raised believing that Mueller was his biological father. He went by the name Edward Mueller for a time. Vedder’s ancestry includes Norway (Severson) and Dutch, German and Danish (Vedder).