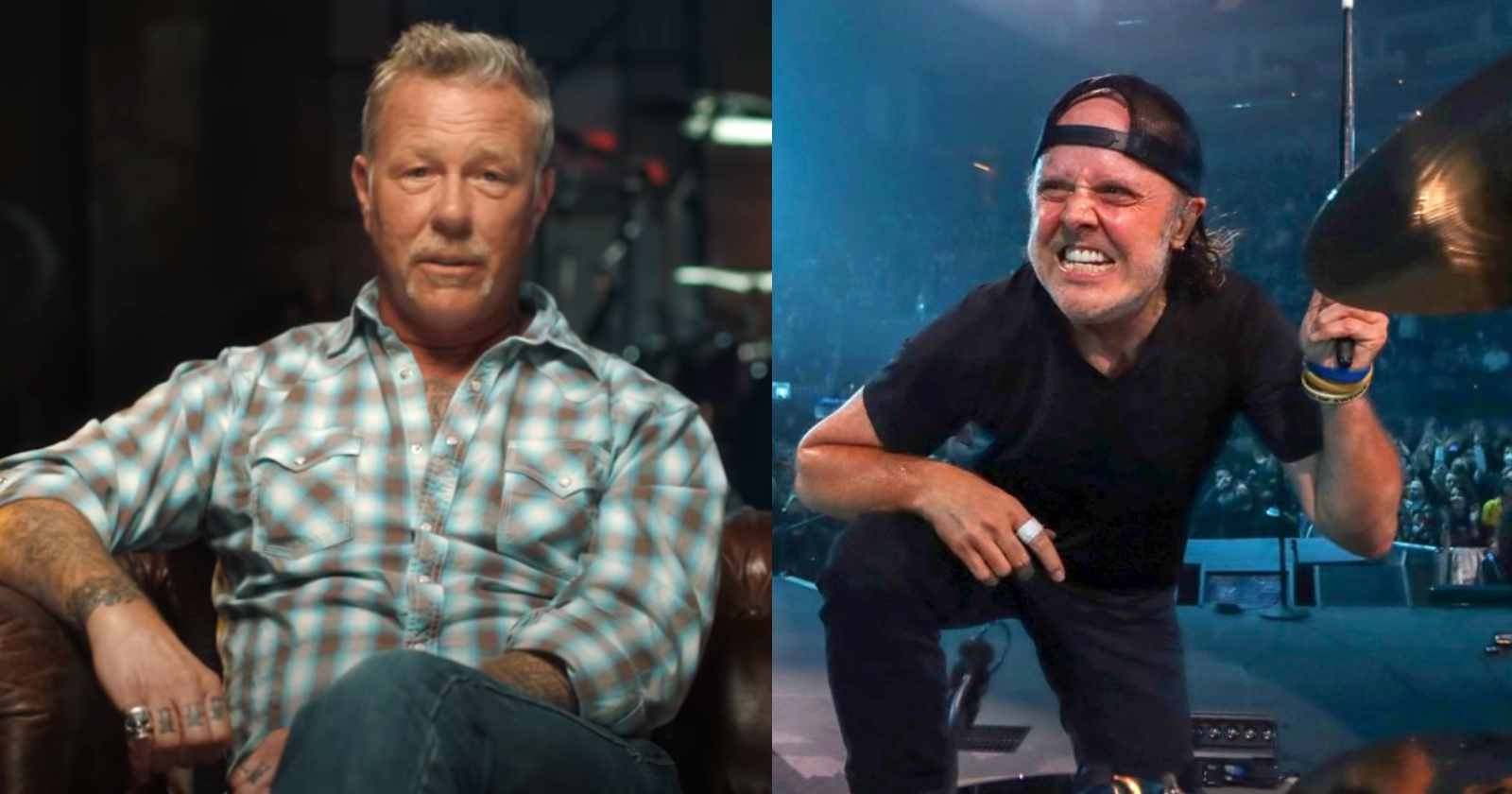 Guitarist and singer James Hetfield and drummer Lars Ulrich formed Metallica back in 1981 in Los Angeles, California and changed Heavy Metal releasing classic albums like “Ride The Lightning” (1984), “Master Of Puppets” (1986) and “Metallica (1991).

In an interview with San Jose Sharks back in 2015 (Transcribed by Rock and Roll Garage), Hetfield and Ulrich named their favorite bands of all time and explained why they are so important for them.

Drummer Lars Ulrich only said to San Jose Sharks: “For me it’s Deep Purple”. He was the responsible to induct the British group into the Rock and Roll Hall Of Fame in 2016 and said in his speech: “In the golden age of Rock and Roll debauchery, they were known primarily for their music.”

In an interview with The Guardian back in 2020, Ulrich listed the 6 bands he would like to have in his dream festival line-up. The musician praised Purple, saying: “I would take Deep Purple in their Gillan, Glover, Blackmore line-up from 1971 to 1973. Deep Purple in 1973 was the first concert I ever went to.”

“I remember being taken aback by the spectacle of it all. Ritchie Blackmore twirling his guitar and playing it with his foot or his bum. They’d change the setlist and improvise and when they were on fire. They were otherworldly.”

As he recalled in a conversation with Classic Rock in 2021, Ulrich had the chance to see Deep Purple and Ritchie Blackmore‘s Rainbow when they played in Denmark, country that the drummer was born. “I saw the first show Deep Purple played with David Coverdale and Glenn Hughes. Rainbow played in Copenhagen a lot.”

“It wasn’t just Ritchie’s guitar playing that was so impressive. It was also his personality – the Man In Black. He was always saying what was on his mind, even if it was a little contrary. Or he was winding people up – he was known as a bit of a prankster.”

Legendary bassist and singer Glenn Hughes remembers seeing Lars Ulrich when he was just a kid as he revealed in an interview with Kiki Classic Rock in 2021: “My first show with Deep Purple in December [1973] was in Copenhagen. I remember very clearly. At that hotel before the show, there was about 50 fans outside the hotel.”

“And I saw a young boy — he must have been 12 or 13 years old with his father. He had his eyes against the window. And I went outside to speak to him, and it was Lars Ulrich. [Laughs] He remembers it.”

“(All time favorite) band is hard because there is so many. Led Zeppelin is in there, Motörhead, boy… they all offer a little bit different. But if I was stuck for one… Black Sabbath”.

Besides covering Black Sabbath’s “Sabbra Cadabra/National Acrobat” on their 1998 covers album “Garage Inc.”, James Hetfield and Lars Ulrich were the ones who inducted the band that founded Heavy Metal into the Rock and Roll Hall of Fame back in 2006. In his speech at the ceremony, Hetfield said (Transcribed by Rock and Roll Garage): “Black Sabbath is mammoth riffs with menacing lyrics that make me ‘oh so happy’ that was going to be my speech and that was it. But Springsteen kind of upped the ante last year.”

“I’ll go a little deeper, picture a 9 year-old boy, quiet, well behaved on the outside but on the inside boiling and dying for life to burst open with any sort of stimulation. The discovery of music was what was to burst it wide open, but not just any music. This was more than just music. (It was) a powerful loud heavy sound that moved his soul,” James Hetfield said.

Often praised as the “Riffmaster”, Tony Iommi is Black Sabbath guitarist, the band that created Heavy Metal music. Sabbath’s heavy sound has much to do with the accident Iommi had in a factory he worked when he was young where he lost a part of two fingers. In order to be able to play he had to change his guitar tuning and had to create a kind of protection made of mealted bottles and even an old leather jacket so that he could play. He is the only member of the band that played in all the albums from their discography.

Until 2018 Metallica sold an estimated amount of 125 million records worlwide, what makes them one of the best-selling bands of all time. They were inducted into the Rock and Roll Hall Of Fame back in 2009 by Red Hot Chili Peppers bassist Flea.

Over the decades they also received several prizes, including 8 Grammy Awards from 18 nominations.