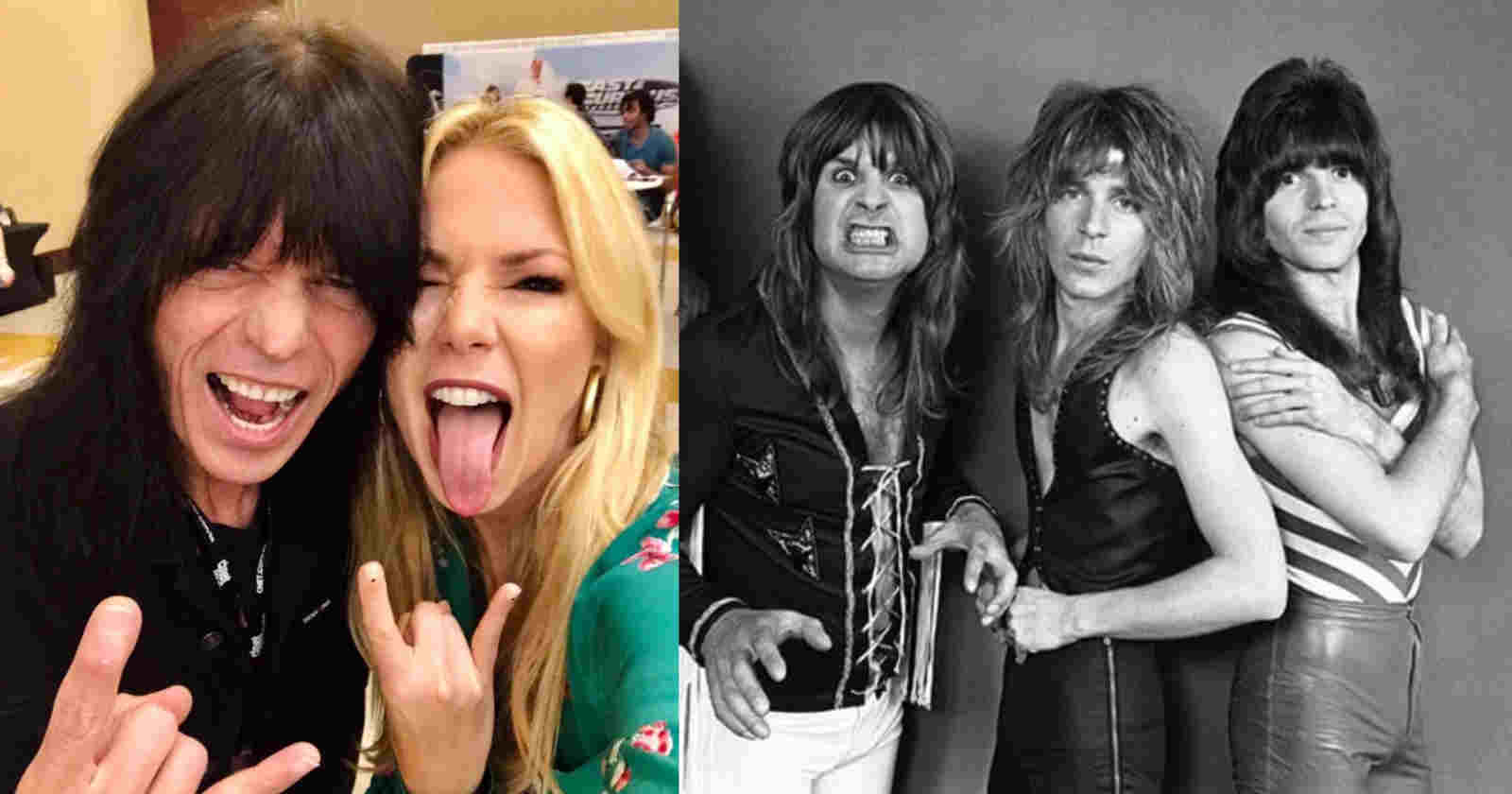 “My first impression of Randy Rhoads was something that captivated the local fans. By that, Quiet Riot, even though they had an arena persona, it was one built around the Seventies Sunset Strip image. It was glam rock, glitter rock, it was the same scene that the Runaways came out of. It was Sunset Strip glitter rock, which was the London glitter look, but with a suntan, so it had a little healthier look to it. If you can imagine Ziggy Stardust with a suntan, it was a little like that.”

“I saw that and I could connect with it. Even before I left Florida, I was really heavily into the whole glam-rock scene. I saw Bowie perform in Florida in 1972. As a matter of fact, the opening band was Frankie Banali’s band, which is how I met him. We met the following day at the local hangout, the Flying Machine. I introduced myself and went, “Hey, man, I love your band, man, especially your drummer.” He goes, “Oh, thanks. I’m the drummer.” Then we started playing together. It was my [22nd] birthday, November 18th, 1972.”

“Getting back to the whole L.A. scene, I thought they just really stood out. Watching Randy perform with Quiet Riot during that period, and there’s plenty of videos on YouTube, it was like he was overqualified for being in that band. Growing up as a classically trained musician, he could not bring that side of his playing in a glitter-rock band. It just didn’t make any sense, sonically, with the arrangements of the songs, so he just stuck to what the Quiet Riot songs were all about.”

“It wasn’t until I joined the band and learned about Randy … And then I started teaching at his mom’s school. He was in the room teaching [another class] next to me, and I’d hear him playing things he’d never play at rehearsal. Our rehearsal was just Quiet Riot music, that was it. He wouldn’t come in and play classical music. I didn’t know he could play classical music until I heard him at his mom’s school.”

“That’s basically what he brought to Ozzy. I recall having a conversation with him when I joined the Blizzard of Ozz about how the whole thing came about. When he played with the Blizzard of Ozz band, I couldn’t believe it was the same guy. It was so non-Quiet Riot. To me, that’s how you create something brand new. You don’t bring your past into your future. You create a vision of what you want your future to be like and you move that forward.”

Eddie Van Halen and Randy Rhoads are obviously two of the best guitar players of all time. It’s amazing that they grew out of the exact same scene at the exact same time.

“Yeah. And I would throw [Dokken’s] George Lynch into the mix, too. George is really respected by a lot of guitar players and musicians, but he doesn’t seem to have that popularity X factor that Randy and, of course, Eddie have coming out of that same scene. These were guys that created something new, something completely different,” Rudy Sarzo said.