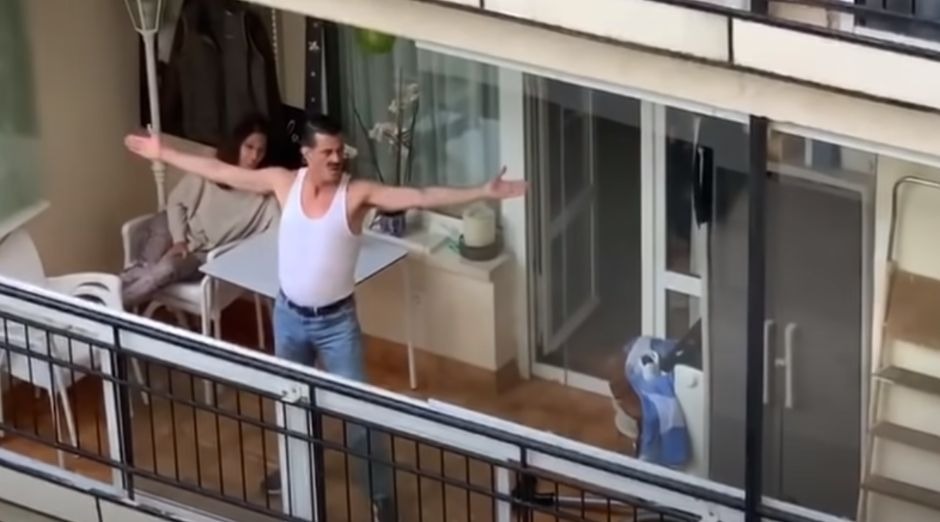 During this hard time on quarantine, people all around the world are trying to have fun at home. And a Queen Spanish fan Carlos Díaz Ballesta transformed himself into Freddie Mercury and danced while the classic “I Want To Break Free” was being played. Of course, all his neighbors watched him and recorded the “performance”.

In the presentation, Ballesta also danced with a vacuum cleaner. Reference and tribute to the music video, in which Queen members dressed like the characters in Coronation Street, a British soap opera.

“I Want to Break Free”

When the video for “I Want to Break Free” was released, it became a hit. Except in the United States, where no one had understood what the band meant by the video. “Around the world, people laughed and understood the joke,” Queen guitarist Brian May told NPR Radio. “I remember being on a promotional tour in the Midwest United States and people’s faces went pale and they said, ‘No, we can’t play this”.

The song was written in 1983 by John Deacon and released in early April, in 1984. The main theme of the song is in its title, which is repeated throughout the verses. Love is also present, due to the fact that the lyric self declares that he fell in love once. And that he cannot overcome what happened in contrast to his loneliness.

There are three versions of the song: the one published on the album, the edited and short version on the single and extended, with the inclusion of an instrumental part with synthesizers. The song’s solo is erroneously interpreted as being done by Brian May on a guitar. But the song’s own author (John Deacon) imposed that he didn’t want a guitar solo in the song. The solo was actually composed by Fred Mandel on a synthesizer. After that being played by Brian May for the recording.