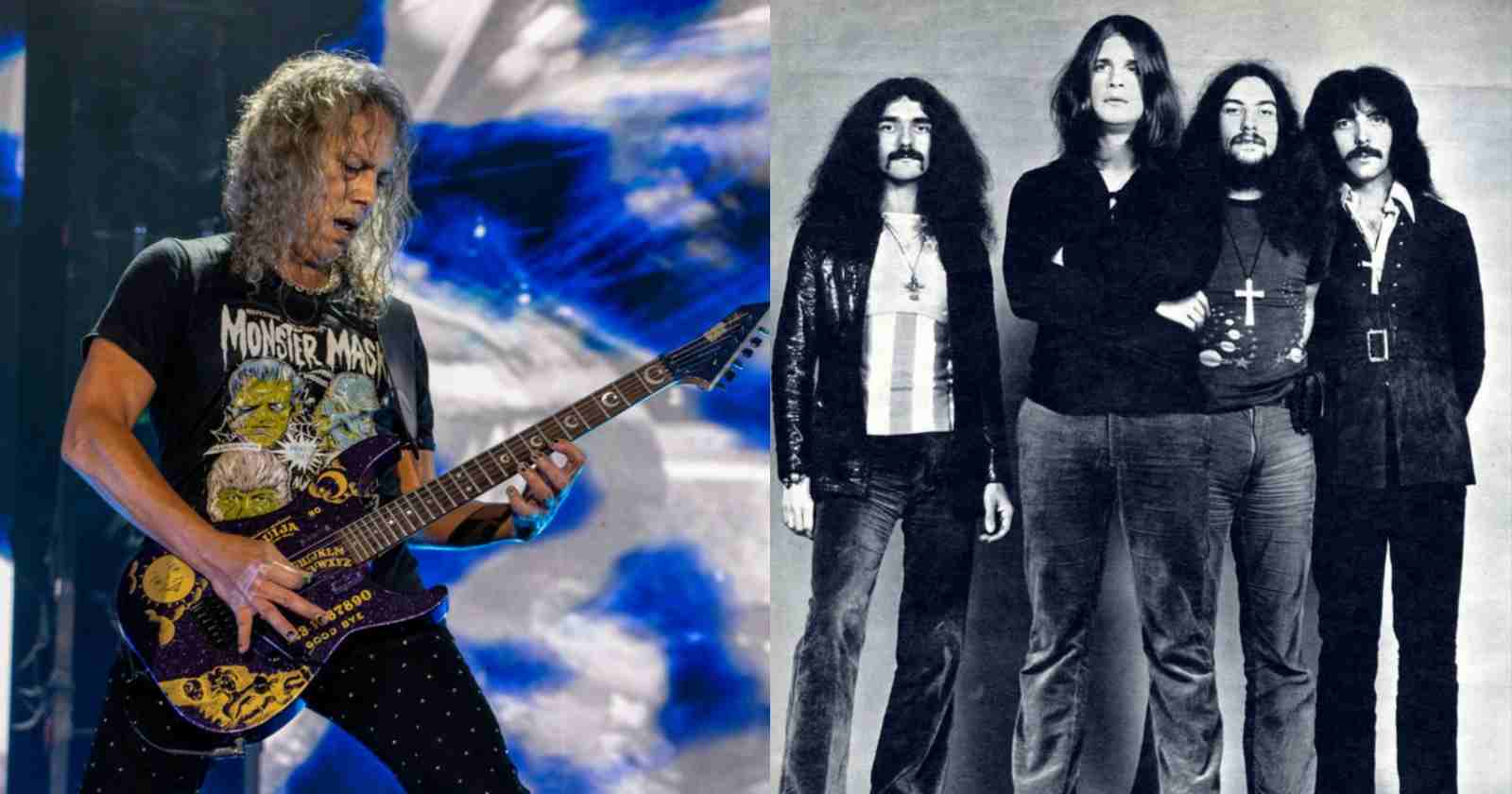 The Metallica guitarist Kirk Hammett recalled in an interview with Gibson (Transcribed by Ultimate Guitar) his reaction when he first heard Black Sabbath. The musician who is a huge horror fan and collector was interviewed by the Halloween special “Metal and Monsters” produced by the guitar company.

“Horror and music came together for me when I first heard Black Sabbath. It was quite a thing for me. I remember I was 16 years old, and I was with a bunch of friends, we went out camping. It was at night around the campfire, someone put on the first Sabbath album, and I’d never heard it before.

“And I *actually* got scared. I couldn’t believe it! I was like, ‘This is like a horror movie!’ It was all dark, there was a fire. Everyone got silent and I was listening to the [album], I actually got scared. But Sabbath, it was the first enmeshment of the two.

“I knew about Black Sabbath, and I knew that they’d gotten that title from a Boris Karloff horror movie, but I never really, really got around to listening to them. I was into Cream and Jimi Hendrix… Pat Travers and UFO, weird stuff like that, Deep Purple…Eventually, I would have gotten around to Sabbath sooner or later, but it was a moment because we were out outside camping, and it was scary as fuck,” Kirk Hammett said.

In an interview with Pop! Talk (Transcribed by Rock and Roll Garage) in 2022, the musician chose the best horror movie villain of all time and explained why he think the character is the best that ever appeared in the movies.

“It’s probably obvious, Satan! Come on! (Laughs). It’s in so many of those movies”. Then the musician also named his favorite Universal Studios monster, saying: “I love Frankenstein and The Mummy and then Drac(ula). It goes in that order of creature”.