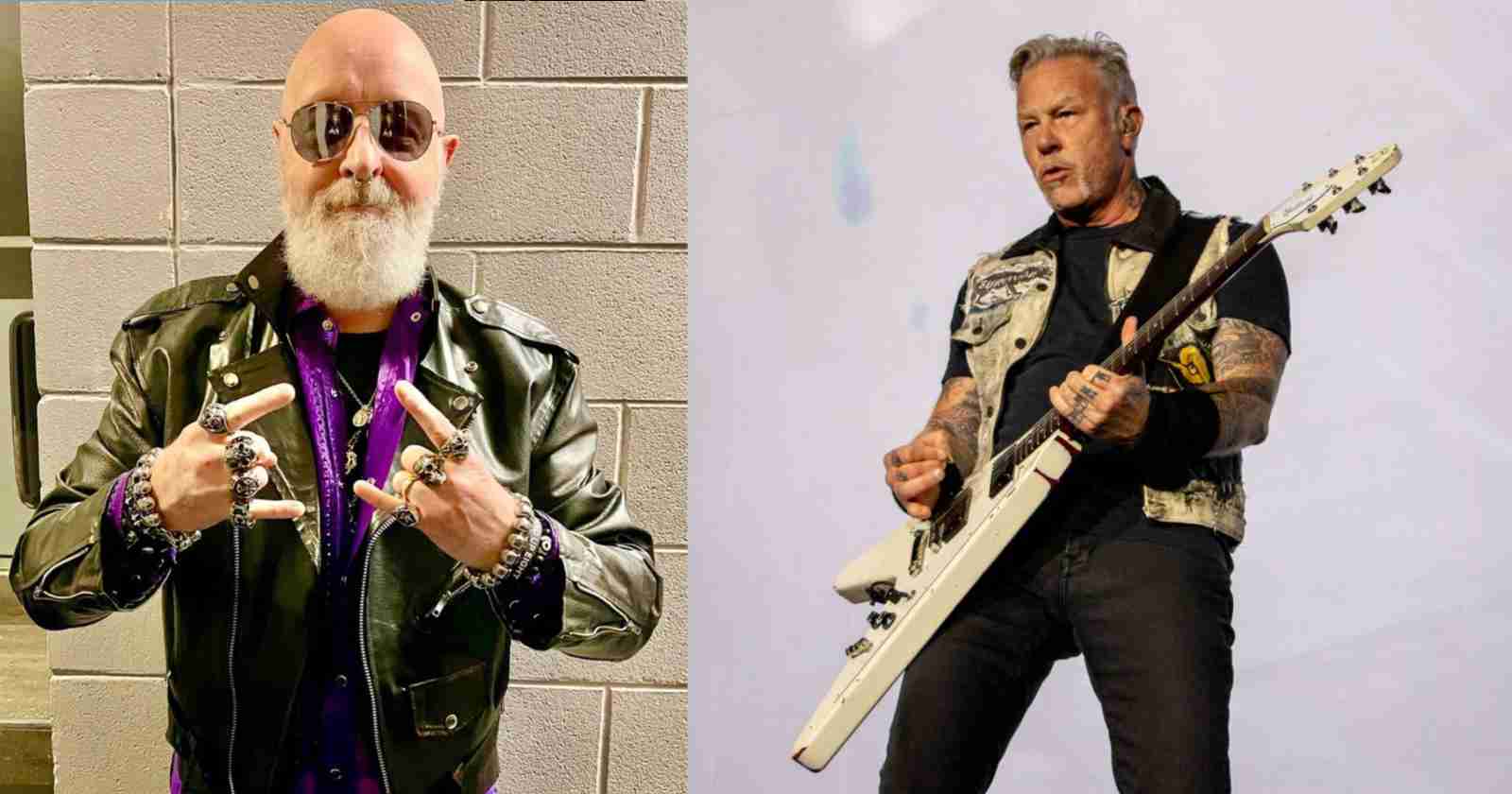 The legendary Judas Priest vocalist Rob Halford, also nicknamed The Metal God, recalled in an interview with Metal Hammer how he reacted when he first heard Metallica back in the early 80s and listed the three albums that are some of his favorites from the American Thrash Metal band.

Formed in Los Angeles back in 1981, Metallica became one of the best-selling bands of all time with more than 125 million records sold worldwide.

The British musician told Metal Hammer that when he first heard Metallica he thought they were great and also thought that it was interesting that they came out of San Francisco that until that era was considered a place more linked to the hippie culture. “The first few albums are still my favourites, Kill ’Em All, Ride The Lightning, …And Justice For All.”

“It was great: here was a band from America, on the West Coast, who are part of the world that… maybe this will sound ridiculous. But when I was growing up, San Francisco was this hippie place. Beads and sandals and all that kind of stuff. Then you get these metal maniacs making this incredible racket! Wow!” Rob Halford said.

Released in 1983, “Kill ‘Em All” was Metallica’s debut album made by the independent label Megaforce Records. It has classic songs that are still played by the band live in concerts until nowadays like “Hit The Lights”, “Jump Into Fire”, “Whiplash”, “No Remorse” and “Seek & Destroy”.

A highly influential album, it is considered one of the records that really shaped the Thrash Metal genre that would become huge in the 80s.

Released in 1984, “Ride The Lightning” was Metallica’s second studio album. It was recorded in three weeks with producer Flemming Rasmussen at Sweet Silence Studios in Copenhagen, Denmark.

The title of the album was taken from a line in Stephen King’s novel “The Stand”, when a character uses the phrase to refer to execution by electric chair.

The record has some of the band’s most famous songs like “Ride the Lightning”, “For Whom the Bell Tolls”, “Fade to Black” and “Creeping Death”.

“…And Justice for All” is Metallica’s fourth album and the first one to feature bassist Jason Newsted. He replaced the late Cliff Burton, who tragically died in 1986 at the age of 24. But it was loved by many fans but also criticized by others due to the lack of bass guitar sound in the tracks.

Also marked the beginning of the band’s experimentation with different musical approaches. It also has famous tracks like “Blackened”, “One”, “Harvester of Sorrow” and “To Live Is to Die”.