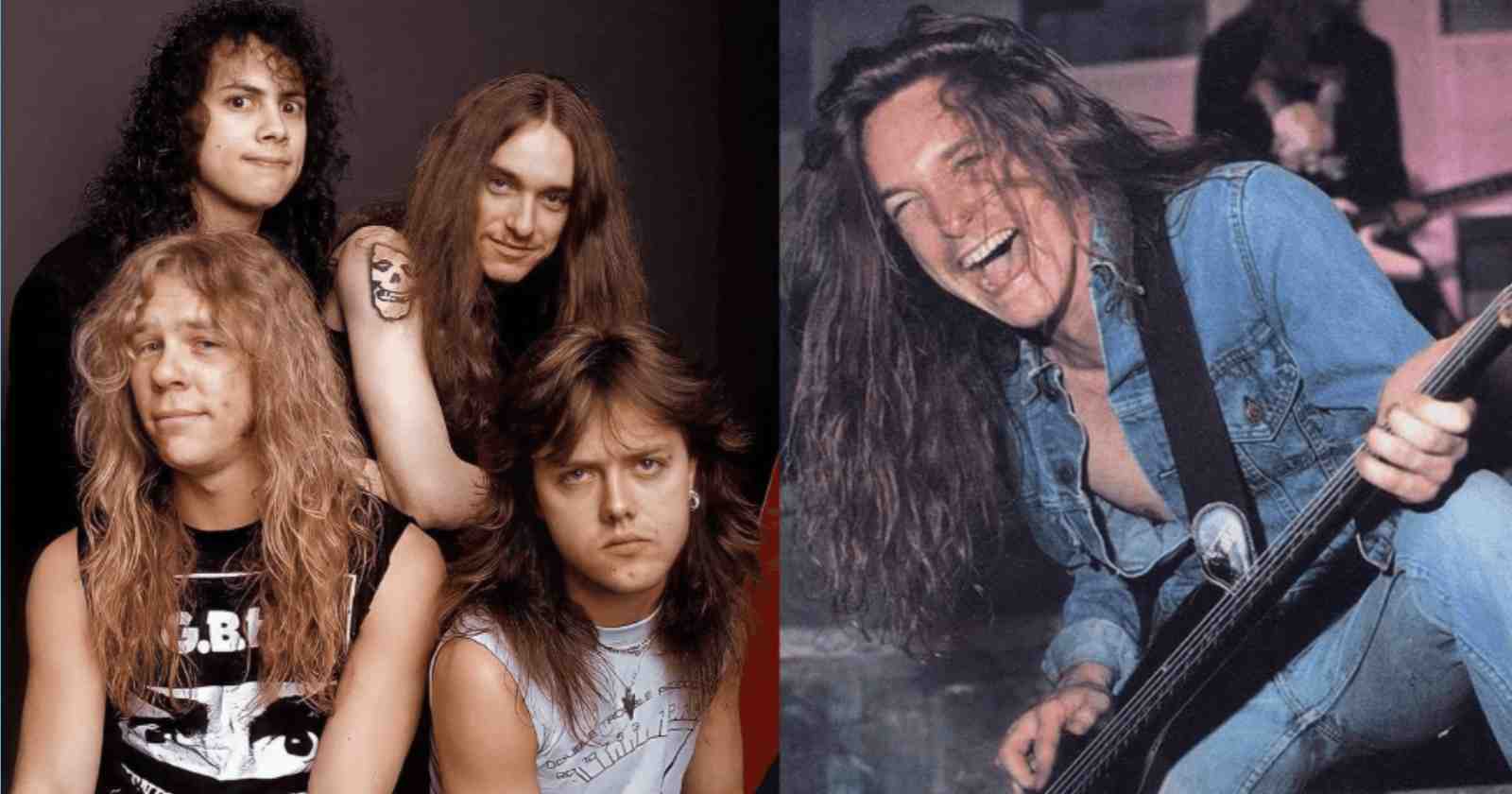 The classic Metallica bassist Cliff Burton was an important part of the group, playing on the band’s first 3 albums that became very influential. His career was cut short when he died at the age of 24 in a bus accident during a tour with the band in Sweden back in 1986.

Many of the band’s classics were composed with Burton and in an interview with Thrash Metal magazine back in 1986, just a few months before he died he revealed which Metallica song was his favorite and explained why.

When asked by the interviewer about the 1986 album “Master Of Puppets”, Cliff Burton ferrered to the title song as “Master, Master” and said: “I think, is the best Metallica song yet. The lyrics are getting a lot better. Everything is kind of growing a bit. It’s progressing.”

The third Metallica album and the last one featuring Cliff Burton “Master Of Puppets was released on March 3, 1986 by Elektra Records. The record was made in Denmark at Sweet Silence Studios with producer Flemming Rasmussen. It peaked at number 29 on the Billboard 200.

In an interview with The Guardian back in 2016, Metallica drummer Lars Ulrich recalled the recording of the album and how brilliant Cliff Burton was: ” It was Cliff Burton’s last album. I remember how brilliant he was at arranging harmonies and the melodic side of everything. He had to hang around a lot while we sorted out the drums and rhythm guitars. He was really, really bored. But when he came to record his parts he was out of this world.”

In the same interview he said that when mixing the album in Los Angeles the group used to hang out with Iron Maiden‘s manager Rod Smallwood. “I remember mixing the record in LA. We used to hang out with Iron Maiden’s manager, Rod Smallwood. He had a house two blocks from Sunset Boulevard that frequently became an after-hours hang. So one night, our song Welcome Home (Sanitarium) came on in the background. Rod said: ‘That was really cool. Can I hear it again?’ It was as if God had spoken. I thought: ‘You know what? I think this is going to work out’.”

The famous album cover was designed by the band and Peter Mensch a painted by Don Brautigam. To promote the record the band embarked on a 5 month tour as Ozzy Osbourne’s opening act. The European leg of their tour was canceled after Burton’s death in September 1986.

In 2015 also became the first metal recording to be selected by the Library of Congress for preservation in the National Recording Registry for being “culturally, historically, or aesthetically significant.”