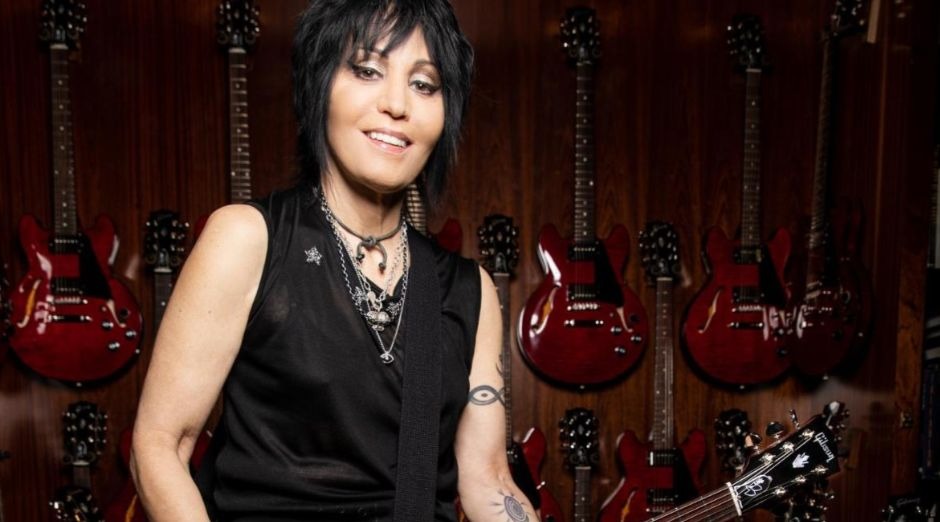 Joan Jett will perform live next friday, April 24, to raise donations for charity in a partnership with Rolling Stone magazine and Gibson. They teamed to offer a special series of musical performances with the aim of raising funds for MusiCares. Which is also in the fight against the Covid-19 pandemic. The In My Room concert with Joan Jett will happend next Friday (24 April) at 3pm ET on the magazine’s Instagram.

The artist didn’t shared details of her setlist, but has already moved to show that she is fully aligned with the main sense of making live broadcasts at this moment. She signed a custom guitar, Gibson Joan Jett ES 339 (there are only 150 in the world) to be auctioned on CharityBuzz.com with all the money raised for charity.

Last month, she stood with Alice Cooper at the helm of Cleveland Rocks: From Our Living Rooms. Which raised funds for the Greater Cleveland COVID-19 Rapid Response Fund. A project that complements the work of the public health authorities of the Cleveland region in the United States.

#Masks4AllChallenge — My mask protects you, your mask protects me AND encourages others to do the same. We accepted the challenge. Your turn— Show us your mask!

Joan Jett was born in Wynnewood, September 22, 1958. She is described as one of the most important women in the history of the rock. Reaching its peak in the 70s alongside his bandmates The Runaways. Also on a solo career during the 80s and 90s. In addition to being known and constantly cited as the Queen of Rock. In 2003, Joan Jett was named by Rolling Stone the 67th best guitarist of all time. She is one of the two women on the list, the other is Joni Mitchell, who is in 75th position.

Bon Jovi cancels 2020 tour to help fans get ticket refunds
Ticket companies will give refunds for more than 18.000 shows postponed
To Top