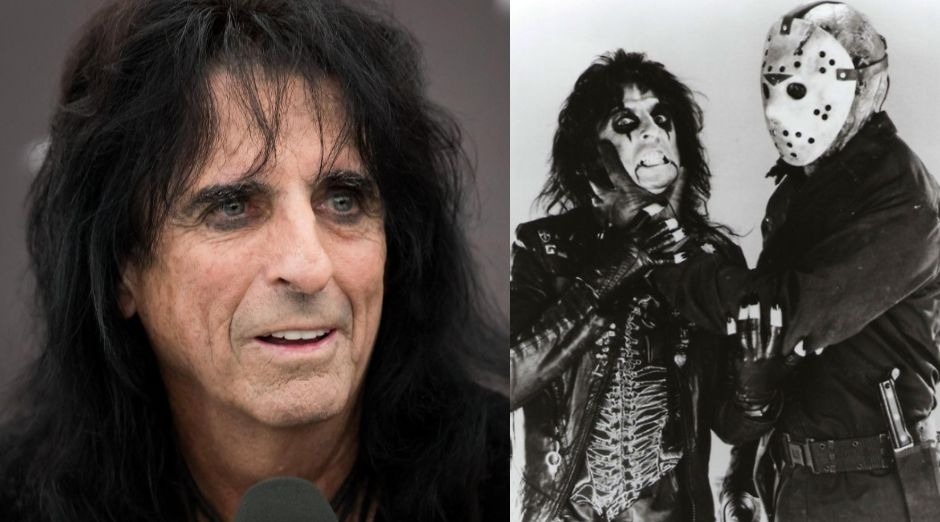 Suddenly the entire world was forced to stay at home to help fight the Coronavirus pandemic. And the father of shock-rock, Alice Cooper has prepared a list of 13 horror films for fans to watch while on quarantine. There are classic movies like George A. Romero’s “Night Of The Living Dead”, movie that created the modern zombies and new movies, like Jordan Peele’s “Get Out” (2017).

The world has been taken over by terrifying creatures that promote deadly attacks at the slightest sign of noise. In this scenario, the couple Evelyn (Emily Blunt) and Lee Abbott try to protect and raise their young children, Regan, Marcus and Beau, in total silence amid a climate of extreme tension. Nominated for the Golden Globe for Best Original Soundtrack.

A plague turns most of humanity into bloodthirsty zombies. An unaffected group is preparing for the most dangerous journey of their lives: trying to reach a military fortress in Manchester. Directed by Oscar winner Danny Boyle.

To make sure Jason is dead, two young men go to the cemetery where he is buried. They dig up the body as they intend to burn it, but accidentally resurrect Jason when they try to impale the murderer’s corpse with a piece of metal during a lightning storm. One of them tries to warn the police, but ends up being arrested and sent out of the city. Alice Cooper composed the songs in the movie.

A group of young friends decide to go on expedition to a cave. A rock slide, however, leaves the girls trapped with scarce supplies. As the tension grows, they discover that strange and evil creatures inhabit the place.

A young photographer discovers a dark secret when he meets his girlfriend’s seemingly friendly parents. The movie won the Oscar for Best Original Screenplay. It is written and directed by Jordan Peele.

In the future, a wealthy family is held hostage by harboring the target of a murderous group during the Night of Crime, a 12-hour period in which any and all crimes are legalized.

In 1973, the Texas police dismissed the case of a terrible massacre of 33 people caused by a man wearing a mask made of human skin. In the years that followed, the police were accused of doing a bad investigation and killing the wrong guy. Only this time, the only survivor of the massacre will tell in detail what really happened on the deserted Texas road, when he and 4 friends were going to visit his grandfather.

Five young people will spend a weekend in a secluded cabin in the woods of Tennessee. After that, they have strange experiences, obviously caused by the presence of the Book of the Dead (the Necronomicon Ex Mortis, bound in human skin and written in blood) that they found. Soon after they find a tape recorder, inside a tape that was recorded by the hut owner (an archaeologist), containing the translation of some passages from the book.

A lethal virus spreads quickly and turns humans into zombies. Former UN agent Gerry Lane is called on to investigate the epidemic that is wiping out humanity, starting a real race against time.

A doctor’s trip with his wife is interrupted when the couple finds the body of a boy on the road. They try to call the police and end up in a village where young worshipers of a macabre cult perform human sacrifices.

Ben (Duane Jones) and Barbra (Judith O’Dea) are the protagonists of a story about the mysterious resuscitation of recently killed individuals, and their efforts, along with five other people, to survive the night while trapped in a farmhouse in the rural Pennsylvania.

The American ambassador and his wife very much want to have children. When she gives birth to a dead baby and a priest suggests that they adopt a healthy and orphaned newborn, he accepts without telling the woman. However, he doesn’t know is that the baby is the antichrist.

After stealing $ 40,000 to marry her boyfriend, a woman runs away during a storm and decides to spend the night at a hotel she finds along the way. She meets the educated and nervous owner of the establishment, Norman Bates, a young man with an interest in taxidermy and a troubled relationship with his mother. In addition, what appears to be a simple stay at the place becomes a real night of terror.

Another week in isolation brings another round of my Quarantine Horror Binge. Part II: @Hulu #quarantinelife #quarantine #horror #bingewatching #binge