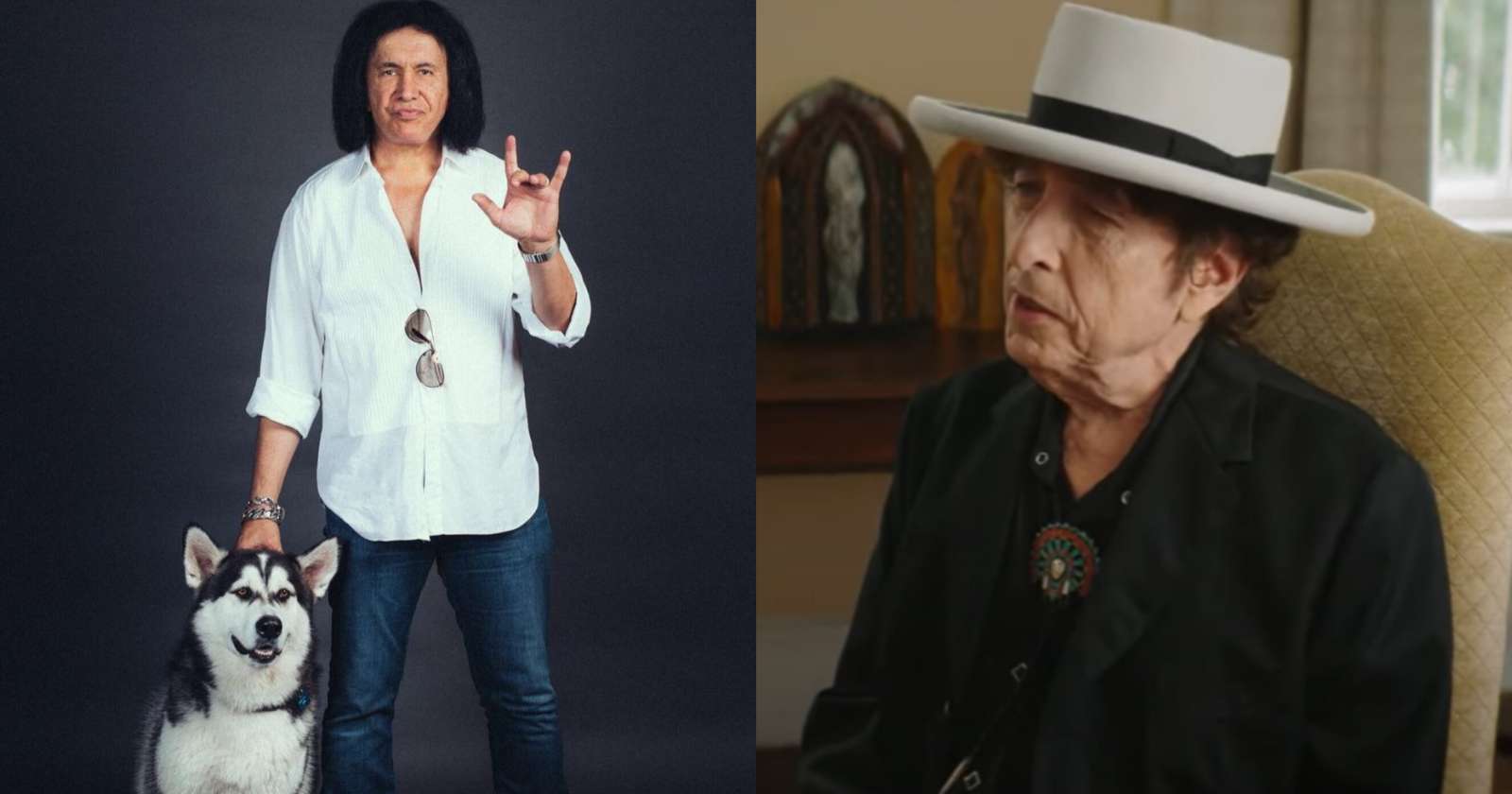 Born in Duluth, Minnesota back in 1941, Bob Dylan is considered one of the best songwriters of all time and has been a major figure in popular culture since the 60s. When the Hard Rock band Kiss appeared on the scene, Dylan already had more than 10 years of a successful career and even though Dylan’s music is not very similar to the tracks Kiss composed, he ended up writing with bassist and singer Gene Simmons back in 1994.

How Kiss’ Gene Simmons got to write with Bob Dylan:

Simmons recalled in an interview with For Bass Players Only back in 2018 that everything started when he simply made a phone call. The musician said that he is a very linear person and he is delusionally fearless. Because of that personality, even that he was thinking ‘Why the fuck would he want to write with me?’ he decided to call Dylan’s manager because maybe for some reason he would like to. “Throw caution to the wind, and dive into the deep end of the pool. So I called his manager, a good guy, ‘“Hi, Can I speak with Bob?'”, the manager then replied: “‘What do you wanna talk to him about?'” and Simmons said: “‘I, uh, I want to write a song with Bob.”

“All of the sudden, within two days, an unmarked van shows up at my house. Bob gets out with an acoustic guitar and tells his driver ‘I’ll see you at the end of the day’. We start strumming! It was just like that. And he was asking ME, and this is in the box set, ‘So, how do you write songs?’.

Gene Simmons replied Dylan, saying: “Well, you know, I come up with stuff, and Paul writes stuff.” Bob replied: “Yeah, yeah, yeah. Then the other guys play it?”. Gene answered: “Well, I usually tell them what parts to play.” He goes, “You do?” And I couldn’t believe I was having this discussion. Yeah, we were talking about how we write songs. It’s still a life highlight, if you see what I mean.”

Gene Simmons released those compositions on his Box Set “The Vault” (2017) that had 10 CDs, 151 songs selected from demos made by him during his career. The tracks with Dylan were “Na, Na, Na, Na”, “Waiting for the Morning Light” (First released on Simmons 2004 solo album) and 15 minutes of a  writing session recording of the two.

In a conversation with Classic Rock back in 2016, Simmons gave more details about his first conversation with Bob on the phone, saying: “I’ll never forget, he got on the phone to me out of the blue one day. I go, ‘Hey Bob’ and he’s like, ‘Hey, alright, Mr Kiss!’ Always called me Mr Kiss. Even to this day, he won’t call me Gene Simmons. I say, ‘How you doing?’ and he says, [something incoherent and Bob-like]. “Uh, what did you say, Bob?” [Laughs] His voice is instantly recognisable. No other human being has ever had that sound. You can’t quite figure out what country it’s from, never mind which town.”

The musician explained that during that day they only wrote together some kind of melody and he kept asking Bob to write the lyrics afterwards: “I kept badgering Bob, ‘Write the lyric!’ and Bob would reply: “No, Mr Kiss, you write the lyric!’ So finally, in desperation, when I had my solo record come out, I actually finished the lyric because I couldn’t wait any longer. Bob liked it. It’s called ‘Waiting For The Morning Light’, about a guy on the road, sees the picture of his love next to the telephone and here he is staying up all night, you know, waiting for the morning light,” Gene Simmons said.