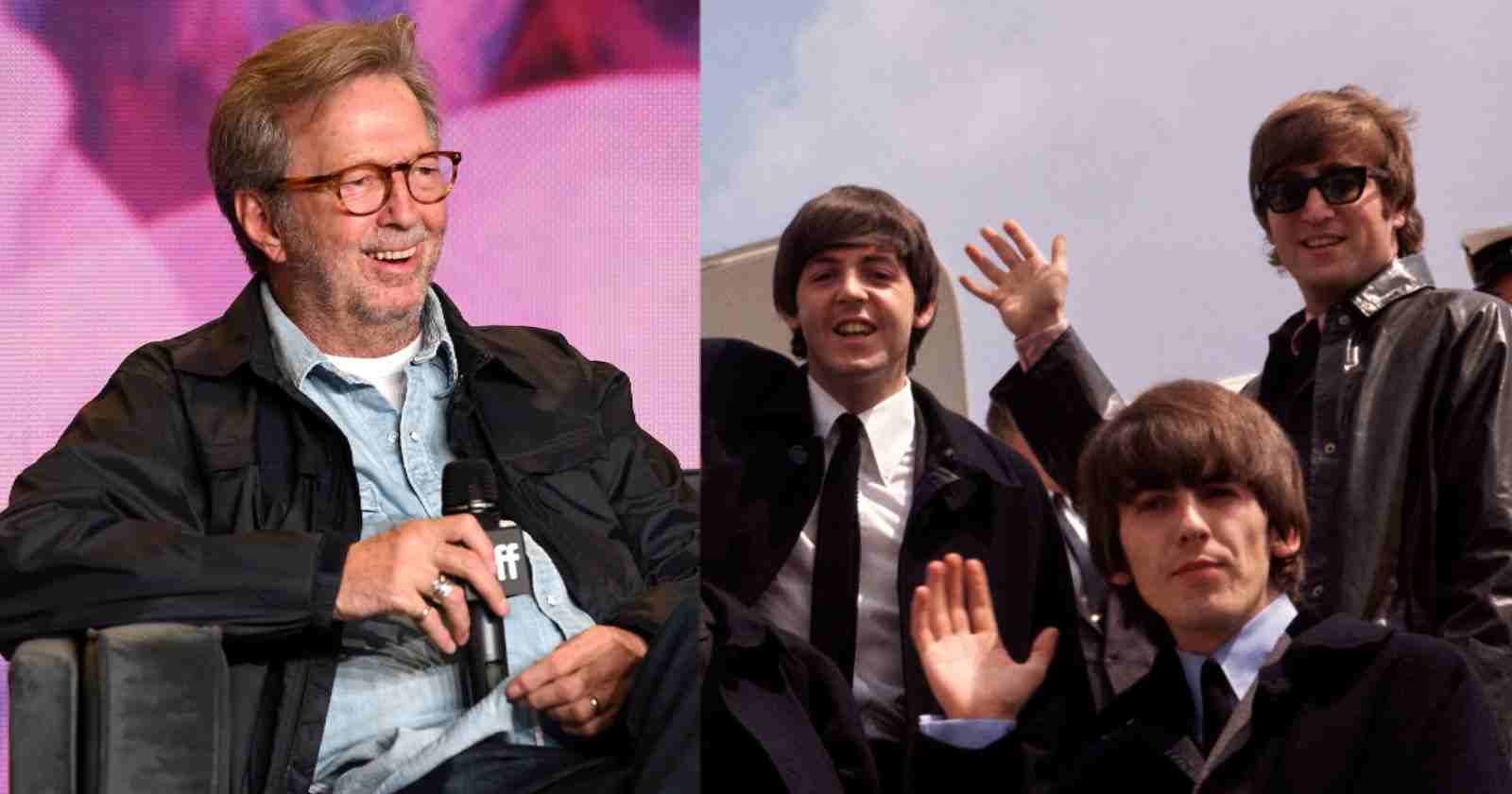 Eric Clapton is considered one of the best guitarists of all time that made history with Cream, Blind Fath, Derek & The Dominos and on his solo career. Besides that he also played the guitar solo of The Beatles‘ “While My Guitar Gently Weeps”. In an interview for Martin Scorsese’s George Harrison documentary “Living In The Material World“, Clapton recalled how he reacted when he first saw the Fab Four playing.

Eric Clapton said about how he reacted when he first saw The Beatles playing:

“I saw The Beatles play at the Hammersmith Odeon when I was at the bottom of the bill in The Yardbirds. This band (Beatles) was like they were a single person. It was an odd phenomena in fact. They seemed to move together and think together. It was almost like a little family unit.

“I was very, very suspicious about what they were up to. But when I saw them play I was overwhelmed by their gift. Each one of them seemed to be very well endowed with their own musical capacity. But the sad part was that no one listened to them (laughs) and their audience, which they had cultivated, I suppose. They were, you know, 12 year-old girls.”

“(George Harrison) he was clearly an innovator. George to me, was taking certain elements of R&B, rock, rockabilly and creating something unique. They were very generous to everybody. They took time to come and talk to everybody. I didn’t felt threatened at all. Because I had quite a lot of self-confidence going in my concept to myself as being, you know, this sort of Blues missionary as it were. I wasn’t looking for any favors from anybody.”

“George recognized me as an equal because I had a leve of proficiency even then that he saw as being fairly unique to. George chose to move into a house in Isha that is maybe 8 miles north of where I was born. We became friends and I would go and visit them there and something grew out of the music and the kind of people we were. I think we shared a lot of tastes to another, you know, beyond superficial things, cars or clothes, and women obviously.”

What he have going that you envied?

“Well, I suppose money, status, you know, with the classic things… The Beatles, come on (Laughs). In the beginning, in the early days what was good about being George’s friend was kind of like basking in the sunshine of this immense creativity

Eric Clapton played with The Beatles

Eric Clapton played the guitar solo on The Beatles “While My Guitar Gently Weeps” of the 1968 album The Beatles. It was written by George Harrison. The tune serves as a comment on the disharmony within the Beatles following their return from studying Transcendental Meditation in India in early 1968. The lack of camaraderie was reflected in the band’s initial apathy towards the composition. Which Harrison countered by inviting his friend and occasional collaborator, Eric Clapton, to contribute to the recording.