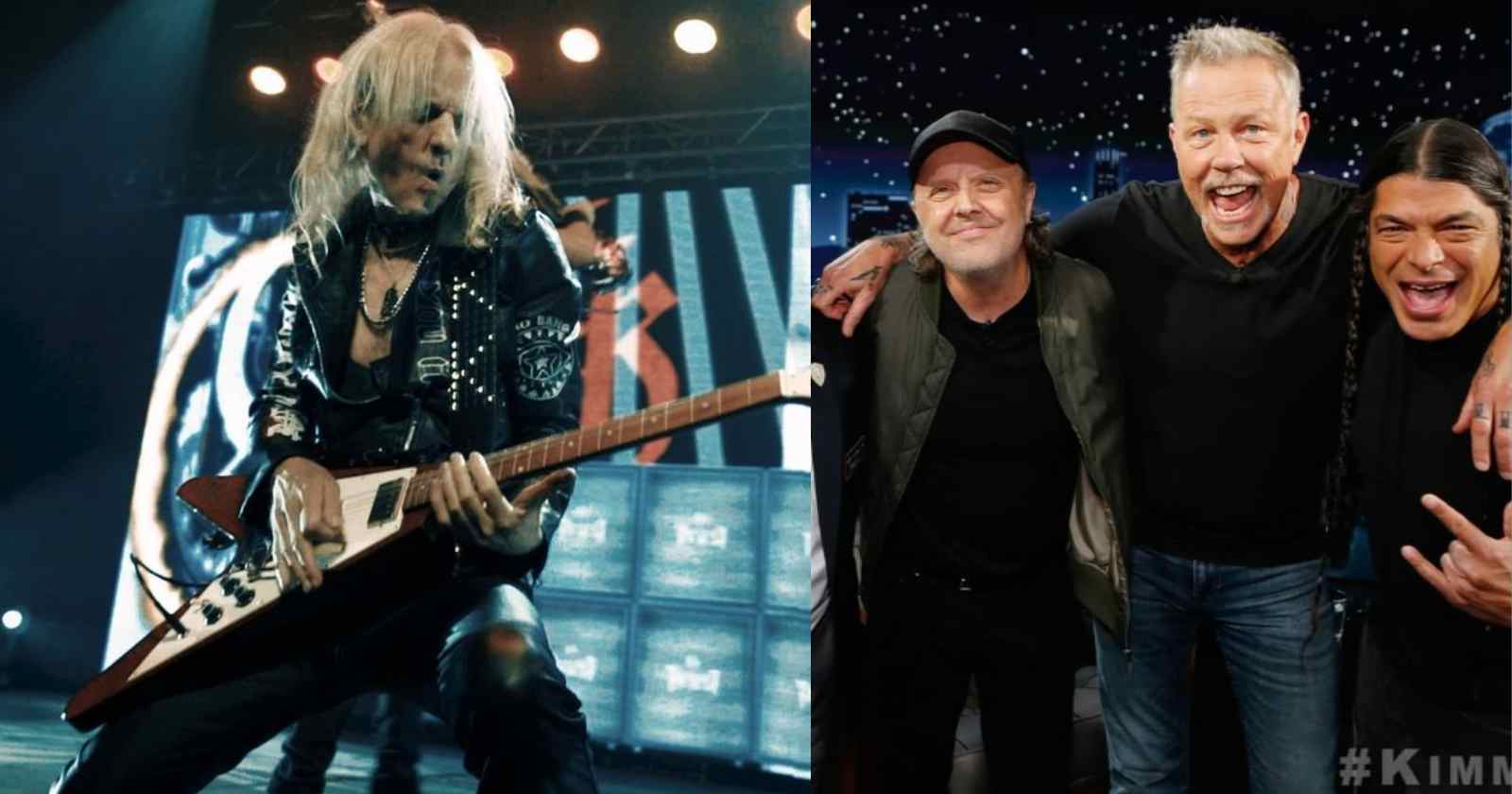 To celebrate the 30th anniversary of the release of Metallica‘s Black Album, Spin magazine asked musicians their opinion on the Thrash Metal band and the classic album. One of the musicians interviewed was Ex-Judas Priest guitarist KK Downing, who talked about the group and the record.

The guitarist is now the leader of KK’s Priest, band he formed with ex-Judas Priest singer Tim “Ripper” Owens.

“I think every band have had hallmark albums throughout their careers. Not to say that the others are not credible and great as well, some of them just jumped out and they’re just undeniable. I would certainly say that the Black Album is not something that you can “make” happen. It automatically happens because everybody is just drawn to it and love it.”

“It’s a collection of songs and great melodies that’s undeniable. That’s the album people look to for their interpretations or renditions. Like if an orchestra wants to do a song or a fan on YouTube wants to do an interpretation with a strange instrument or a piano version.”

“These wonderful melodies lend themselves from this album. Then the songs become even more famous because of all of these interpretations from people all over the world in all of these different countries. With so many great melodies and all of these great songs, that is going to automatically make this album stand out in the catalog of Metallica.”

“I think it took the diehard fans a bit to acclimatize the fact that [the album] wasn’t that rawness they were used to. But with the test of time, when they’ve seen the band play these songs many times, it fits right in with the early songs.”