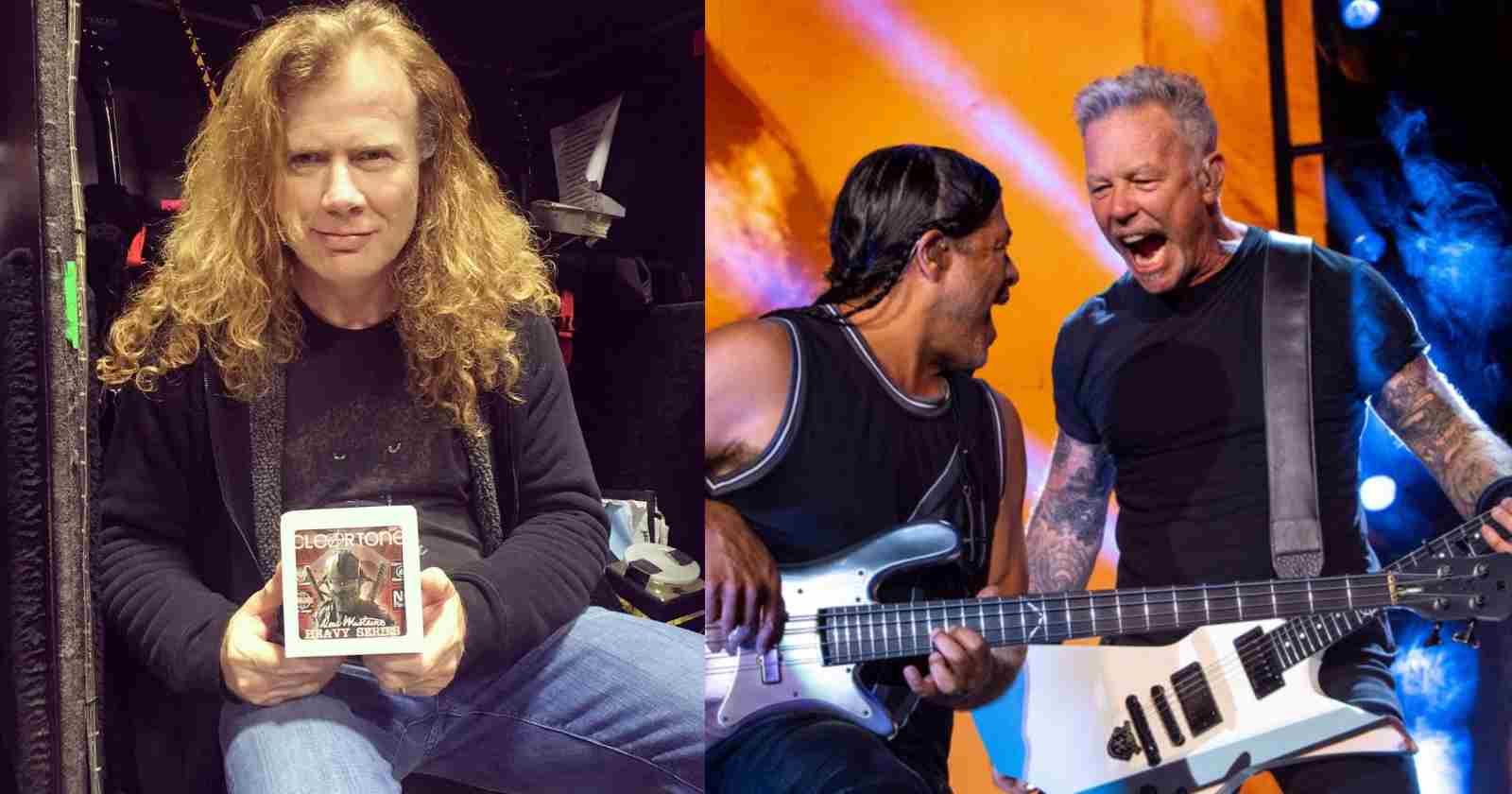 The legendary Megadeth leader, guitarist and vocalist Dave Mustaine said in an interview with Classic Rock that he texted James Hetfield (Metallica) after he saw that his ex-bandmate said during a concert last May in Belo Horizonte, Brazil that he was feeling insecure about his guitar playing. Mustaine said he told Hetfield that he was a great musician but he didn’t received an answer for the message.

Dave Mustaine was a member of Metallica from 1981 to 1983, until he was fired from the band. He went on to create Megadeth, that also became one of the most successful and influential Thrash Metal bands of all time.

Dave Mustaine talked about that story after he was asked if it was difficult for him to talk about Metallica. “No. I really don’t give a fuck. And you know what? I love those guys. I sent a text message to James just a couple of days ago after he’d said that he was insecure about his playing. I said: “James, I love you and I really like your playing.” He didn’t answer. Of course not. Why would he? The point is I wanted him to know that I’ve had those feelings too, but I don’t now.”

“I must remind you that when I joined Metallica, James did not play guitar. He just picked it up and started playing when I was in the band. But let’s be honest, James is one of the best metal guitar players in the world. So for him to have those feelings, that’s a lie, because he’s a mind-blowingly talented guy. So I just felt I needed to say something to him. I didn’t tweet it. I didn’t want anybody to know what I said. But I’m telling you because, hey, you brought it up!” Dave Mustaine said.

Even accomplished Rock stars also feel insecure from time to time and that happened with the Metallica vocalist and guitarist James Hetfield. During the band’s set in Belo Horizonte, Brazil last May 12, the musician said: “I’ve gotta tell you I wasn’t feeling very good before I came out here. (I was) feeling a little bit insecure, like I’m an old guy, (I) can’t play anymore — all this bullshit that I tell myself in my head.”

“So I talked to these guys (Hammett, Ulrich and Trujillo), and they helped me, as simple as that. They gave me a hug and said, ‘Hey, if you’re struggling onstage, we’ve got your back.’ And I tell you, it means the world to me.”