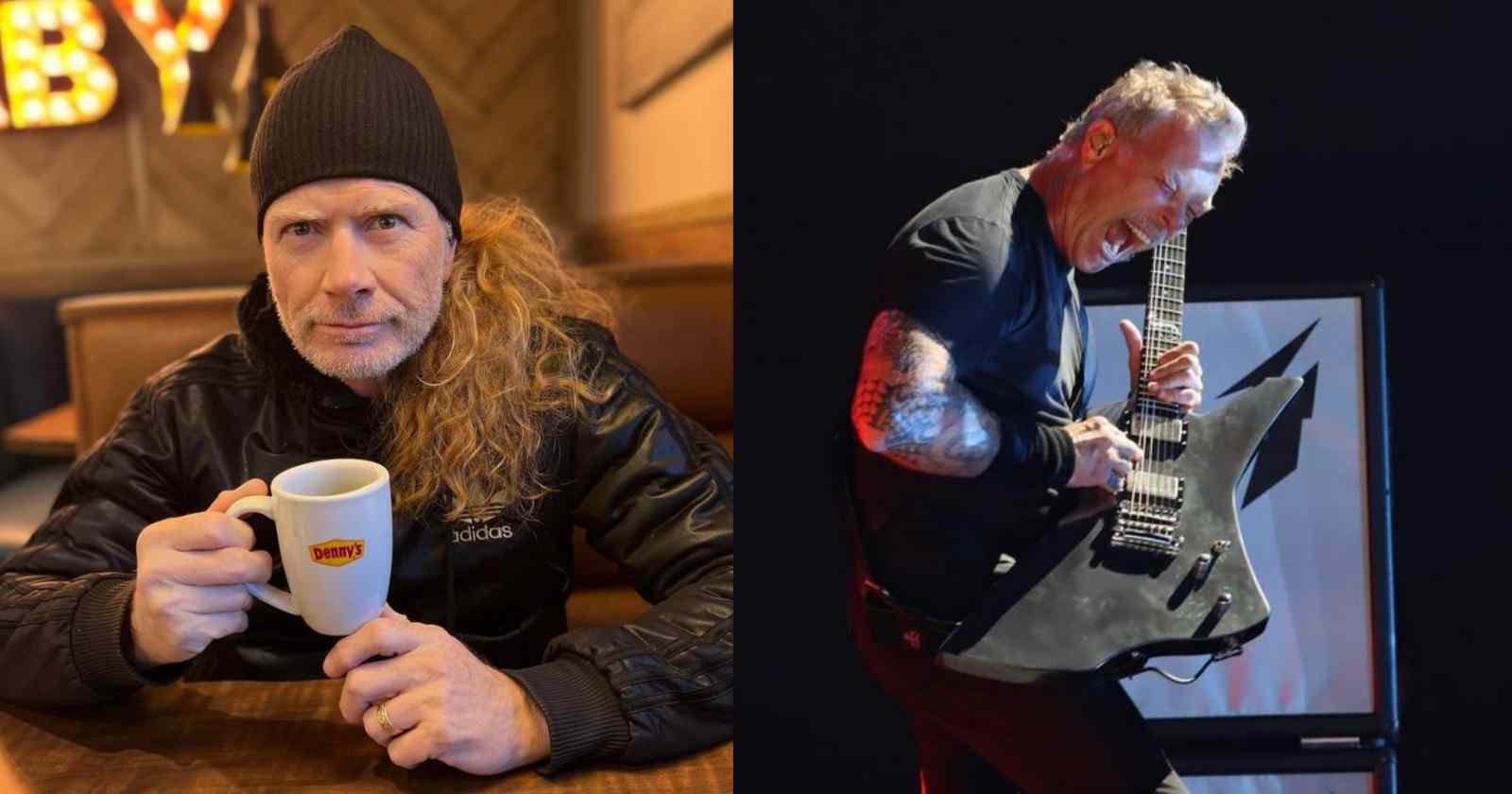 Guitarist and singer Dave Mustaine was part of Metallica from 1981 until 1983 when he was fired. In that same year the band recorded and released their debut album “Kill ‘Em All”. Even though the musician was replaced by Kirk Hammett and wasn’t part of the recordings, the band still used some of his compositions and he is credited in tracks like “The Four Horsemen”, “Jump In The Fire”, “Phantom Lord” and “Metal Militia”. That also happened on the next two albums Metallica released.

In an interview with Joe Rogan (Transcribed by Blabbermouth), Mustaine revealed that he wasn’t happy when the Thrash Metal band used his compositions on their three first albums.

“I think in my mind I went right into Megadeth, but at the time I was still kind of trying to digest everything that took place.

“The thing that bothered me the most was I had all my music, and I left it behind and I said, ‘Don’t use my music.’ And of course they did. They used it on the first record, on the second record. There’s parts of my music on a song on the third record [1986’s ‘Master Of Puppets’]. All the solos on the first record are mine, except that they’re just performed by Kirk (Hammett). And [they’re] close but not the same. And he’s not a bad guitar player.”

Mustaine was then asked if he received the royalties for the songs and if he was bitter about what happened nowadays and he replied: “Well, most of ’em, yea. But Kirk got my royalties for ‘Metal Militia’ for many, many years. And he has to see the check. So I know somebody saw that I wasn’t getting paid.”

“Not bitterness – I’m over it. It’s just money. At the end of the day, my happiness and my family and my wife and my children are more important to me than anything in this world. I love our fans. I have so many things in this life that I’m happy about. But, man, it’s my family. And obviously my relationship with God. I take that very, very personal. And I don’t talk to people about it; I don’t push it on ’em at all. It’s my thing.

“And I just look at it like where I’m at right now… Yeah, (I was) 20 (years old) in Metallica, and now, look at me, I’m 60 in Megadeth. And I’m a Grammy winner. I’m a New York Times best-selling author – all these things,” Dave Mustaine said.

Besides four songs on the first Metallica album, Mustaine is also credited on the 1984 record “Ride The Lightning” for the title-track, and the instrumental “The Call Of Ktulu”. On “Master Of Puppets” (1986) the musician claims that the song “Leper Messiah” was based on an old song composed by him called “The Hills Ran Red”.

Curiously, the musician made his own version of “The Four Horseman” called “Mechanix” on Megadeth’s debut album “Killing Is My Business… and Business Is Good!” (1985)