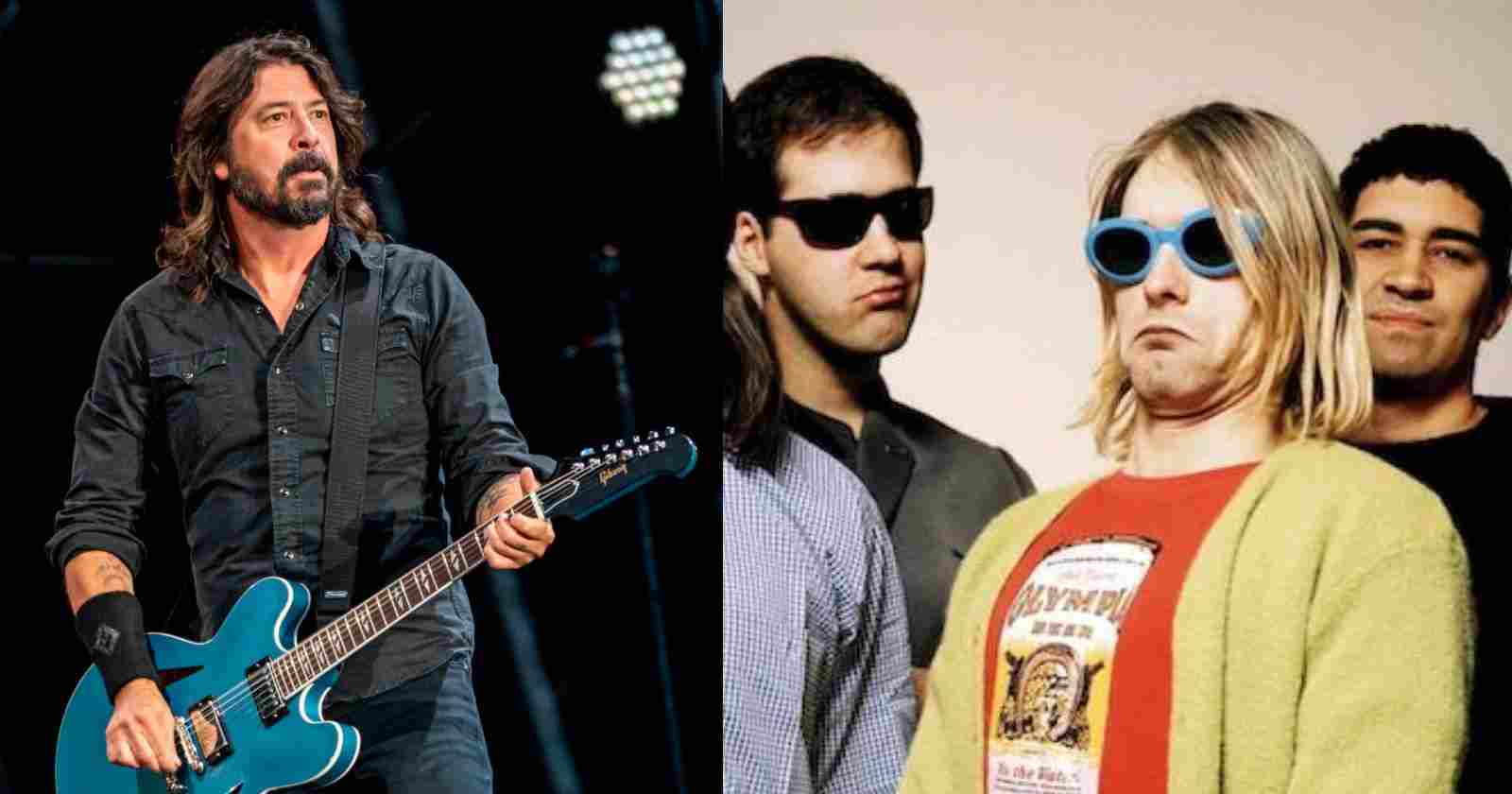 Foo Fighters guitarist and singer Dave Grohl was the drummer of Nirvana from 1990 to 1994 until the band ended when Kurt Cobain died. In an interview with Howard Stern, Grohl and Pat Smear (Ex-Nirvana guitarist now on Foo Fighters) said that they still jam with Krist Novoselic (Ex-Nirvana bassist) everytime they are in the same town.

Pat, do you ever wake up and miss playing with Nirvana, or are those days so far behind you?

Pat: “You know, every once in a while, I, and Krist, and Dave get together and we do play as if we’re Nirvana. So I don’t have to miss it, we do it. If we’re in the same town together or whatever, we’ll get together and jam.”

Where do you get together, in a rehearsal space?

Pat: “Well, last time we did it at the house where we recorded the album.”

Dave: “We actually recorded some stuff.”

Do you ever go back and listen to the Nirvana albums either you two guys? Do you go back and say, ‘I just want to go live that over again?’

No? Is it too painful?

In other words, emotionally it pains you because when you hear it, it brings back every memory of recording or touring or whatever?

Dave Grohl also talked about his daughter asking him about Nirvana:

Dave: “It’s hard sometimes. There are times where you’re driving in the car and a song will come on… Last night actually, my daughter Harper, she’s 11, she’s like, ‘Dad, can we just go drive around?’

“She’s been stuck in the house for weeks. So we jump in the car, in my van, this cool old Ford van from the ’60s, and we just drove around Hollywood, looked at it, it was like eight o’clock at night, just driving around.”

“And ‘Come as You Are’ came on the radio, and she started singing. She’s saying every word! I’ve never played her that record, we don’t talk about Nirvana and stuff, and she was singing every word to the song! That to me, that feels good.””

Do the kids ask you about Nirvana?

Dave: “She actually did for the first time last night. It was a trip! She wanted to know if Kurt was shy, I think. I was like, ‘Yeah, he kind of was.’ And then she said, ‘Was he shy around people he didn’t know – or was he also shy around people he did know?’ And it was interesting, it was really the first time she started really asking me questions about Kurt, that was a first. It was great.”

You know why that’s such a good question? Because most of us don’t understand someone who is shy but yet could go up in front of thousands!