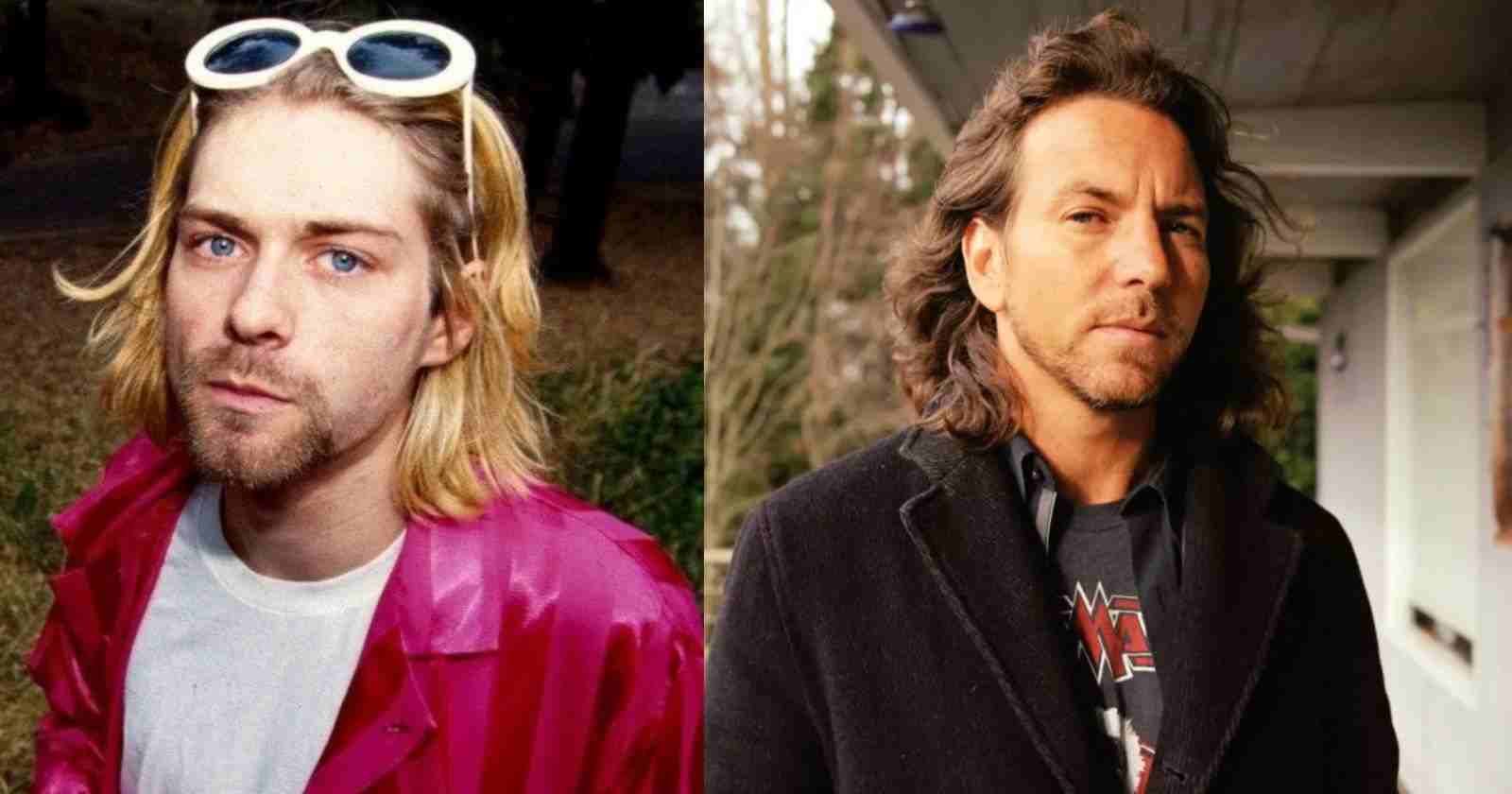 There has always been a lot of rivalry between similar bands in rock history and one of this cases was Nirvana x Pearl Jam. In an interview with Rolling Stone back in 1993 Kurt Cobain explained why he didn’t like Eddie Vedder and company.

Kurt Cobain explained feud with Eddie Vedder and why he doesn’t like Pearl Jam:

Interviewer: “It’s never been entirely clear what this feud with Vedder was about”.

“There never was one. I slagged them off because I didn’t like their band. I hadn’t met Eddie at the time. It was my fault; I should have been slagging off the record company instead of them. They were marketed. not probably against their will. But without them realizing they were being pushed into the grunge bandwagon.”

Don’t you feel any empathy with them? They’ve been under the same intense follow-up-album pressure as you have.

“Yeah, I do. Except I’m pretty sure that they didn’t go out of their way to challenge their audience as much as we did with this record. They’re a safe rock band. They’re a pleasant rock band that everyone likes. [Laughs] God, I’ve had much better quotes in my head about this.” 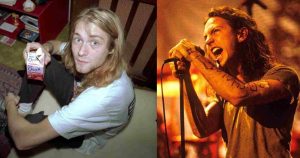 “It just kind of pisses me off to know that we work really hard to make an entire album’s worth of songs that are as good as we can make them. I’m gonna stroke my ego by saying that we’re better than a lot of bands out there. What I’ve realized is that you only need a couple of catchy songs on an album. The rest can be bullshit Bad Company rip-offs, and it doesn’t matter.”

“If I was smart, I would have saved most of the songs off Nevermind and spread them out over a 15-year period. But I can’t do that. All the albums I ever liked were albums that delivered a great song, one after another: Aerosmith‘s Rocks, the Sex Pistols‘ Never Mind the Bollocks, Led Zeppelin II, Back in Black, by AC/DC.