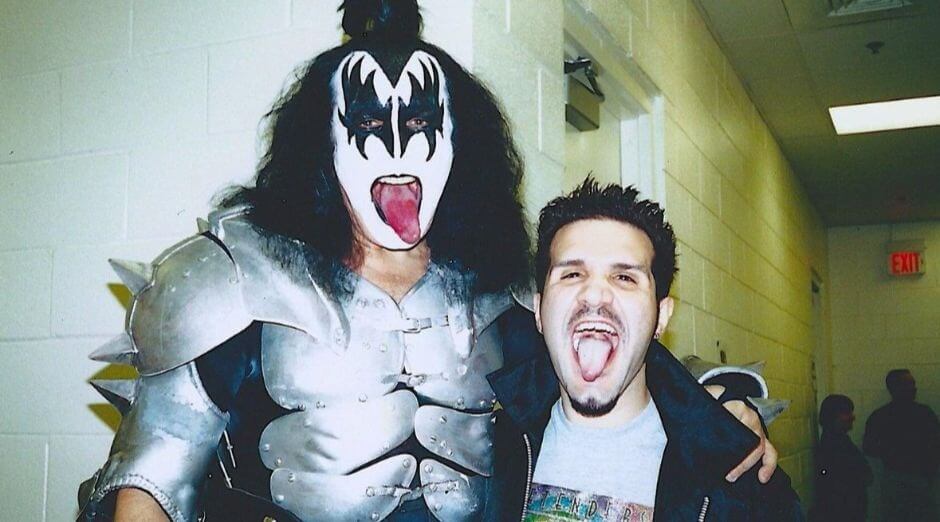 Anthrax drummer Charlie Benante talked about the rumours that he auditioned to be Kiss‘ drummer once. The musician recalled in an interview with Mitch Lafon the story and explained the moment.

Charlie Benante said if he really auditioned to be Kiss’ drummer

Charlie clarified he was 17 at the time and although he was there, he went to the audition as a fan:

“No, they invited the three of us upstairs. We had a conversation, they signed pictures for us and that was it. It was just such a great experience. So, Peter leaves the band. We had these mutual friends who knew Kiss very well at the time. They were doing auditions at a rehearsal place way down in the city near the village, and we went.”

“I remember sitting in this waiting room with all these other drummers. I was like 15 at the time, and they said, ‘You’re too young to try out,’ and they were there, KISS was there. They were auditioning drummers, and it was another crazy experience, and then I remember going down again, seeing them, saw Eric [Carr] and then Eric was chosen, and that was it.”

Did you actually get to hear them jam the songs?

“Yes, we heard like some rehearsing going on. I didn’t know if it was Eric at the time or another drummer at the time, and then we went down again, and there was nobody waiting there. And as I said, that’s when I saw Eric for the first time, and Eric was totally cool.”

About the Peter Criss leaving the band, he said:

“It was two-fold because we were losing one of the original members, and the thing about KISS losing a member, you’re losing this identity, you know? Peter Criss, the Cat, it was so much more than a bass player from Foghat leaving, you know what I mean? It was Peter Criss – wow. I studied this guy, I studied his drumming and all this stuff, so it became quite a big thing.”