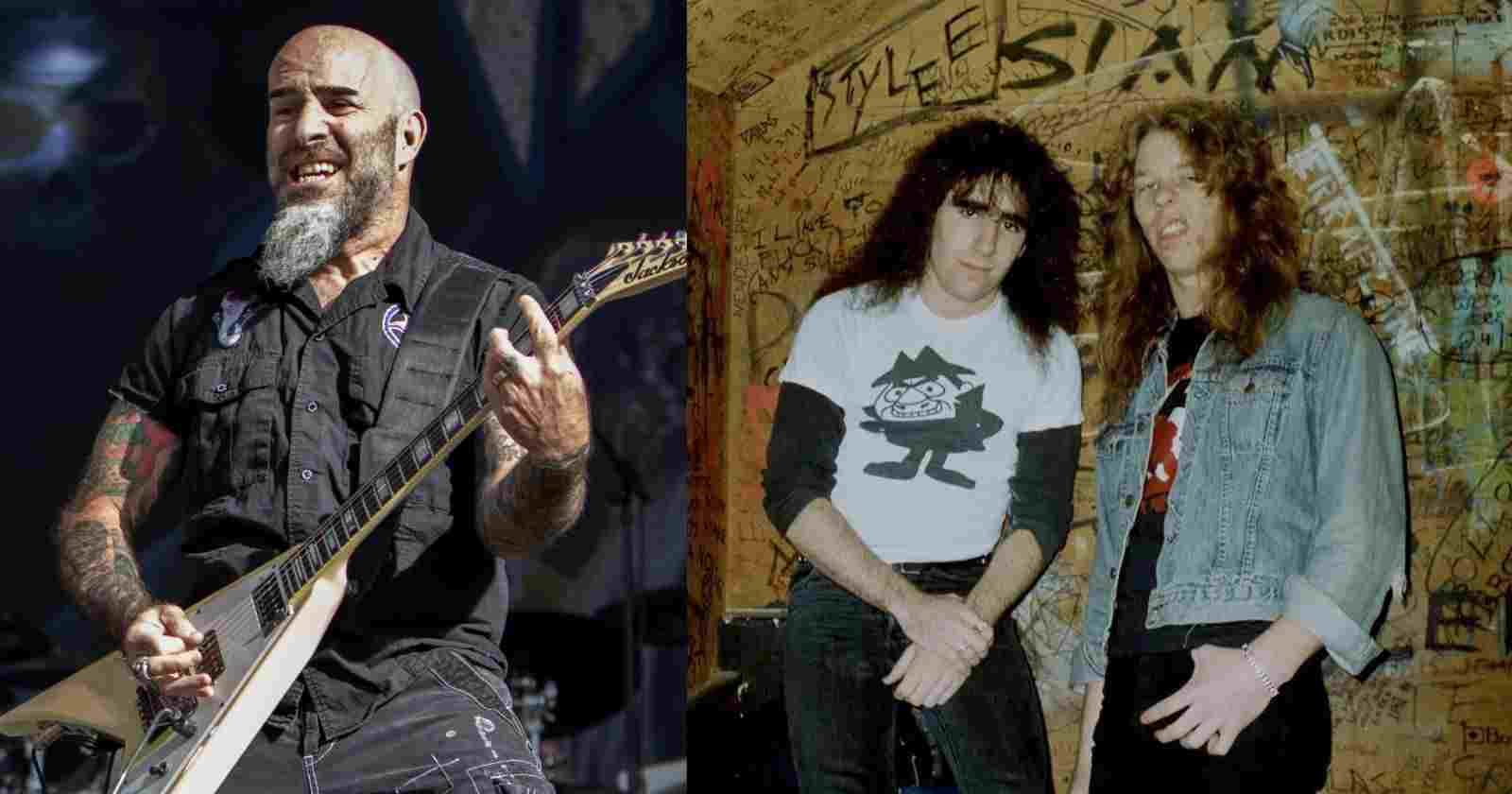 Anthrax guitarist Scott Ian recalled in an interview with The Sessions Panel the awful conditions Metallica lived before fame and how he helped the band members. The musician also said that he heard Dave Mustaine’s demos of what would be the first Megadeth songs.

“Metallica got to New York, Danny [Spitz, guitar] and I were there when they showed up, they drove across in a U-haul truck to the music building where we had a rehearsal room in Jamaica, Queens.

“And Jonny [Zazula, manager] got them a room there – and neglected to tell them that they were also going to be living there in this squat of a building with only cold water. It’s not like they were going to have showers or beds or anything.

“I guess they were sleeping on the floor. And he’s like, ‘Why don’t you guys meet them there when they get in so at least they see a friendly face?’ So we were there when they got to New York and we became fast friends.

“And I remember them saying, ‘Well, where are we staying?’ It would be quickly obvious that no one would want to live in the music building, literally an old burnt-out office building that the guy who owned it decided, ‘Oh, I know, I’ll rent rooms to bands, they’re dumb enough to pay for it.’

“But we had a room 24/7 for really cheap in, at the time, one of the worst neighborhoods in New York City. But they’re like, ‘Where are we staying?’ I said, ‘Oh, maybe you should call Jonny and ask him that question.’ They’re like, ‘Where’s the hotel?’ I’m like, ‘I don’t know.’ Of course, they found out they were living there.

“So we would bring them back to our houses to shower, we gave them the refrigerator that we had in our room so they could at least keep food cold and fresh in their room, and we gave them a toaster oven.

“It was very much that all-for-one attitude. And we hadn’t met Slayer yet, [Dave] Mustaine was still in Metallica at that time. And after he was out, and we reconnected on our first tour the first time, we played L.A. in the summer of ’84.

“Dave was at the show and he was playing me demos of what was to become the first Megadeth record. Yeah, we all very much connected when none of us had a pot to piss in, which was great. We were all under the same music, all had a very similar mindset of what we wanted to do, what we wanted our bands to sound like. Of course, all the bands sounded very different.

“It’s the one thing about the four of us – extremely different sounding music even though we were all playing what eventually became known as thrash metal. No one would ever say, ‘Oh, that Metallica and Slayer record sound exactly alike.’ Or Anthrax and Megadeth. All of us sounded completely different.”