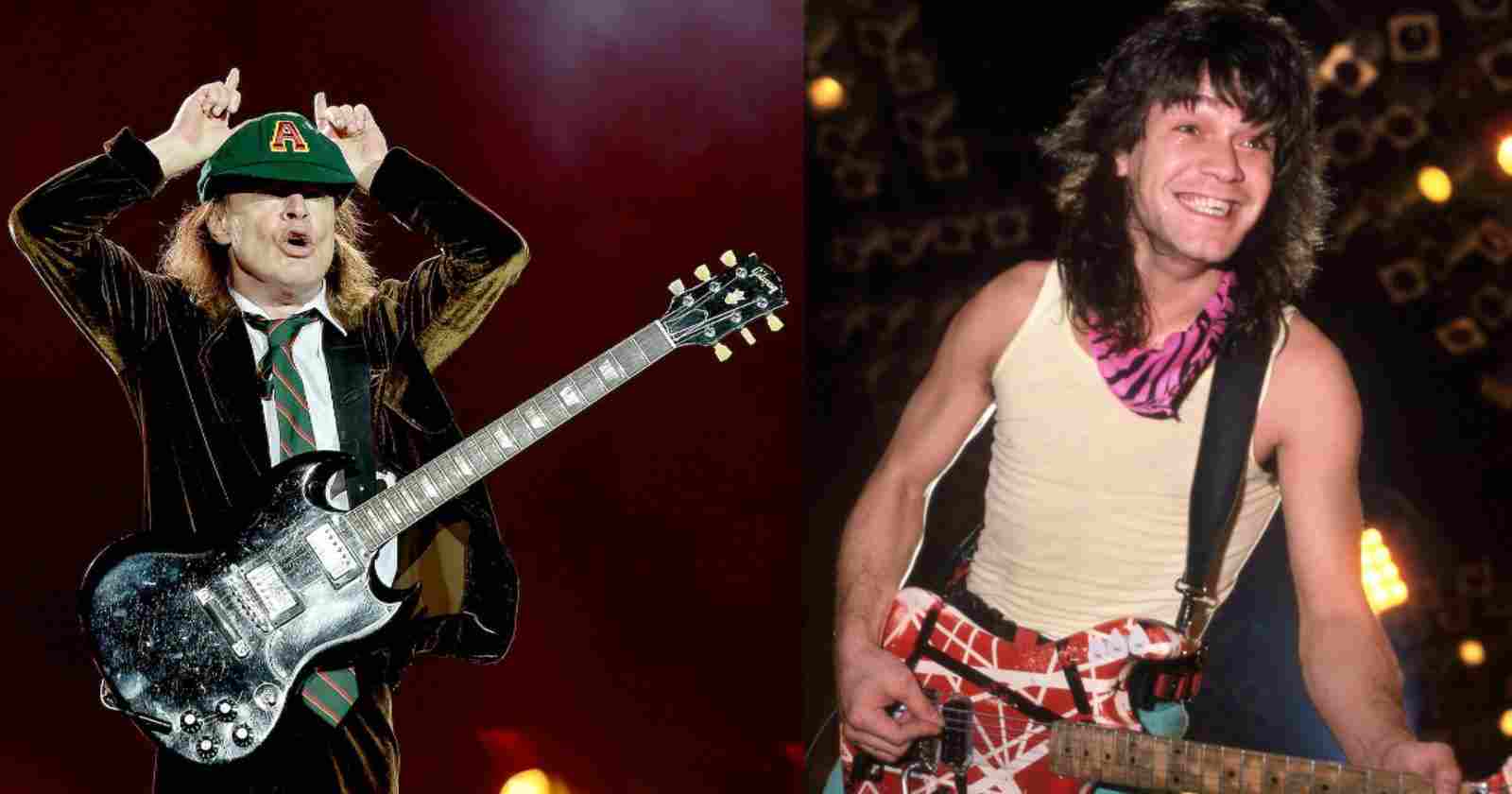 AC/DC guitarist Angus Young talked in an interview with Radio.com about Eddie Van Halen and the first time they met each other. He also recalled that Eddie’s smile was remarkble.

Angus Young talks about Eddie Van Halen and when they met:

“I think the first time I met him was in the ’90s when we did some touring through Europe and we did some shows together. And he was just such a warm person, and the first thing you notice about him was as soon as you saw him he had a big smile, like a big laugh and ‘give me a big hug.'”

“Always excited to see you. To the music world, it’s a big loss; but again, for those of us lucky to have met him, it’s probably an even bigger tragedy, and also for his family and everyone close to him…”

“When you heard the news that cancer had come back to him, you’re praying that the guy would get through. But that’s how I always remembered him. And I also remember seeing him when we toured in America and he came out to Los Angeles.”

“And he came to the shows to see us. He was still the same – big smile, happy, and he was ever so happy to see us. And he was very fond of Malcolm. It is a tough thing and he definitely leaves a big hole. And if you knew him, he does leave a big hole in people.””