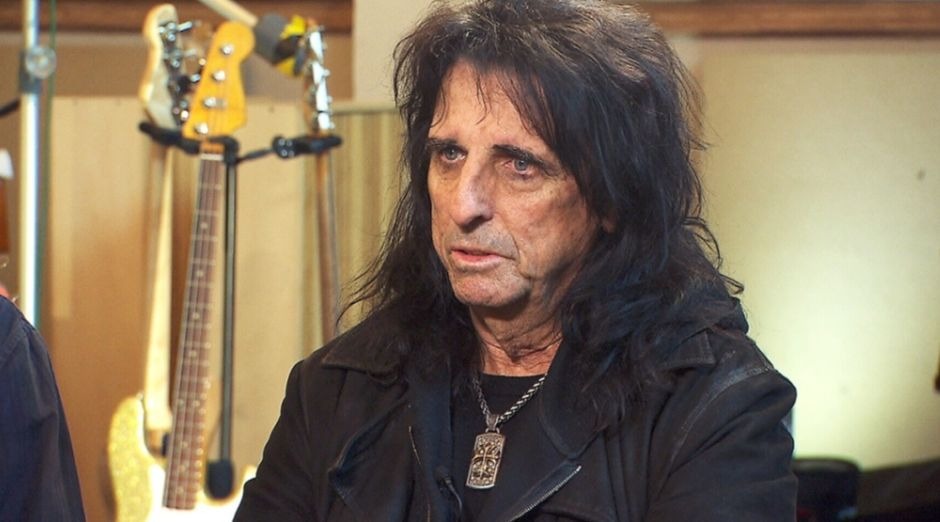 The legendary shock-rock godfather Alice Cooper elected 10 songs that changed his life back in 2016 in an interview with Louder Sound. He explained why each one of them was so important to him. The singer said that a good record can really “shape the way you think and these ten records all shaped me.”

Vincent Damon Furnier or simply Alice Cooper was born in Detroit, February 4, 1948. He became known worldwide in the 1970s for his innovative rock concerts designed to shock and provoke audiences, along with obscene, obscure and bloody lyrics that, along with her gothic look, transformed Alice into a rock icon that continues to be a source of inspiration. for artists of all styles to this day. Throughout his career, Alice Cooper has released 26 studio albums and has sold over 50 million copies.

The 10 songs that changed the life of Alice Cooper

The Skyliners – Since I Don’t Have You

“When I was very young and living in Detroit, my whole family loved ’50s rock‘n’roll radio. I was probably eight when I first heard Since I Don’t Have You, and it’s one of the great doo-wop records of all time, I think. The vocals are beyond belief.

My parents loved it too. They were very musically oriented and they were ’40s jitterbug champions, so they’d dig that music. I’ve always said that you cannot stop a good song. There’s certain songs that stick with you all your life, and to this day, if that comes on, it gets turned up to ten.”

The Four Seasons – Dawn (Go Away)

“When that song came out, I was living in Los Angeles. I owned Dawn on vinyl. When you got your allowance, you’d buy it as a 45. Not only were the vocals so good, but Frankie Valli and The Four Seasons seemed to take doo-wop to a whole new modern era.

They were sorta like the Beatles of doo-wop. It was in the writing of the songs. Y’know, Sherry, Walk Like A Man, Rag Doll, Candy Girl, everything they wrote, it was like, ‘Are you kidding me?’ All of those records were just spectacular – and they still hold up today.”

The Beach Boys – I Get Around

“When the Beach Boys came along, I was living in Arizona. I was just at that age when everything they said in that song was what I wanted to do. Y’know, I wanted to hang out with my buddies, show off your car, try to pick up girls. Of course, you’re never gonna do any of that stuff until you’re, like, 17 or 18.

“But when you’re 14 years old, that sounds like the greatest time in the world. The Beach Boys had such a fresh sound. And every teenager totally got it. A lot of their records were very Chuck Berry-oriented. Y’know, you take Chuck Berry on the bottom and put the Beach Boys’ vocals on the top – and wow.”

The Beatles – She Loves You

“I was painting the side of a house and I had the radio on. All of a sudden, She Loves You comes on. And I stopped and went: ‘What was that? What’s going on? Who are these guys?’ I had never heard anything like it before. It was just such a new sound. I was right there, in Beatlemania.

“I was probably 15, so I was the prime target, and to this day, there’s never been anything more exciting. That’s when I put The Earwigs together and we started playing at parties and doing Beatles songs. You couldn’t believe a band could come up with that much great material. It was almost supernatural. The Beatles will always be the Salvador Dali of music, just unapproachable.”

The Kinks – You Really Got Me

“So by now, we were a band. And we were driving to rehearsal one day when all of a sudden, the radio goes, ‘Dah-dah-dah-dah-dah!’ So we stopped the car and we just went, ‘What the hell was that?’ And it was The Kinks. We didn’t know who they were. But we had a TV show called Hullabaloo and that’s when you saw what the bands looked like.

We just could not believe the length of their hair, which made it even cooler. I remember reading an article saying that when the record company heard that song, they said, ‘The guitar sounds like a dog barking’. And the kids were going, ‘Yeah, cool’.”

The Who – My Generation

“I think My Generation was maybe the first anthem – and that was the birth of the power chord, right there. And then you saw The Who performing it, and you saw [Pete Townshend] smashing into his amps, and you started going, ‘Is there any end to this British Invasion? I mean, who else is going to come up?’

Keith Moon and I were really good friends, and the Hollywood Vampires (Band that has Alice Cooper, Joe Perry and Johnny Depp) still do that song. When we perform, we always perform songs for all of our dead drunk friends. And these are all the guys that we drank with.”

“We knew who Jeff Beck was, and we knew The Yardbirds – but then we heard this record and it went beyond anything. And then you realised it was Jeff Beck and Jimmy Page on guitar.

They were the best British guitar duo. In America, the best guitar duo would have been Bloomfield and Bishop in the Paul Butterfield Blues Band: those were the two guys in America. To this day, this song is still futuristic, compared to what’s on the radio right now. You listen to it now and you go, ‘Wow, that’s still really beyond anybody’.”

“That was the best Stones single of all time. As much as I liked The Last Time and 19th Nervous Breakdown and all their early stuff, Brown Sugar was the cream of the crop. When we’re playing a Vampires show and somebody yells out for Brown Sugar, we go, ‘Oh yeah’.

I mean, you can’t get away from that riff, it’s too good. In all honesty, I have no idea what he’s talking about. I’ve sung the song so many times and I keep thinking, ‘What am I talking about here? Are we talking about slavery?’ But whatever it is, it works.”

The Doors – Light My Fire

“It was just at that time when FM radio was coming in, and so AM radio would only play the short version of Light My Fire, but FM radio would play the full version, and that’s when you really understood how good the band was. We’d sit there and we were just mesmerised. The vocals were unique. The keyboard was out there. And the guitar player didn’t play like anybody I’d ever heard.

We actually ended up opening for The Doors and got to be good friends. Jim was very reckless when it came to his own body. I would say self-destructive. But when he got onstage, he knew exactly what he was doing. He was sorta James Dean up there.”

“You can’t be a songwriter without listening to Laura Nyro. You have to check out Stoned Soul Picnic, from Eli And The Thirteenth Confession. She was right off the streets of New York City, and it sounded like the soundtrack to a Broadway play, but it was so heartfelt, and the lyrics were beyond belief.

Any time I meet a girl singer that’s coming up, I go, ‘Do me a favour, go and listen to Laura Nyro, it’ll change your life’. If you get a chance, listen to it. You’ll be floored. You’ll be addicted. I’ve worn that album out six times.”

Unreleased Paul McCartney and Ringo recording will be auctioned
Little Richard, one of the godfathers of Rock music dies at 87
To Top