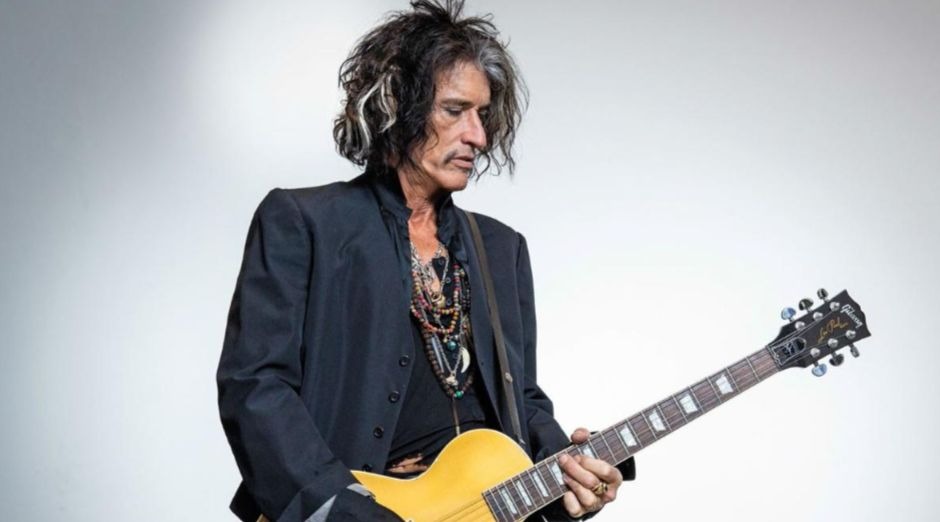 Aerosmith legendary guitarist Joe Perry loves Blues and Rock. However when he revaled in an interview with Best Life magazine in 2004 his 10 favorite albums of all time, he showed that he likes a variety of styles and explained why.

Joe Perry and his 10 favorite albums of all time

“Howlin’ Wolf has one of the most distinctive voices ever, a sound that is so on the edge and out of control and incredibly timeless. ‘Back Door Man’ is probably my favorite off this collection; it’s got a weird loping, strange rhythm to it that I love. Howlin’ was part of that whole Chess Records group: Little Walter, Muddy Waters, Willie Dixon. Who were all in each other’s bands in that era when Chicago blues took a leap from the acoustic Delta sound to the rockin’-the-blues-with-electricity.”

“This came out in 1966 and was an important record for me growing up. It was hands down the cornerstone for the classic Les Paul blues sound. The song ‘All Your Love’ was one of the first songs Aerosmith learned together as a band. And the instrumental ‘Steppin’ Out’ just kicks ass. There’s so much fire on this record. I still listen to it and shake my head,” Joe Perry said.

“This album is like listening to a Led Zeppelin record. You just put it on and listen to it and don’t know any of the names of the songs, but you just listen to it over and over. You’re entertained by the stream of consciousness in how they play. They speed up, they slow down. And they know their blues roots. They got chops.”

“The songs are really simple, the lyrics feel heartfelt, and the production is amazing. It’s a pretty experimental record. But as a musician you can tell all those songs would still work if it was just The Edge and Bono simply playing, even with all the studio production stripped off.”

“This woman makes music outside of the mainstream. My wife and I were in Laurie Cabot’s store—she’s that famous witch in Salem, Massachusetts—when we first heard her, and we flipped out. Loreena’s a great story. She started off as a busker in Vancouver—she was on the street with a knapsack and a cup—and went on to start her own label and sell millions of copies of her world-class New Age music, which incorporates Middle Eastern, Renaissance, and folk music.”

“When I need to wake up, I put on one of AC/DC‘s first three albums. As a band, they took rock ‘n’ roll down to its essence without being too cheesy or over-the-top. Their theatrics are genuine, and the music has this honesty to it—you get the feeling they are just five guys in a room playing and getting off on it. That’s what a great record does.”

“What Roxy Music did with songs and sounds was experimental and beautiful. When my wife and I got married in Hawaii, our wedding song was ‘Take a Chance With Me,’ from Avalon.”

“Going to Sun Studio every year. It’s like Mecca for me. I bring my boys and show them where Elvis stood. A few years ago, a guy named Eldorado Del Rey was working as the Sun Studio tour guide, and he asked me to check out his band. There was something about the look in his eye and his vibe that I liked. So I put on his demo, and I flipped out. One minute they sound like they write playing on a porch; the next minute they sound like the Yardbirds. A few months later my son said, ‘Dad, why don’t you get these guys a record deal?’ And they became the first band I signed to my label.”