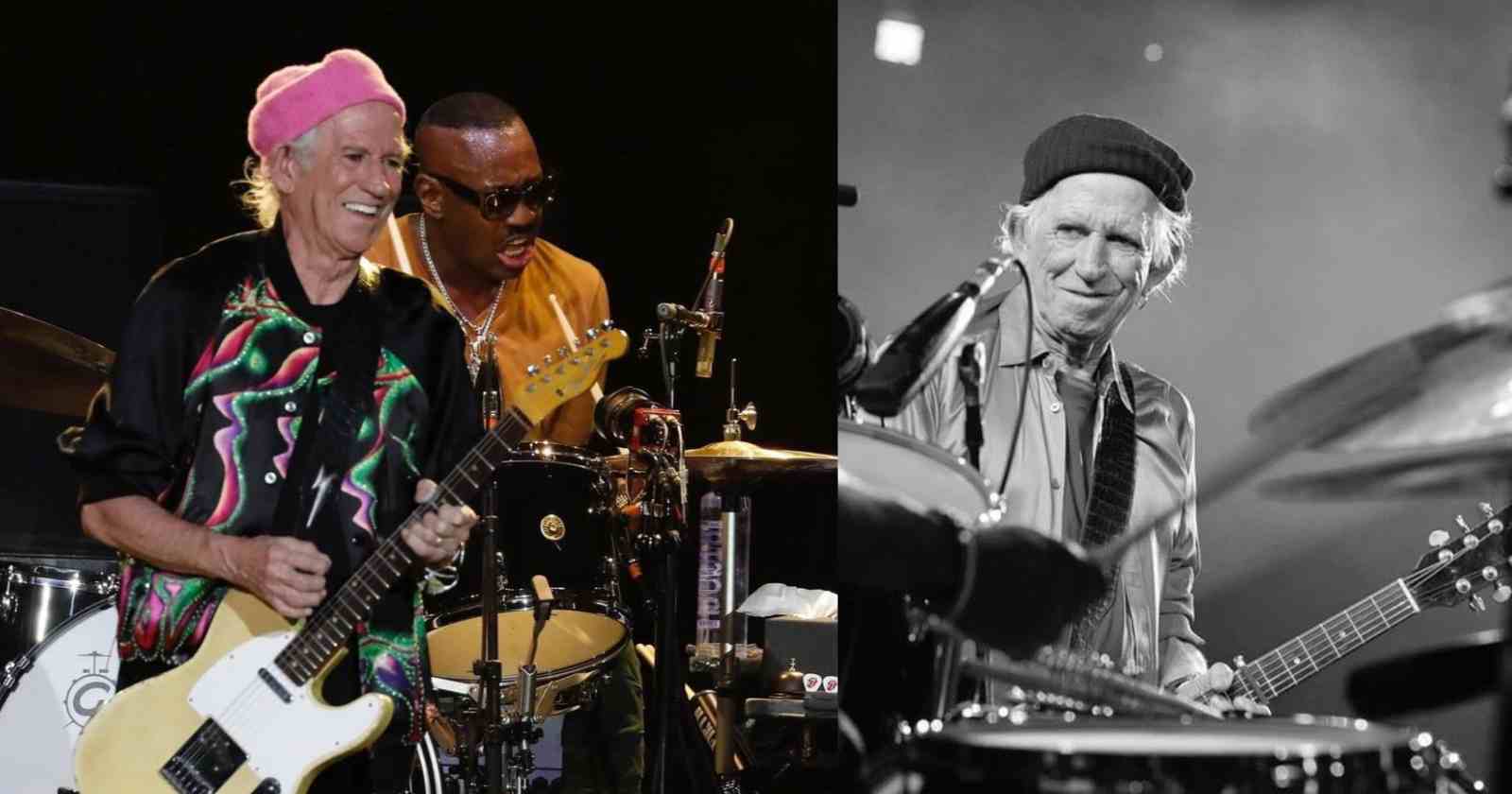 The Rolling Stones guitarist Keith Richards had the opportunity to play with some of the greatest musicians of all time over the decades and in his special “Ask Keith“, shared on his website back in 2003 he listed some of his favorite drummers of all time and explained why they were so good.

8 drummers that Keith Richards listed as some of his favorites:

“Oh drummers, you got me on a subject here. Drummers… apart from Charlie Watts, okay, we will put him there (on the top). It’s Steve Jordan, Charlie Drayton, George Recile, Gene Krupa, Baby Dodds, I can go back and back, George Wettling. I mean, when you think about it, it always seems that the good drummers and great drummers are thin on the ground. But when you start to think about them, whoa. So there’s loads out there I can’t even mention. These African guys that blew my mind away and Sly Dunbar from Jamaica and he is not the only one. I mean, just to bring my brother into this, the Wingless Angels (Band).”

“Drummers, without it you’re kind of nowhere. If you’re talking about in the concepts of the Rock and Roll band then it’s finding the right bass player to go. Because really a rhythm section is the rhythm section really. You have to have the two that really hit in together. So you can have a fantastic bass player and a fantastic drummer and they sound terrible together. Because they are both who they are. This chemistry it is a weird thing that you can never answer. Those attempts to put in super bands together and everything but they are all trying to be virtuosos.”

The Rolling Stones drummer for 58 years (1963 to 2021) until his death, Charlie Watts was refered by Beatle Paul McCartney as a “rock”, because he was a solid musician. Watts died at the age of 80 peacefully in a London Hospital in August 24, 2021.

Few weeks before his death the band announced that Watts would not perform with them during their “No Filter” 2021 American tour due to a medical procedure. The tour happened after Watts death with drummer Steve Jordan, that is another musician that Keith Richards listed.

Born in New York City back in 1957, Steve Jordan became the Rolling Stones drummer after Charlie Watts death in 2021. During the 1970s and 1980s, he was a member of the bands for the television shows Saturday Night Live and Late Night with David Letterman. Also in the 80s he was a member of Keith Richards’ band X-Pensive Winos and also worked with Richards in many other solo works.

In an interview with Vanity Fair in 2021, Steve Jordan talked about what is like to work with Richards, saying: “Very few people that I’ve ever worked with in my life are more committed to music than Keith Richards. He’s really committed to the music. That’s the most important thing about Keith. He loves the Rolling Stones, and everything revolves around that music.”

Born in New York City back in 1965, Charley Drayton is a multi-instrumentalsit primarly known as a drummer. He recorded with many famous bands and artists like The Cult, The Rolling Stones, Keith Richards, Miles Davis, Neil Young, Bob Dylan, Johnny Cash and more. He was a member of the Australian band Divinyls from 1991 to 2008.

In 1985, Drayton played percussion on the Rolling Stones’ album Dirty Work. After that, he was invited by Keith Richards to become a member of his side project X-Pensive Winos in 1987. Playing bass guitar, Drayton toured and recorded with Richards and the Winos until December 1992. Also playing on their albums “Talk Is Cheap” and “Main Offender”,

Born in New Orleans, George Receli was Bob Dylan’s drummer from 2001 to 2019 and was praised by Dylan in an interview in 2017, who said: “I like the drummer I have now, he is one of the best around.”

Born in Chicago back in 1909, Gene Krupa was an American jazz drummer known for his energetic style and showmanship. His drum solo on Benny Goodman’s 1937 recording of “Sing, Sing, Sing” elevated the role of the drummer from an accompanying line to an important solo voice in the band.

With the Slingerland drum and Zildjian cymbal manufacturers, he was a major force in defining the standard band drummer’s kit. He was the first drummer to be inducted into the Modern Drummer Hall of Fame.

Born in New Orleans back in 1898, Babby Dodds is considered one of the best Jazz drummers of the pre-big band era. He varied his drum patterns with accents and flourishes. Generally he kept the beat with the bass drum while playing buzz rolls on the snare.

He also was one of the first drummers to be recorded improvising while performing. In an interview with The Guardian back in 2016, the late Stones drummer Charlie Watts revealed that Dodds was an influence, saying: “I used to watch Phil Seaman and listen to Max Roach or Baby Dodds or Louis Armstrong.”

Born in Topeka, Kansas, George Wettling was a famous Jazz drummer who worked with big bands of Eddie Condon, Muggsy Spanier and more.

At the end of his life the drummer took up painting and was influenced by the American cubist Stuart Davis. He has been said to have believed that “jazz drumming and abstract painting seemed different for him only from the point of view of craftsmanship: in both fields he felt rhythm to be decisive”.

Born in Kingston, Jamaica back in 1952, Sly Dunbar is one of the most famous Jamaican drummers of all time, best known as one half of the prolific Jamaican rhythm section and reggae production duo Sly and Robbie. He recorded with famous artists like Joe Cocker, Bob Dylan, Mick Jagger, Yoko Ono, Jackson Browne and Sinéad O’Connor.

When asked in an interview with United Reggae back in 2012, Sly Dunbar was asked which musician he worked with was a bigger Reggae fan Keith Richards or Simply Red’s Mick Hucknall, to which he replied: “I think Keith Richards is really a reggae fan. And I know Mick loves it also! I think they really appreciate reggae and they love it very much.”

“I think all of them do. Because when they come to the table to work with reggae you can see their love and the expression in their face!”