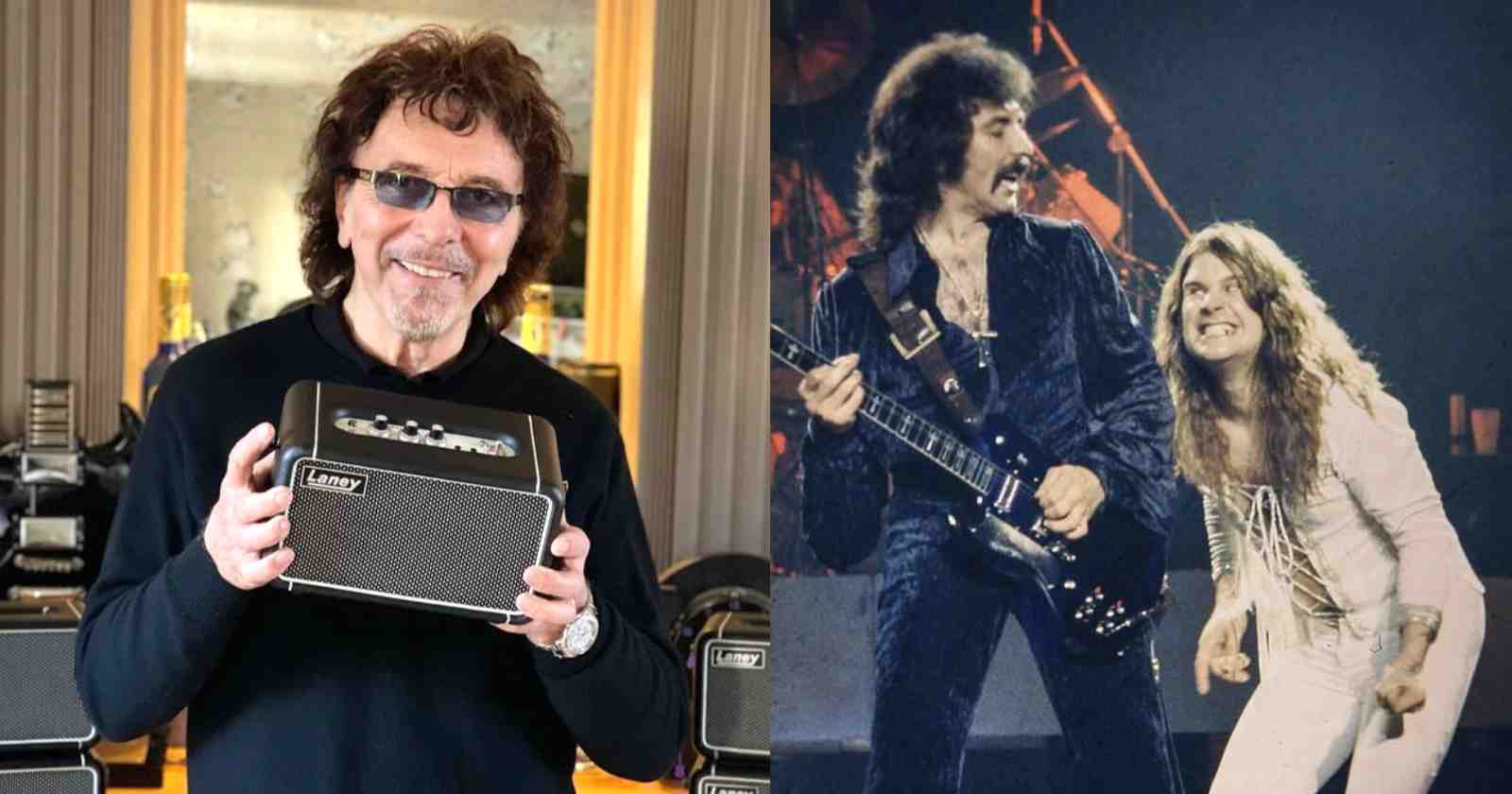 Black Sabbath guitarist Tony Iommi also known as the father of Heavy Metal music created some of the heaviest guitar riffs of all time. But when he is not playing the guitar he likes to listen to bands that many fans of the British group could never imagine he likes.

In an interview with BBC Radio WM show “The Other Side Of…” back in 2018 (Transcribed by Rock and Roll Garage), Iommi explains that he doesn’t like to listen to heavy Rock because he prefers to relax when he is not working and revealed some of his favorites songs, explaning why he likes them so much.

“I still love a number of bands from that era, from the 70s and Chicago, I thought ’25 0r 6 to 4′ was a great track. The guitar playing in particular, very, very good. I think that attracted a lot of people to Chicago, that particular song,” Tony Iommi said.

Chicago was inducted into the Rock and Roll Hall Of Fame back in 2016 by Matchbox 20’s singer Rob Thomas, who said in his speech that “these songs are the sound of a city”.

Born in Cincinnati, Ohio back in 1922, Doris Day was an actress, singer and animal welfare activist. Her career started as a big bnd singer in 1939 and achieved succes in 1945 with the two number 1 recordings: “Sentimental Journey” and “My Dreams Are Getting Better All The Time” with the group Les Brown & His Band OF Renown. She recorded more than 650 songs on her solo career.

When explaining why he chose this song, Iommi told the story of loosing the tips of the middle and ring fingers of his right hand in an industrial accident on his last day of work in a sheet metal factory.

But he only didn’t gave up playing guitar because his old boss gave him a record of Django Reinhardt, a Belgian guitarist who didn’t used the fourth finger (ring finger) and fifth finger (little) to play after they were badly burned in an accident.

“The Shadows were a huge influence on me and not only me. A lot of my friends, Brian May, David Gilmour, people like that, all took to The Shadows. I really loved what they do, I love the sound. It was classy and of course, in them days there weren’t many instrumental bands. Nobody sounded like that. It just appealed to me. And I could learn how to play or try to learn to play the tunes,” Tony Iommi said.

Iommi paid tribute to the group playing the song “Wonderful Land” being part of the 1996 album “Twang! A Tribute To Hank Marvin & The Shadows”. Other famous guitarists who were also influenced by the group like Ritchie Blackmore, Brian May, Mark Knopfler, Steve Stevens, Peter Frampton, Randy Bachman, Neil Young, Peter Green and Andy Summers also played on the record.

The Carpenters “We’ve Only Just Begun”

Formed by the brothers Karen and Richard Carpenter, The Carpenters were one of the most successful duos of the 70s with 10 albums recorded and numerous singles. They have sold more than 90 millions records worldwide.

Jimi Hendrix “All Along The Watchtower”

Tony Iommi didn’t talked about this Hendrix song he chose on the program but in another inteview with BBC Radio segment “My Hendrix Rock” special gathered famous musicians opinions on Jimi Hendrix and their favorite songs of the late guitarist, he gave his opinion on the late guitarist, saying: “Well, I think he came up with something at the time that got so much excitement in it, his style of playing, playing upside down… And just the aggression and the way and he would do stuff behind his neck. Just things that didn’t happen,” Tony Iommi said.

Iommi also didn’t explained why he likes Frank Sinatra‘s “Summer Wind” in this interivew with Planet Rock but in a conversation with Birmingham Live back in 2013 he said that one of his biggest regrets was that he didn’t had the chance to work with Sinatra during his career.

“”My regret is that I never had chance to work with Frank Sinatra. But I’ll tell you what – I’d love to record something with Tom Jones. He has a fantastic voice and stage presence, even now,” Tony Iommi said.