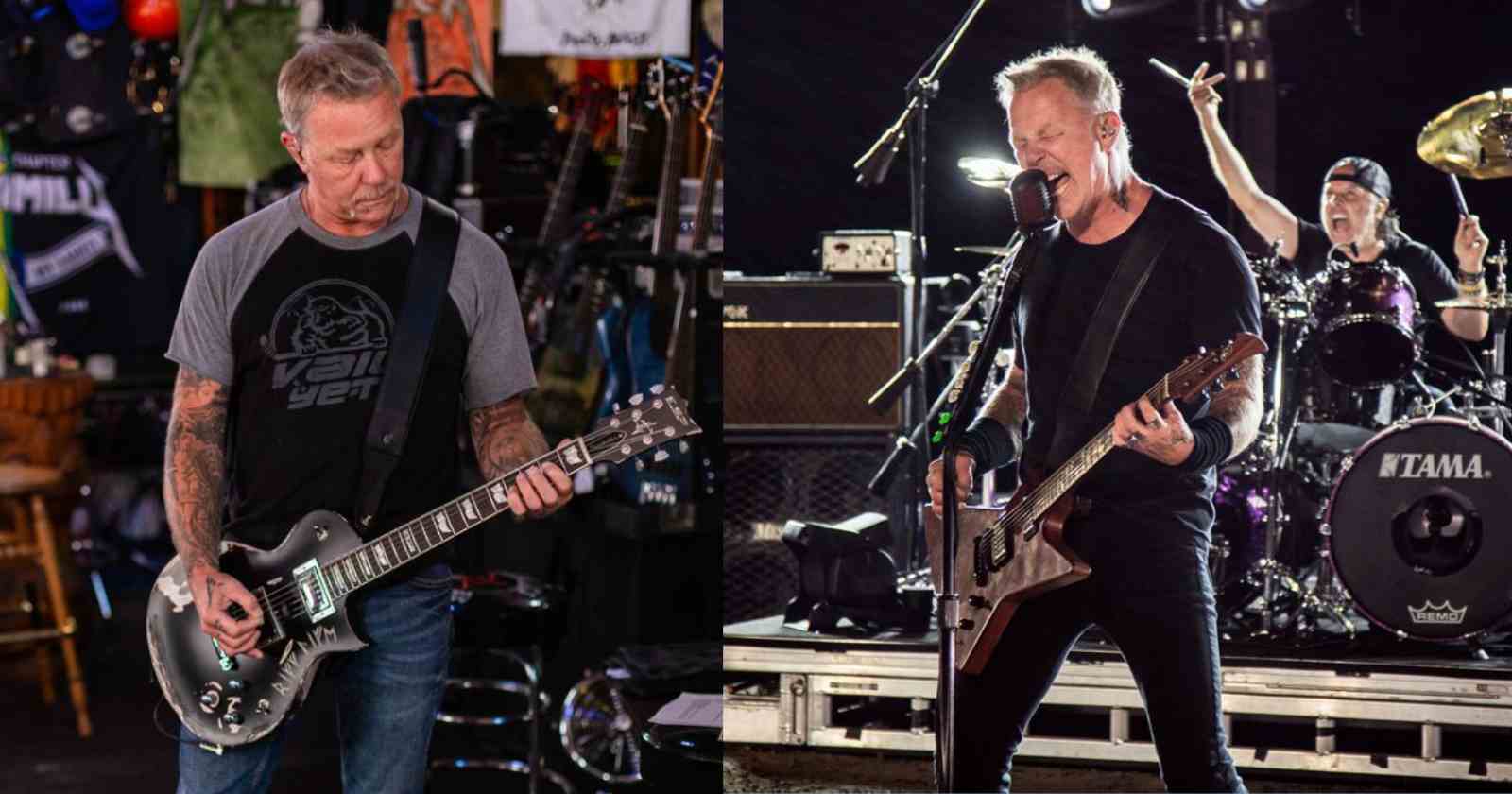 Metallica guitarist and singer James Hetfield inspired a whole generation of musicians all over the world due to the band’s music. In an interview with Music Radar back in 2009 he listed 6 guitarists that were an influence to his guitar playing style.

Hetfield is Metallica’s co-founder alongside drummer Lars Ulrich. They formed the band back in 1981 in San Fracisco, California and until 2018 they have sold more than 125 million albums all over the world.

“My rhythm gods are Tony Iommi, Rudolf Schenker and Malcolm Young – guys who just keep it steady. The Misfits too, and even the Ramones with their simplicity. It’s all downpicking! Watch some footage of Johnny Ramone and you’ll go, ‘Wow!’”

“When I started playing guitar, I would fiddle around with pretty much everything. I was trying out different rhythms and trying to play [Aerosmith guitarist] Joe Perry solos, but then I just started gravitating more towards rhythm because of guys like Tony Iommi, Rudolf Schenker of the Scorpions, and even AC/DC. You know, very rhythm-based stuff.

Often praised as the “Riffmaster”, Tony Iommi is Black Sabbath guitarist, the band that created Heavy Metal music. Sabbath’s heavy sound has much to do with the accident Iommi had in a factory he worked when he was young where he lost a part of two fingers. In order to be able to play he had to change his guitar tuning and had to create a kind of protection made of mealted bottles and even an old leather jacket so that he could play.

He is the only member of the band that played in all the albums from their discography.

The German guitarist Rudolf Schenker is the founder of Scorpions, formed in Hanover, Germany back in 1965. The band’s only continuous member has been Schenker, although Meine has appeared on all of Scorpions’ studio albums,

Macolm Young was the founder of AC/DC alongside his brother Angus Young and is often praised as one of the best rhythm guitarists of all time. He left AC/DC in the middle of 2014 to receive treatment for dementia and died at the age of 64 in 2017.

In the interview James Hetfield listed “The Misfits”, not saying which guitarist of the band influenced him. However, Doyle Wolfgang von Frankenstein is the most important Misfits guitarist that played in almost all the band’s albums.

Guitarist Johnny Ramone was The Ramones co-founder and remained a constant member of the group together with vocalist Joey Ramone. The Ramones is considered the band that created Punk Rock music.

Aerosmith lead guitarist and co-founder Joe Perry was ranked 84th in Rolling Stone’s list of The 100 Greatest Guitarists of All Time. Aerosmith is the best-selling American hard rock band of all time, having sold more than 150 million records worldwide, including over 70 million records in the United States.

In the same interview James Hetfield said that he started taking piano lessons at the age of 8 because his mom saw him “playing drums on a piano at someone’s house” and thought he had some musicality. According to Hetfield the lessons were not so good but he was happy because the old lady that taught him always gave him cookies in the end.

“I took those lessons for three years and thought, ‘This sucks, I’m not learning any Aerosmith songs here! I was playing sh*t I had no care for, so I graduated to guitar because my brothers, who are 10 years older than me, were in bands at the time so there was always a drum kit, piano and guitar sitting around the house. They were like toys. I loved hard rock so I picked up the guitar.”