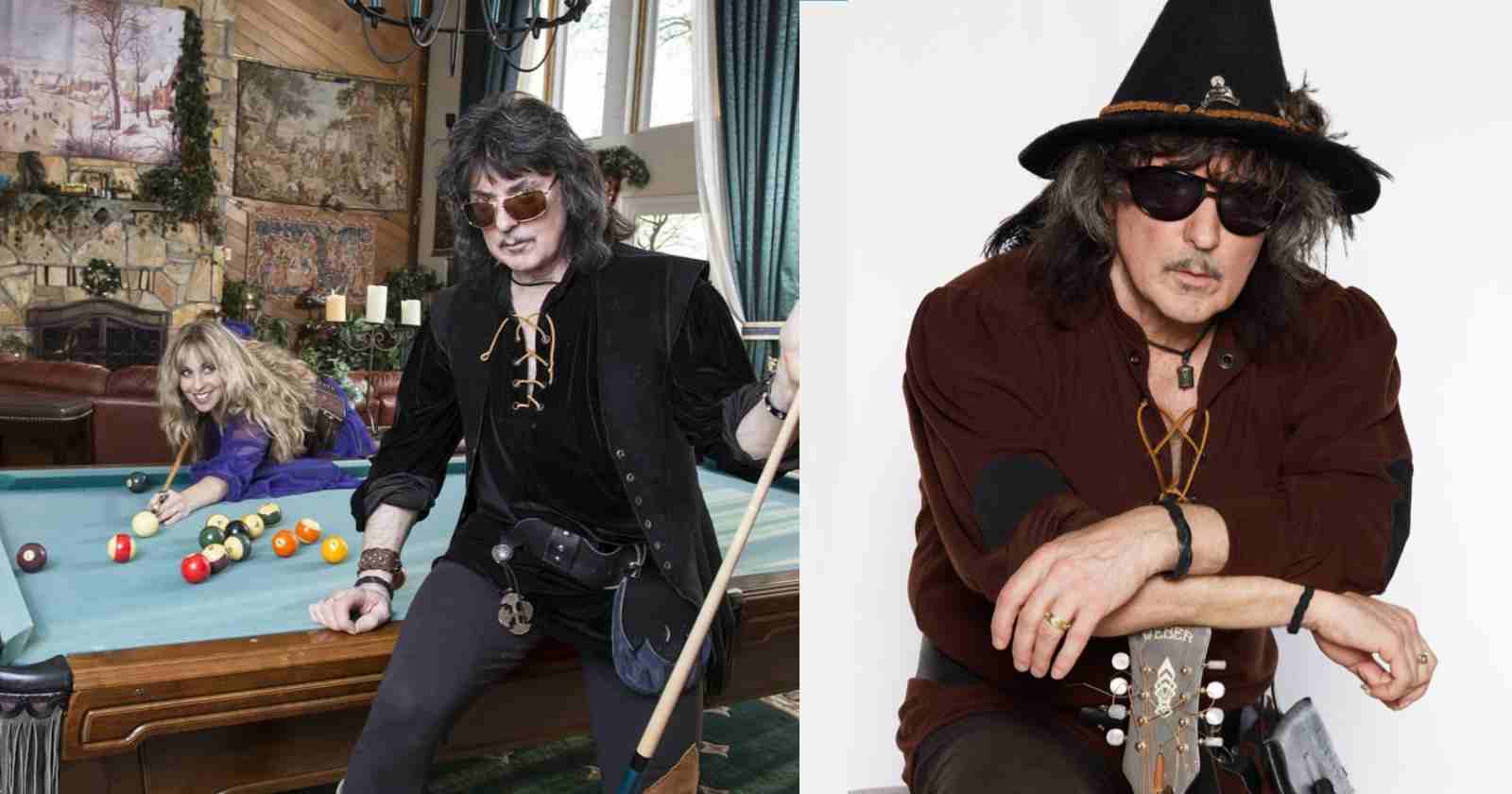 Guitarist Ritchie Blackmore made history in Rock and Roll music with Deep Purple and Rainbow, inspiring a whole generation of musicians worldwide. Long before social media and Youtube Blackmore used to connect with fans and answer their questions on his website recording audios and in one of these conversations with fans in 1996 he listed 6 albums and singles as some of his favorites (Transcribed by Rock and Roll Garage).

When a fan said that Rainbow’s “Rising” album still was a record that he liked to listen and asked which were some of the albums that had the same impact on Blackmore, the guitarist listed some of his favorites and said that they were “the types of songs that I play to myself apart from renaissance music”. Besides the albums listed below, he also said he liked ABBA, not specifying which album, Rednex‘s “Wish You Were Here” song and guitarists Gordon Giltrap and Adrian Legg, saying they were brilliant.

The legendary English Blues singer and guitarist John Mayall, who recently announced his retirement from touring, had on his band an incredible amount of musicians that left his group and pursued successful and praised careers on other bands or solo.

In an interview posted on Ritchie Blackmore’s fan Youtube Channel (Transcribed by Rock and Roll Garage) back in 2018, Blackmore gave his opinion on guitarists Joe Satriani and Steve Morse and when talking about them he said he prefered “heart” players like Mayall, saying: ” I prefer a ‘heart’ player, I prefer someone like a Blues player with the kind of Jeff Healey, he is tremendous. I think John Mayall guy is great too”.

Blackmore always said that he is a big Bob Dylan fan and in a conversation posted on Blackmore’s fan club Youtube channel (Transcribed by Rock and Roll Garage), the guitarist praised the American musician, saying: “I would love to play with Bob Dylan. I mean it sounds kind of funny in a way. But he is the only person I admire in the business.”

“I have been in the business for so long, he’s the one that I still feel he remains mysterious. There is something about him that I think is truly monumental and he is so creative. When you think on all the songs that he has written, you know, “Mr. Tambourine Man”, “Blowing In the Wind”, it’s endless. So i’m a big fan of his.”

Born in Reading, England back in 1953, Mike Oldfield is better known for his debut album “Tubular Bells” that became a hit and was used on the famous 1974 horror movie “The Exorcist”.

The musician’s most successful album from the 80’s was “Crises” (1983), which features the worldwide hit single “Moonlight Shadow” with vocalist Maggie Reilly.

When promoting the Blackmore’s Night album “Nature’s Light” in 2018, Blackmore’s wife and bandmate Candice Night talked with EAR music (Transcribed by Rock and Roll Garage) about the influence of the single, saying: “Maggie Reilly I think is incredible, her work with Mike Oldfield” and Blackmore agrees with the statement.

The Swedish Pop group One More Time was formed in 1991 by Peter Grönvall, his wife Nanne Grönvall and Maria Rådsten. The album that Ritchie Blackmore listed is the second one released by the group. The record didn’t continue the international success of the group’s first album. Also didn’t enter the Swedish Albums Chart.

Formed in Essex, England back in 1967, Procul Harum are known by the massive hit “A Whiter Shade of Pale”, one of the few singles to have sold over 10 million copies.

In an interview with Eclipsed magazine in 2018, Blackmore said that liked to listen to Procul Harum when he was young: “When I started making music in the sixties, the beat wave was still in full swing. The Beatles were the measure of all things.”

“Tommy Steele, a British rock’n’roller, was my first youth idol. But then the Beatles got more sophisticated and other bands like Procol Harum knocked me down. The Yardbirds with Jeff Beck were a challenge for a guitarist, but when Jimi Hendrix came, everything else next to him seemed gray and muffled for a moment.”