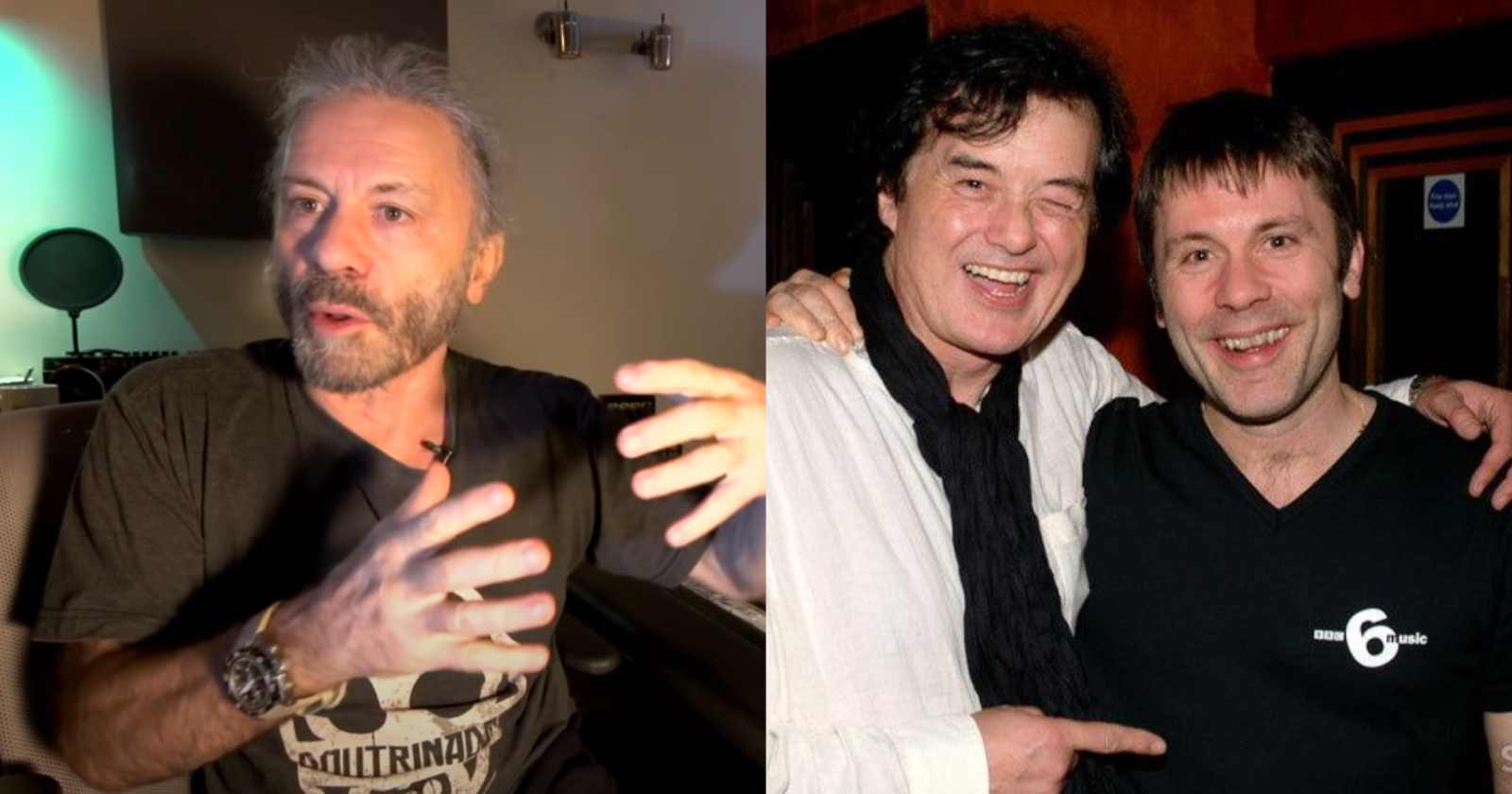 Iron Maiden vocalist Bruce Dickinson took the group to another level with his powerful voice and range after he joined them on the 1982 album “The Number of The Beast”. In an interview with Metal Rules back in 2000, Bruce listed 3 singers that in his opinion are the the bases for the Heavy Metal singing style.

3 singers that Bruce Dickinson said are the bases for Heavy Metal singing:

“These 3 singers are Robert Plant (Led Zeppelin), Ian Gillan (Deep Purple, Black Sabbath) and Paul Rodgers (Free, Bad Company). And if you join them in various combinations you have everyone was always talking about well.”

The musician was then asked if the greatest Metal vocalist of all time would then be a combination of those three and he replied: “No, they are … Are a species of … How do I say this? They are the DNA of the singing Heavy Metal. And a lot of people you can see… I mean, there are people that are unique. You know, like Bon Scott (Late AC/DC singer). And people, but effectively, if you hear most rock singers, all can be derived from these 3 voices. The style of each sing the notes they take, qu tones they use in the voices, and things like that. So I would choose one of these 3″.

In an interview with Loudwire back in 2015, Bruce Dickinson talked about some vocalists he looks up to and Robert Plant is one of them. “The early Robert Plant stuff, really early Zeppelin was unbelievable. My favorite stuff from that era, they did like Danish TV shows and they did live, wow, it is like completly unedited. raw as it was and it’s just astonishing, it’s primal.”

Iron Maiden covered Led Zeppelin’s “Communication Breakdown” with Bruce Dickinson on vocals for the b-side of their 1990 single “Bring Your Daughter To the Slaughter”.

In an interview with BBC Radio in 2021, Bruce revealed that he was so nervous during the first time he met Ian Gillan that he puked: “We’ve done an album in Ian Gillan’s studio. We’ve all been up the pub and had a few pints. In walks my god, Ian Gillan, and goes, ‘Hey, what a great vocalist. Who’s the singer?’ At that moment, I felt the sudden urge to vomit. I ran out of the room [and] puked up for about 45 minutes in the toilet.”

Dickinson sang live many times over the decades Deep Purple songs with some members of the band. In November 2021 he was part of the Jon Lord tribute in Hungary alongside Purple bassist Roger Glover.

Bad Company and Free vocalist Paul Rodgers, who also sang with Queen in the 00s was praised by Dickinson in an interview with Metal Hammer back in 2016, saying: “Paul Rodgers. I just thought that Rodgers was just stunning, and I didn’t even really try and copy his phrasing because I thought you just can’t it’s just he’s just so good.”