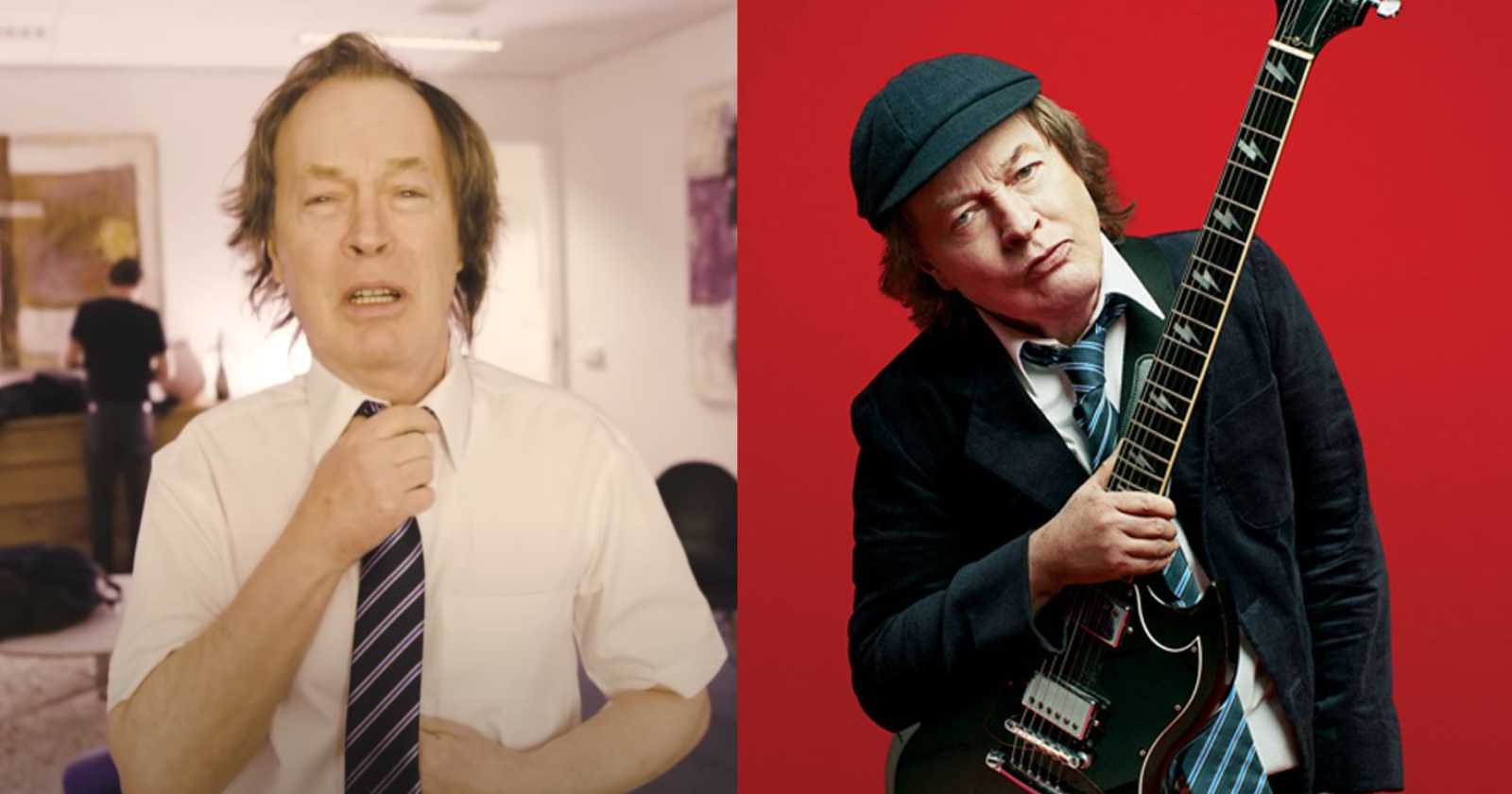 AC/DC guitarist Angus Young is one of the most important guitarists of all time that helped to create some of the best-selling albums of all time that are the bases of what Hard Rock music would become over the decades. When growing up and developing his style, the musician listened to many famous guitarists that changed the Rock and Roll and Blues scene in the 50s and 60s. Rock and Roll Garage selected 3 that Angus listed in interviews as influences.

AC/DC guitarist Angus Young talked in an interview with Guitar magazine back in 2021, about Jimi Hendrix and recalled his reaction hearing “Purple Haze” for the first time. “I could play guitar a little bit, but I really got focused on it around the years when I was about 12 into my teenage years, I started to focus more on it.”

“And around when I was about 13-14, that’s when Jimi Hendrix appeared on the horizon. And when I first heard the song ‘Purple Haze,’ I was totally enthralled. ‘How’s he doing that?’ I was just so impressed with it. When along came Hendrix, you kind of went, ‘Woah! This is another level on guitar.’ So I was very much a fan of that.”

In an interview with Tiny TV back in 2020, Angus Young also said that at the time, to find out more about Hendrix he went to the magazine store and tried to find something from England and he said: “I found a little picture of this guy with a guitar, and I was going, ‘Wow! I wanna look that cool.’”

Chuck Berry’s influence on Angus Young is not only because of the ‘duckwalk’ on stage that was first done by the American musician and then revamped by Young, but it also inspired him musically as he revealed in an interview on BBC’s “The Rock Show With Johnnie Walker” during the “Rock God” segment (Transcribed by Blabbermouth). “Chuck Berry was probably one of the great guitar people for rock and roll. He combined a lot of elements — he combined blues, a bit of jazz and his own unique style.”

“He melded all these kind of different genres of music, but he seemed to bring it together and bring it out and it [came] out in that rock and roll style — so plain and simple, but it was so effective. I saw him live once when I was younger. I just loved his stage presence and how he performed. He was one of those people, when he got on a stage, he owned it.”

In a conversation with Guitar World back in 1986, Young praised Berry and criticized Eric Clapton, saying: “Chuck Berry was never a caring person. He didn’t care whether he was playing his tune, out of tune, or someone else’s tune. Whenever he plays guitar, he has a big grin from ear to ear. Everyone always used to rave about Clapton when I was growing up, saying he was a guitar genius and stuff like that. Well, even on a bad night, Chuck Berry is a lot better than Clapton will ever be.

“Clapton just sticks licks together that he has taken from other people—like B.B. King and the other old blues players—and puts them together in some mish-mashed fashion. The only great album her ever made was the Blues Breaker album he did with John Mayall, and maybe a couple of good songs he did with Cream. The guy more or less built his reputation on that. I never saw what the big fuss was about Clapton to begin with.”

AC/DC’s sound is heavily influenced by Blues and Angus Young always admitted that. In an interview with MTV back in 1983 (Transcribed by Rock and Roll Garage), the guitarist was asked which Blues musicians inspired him and he named Muddy Waters, saying: “See, those were all records that you never heard them on the radio or nothing. But (they would be) freely available in shops and stuff.

In an interview with Total Guitar in 2020, Angus talked about Waters and said that he prefered the happier side of the Blues. “It’s the emotion in those old blues records. I’ve never really been into the depression stuff. I’ve always liked the happy sort of blues music, like Muddy Waters. Even though he might have been singing about his woman running off with a nineteen year-old bus driver from Florida, there would be an element of humor in it. That’s what I’ve always loved.”

“I’ve never been a great lover of the real sad element of the blues. There are some great sad songs, but I prefer the happier side. And the grammar in blues music is fantastic. Some of the things that Muddy would sing: ‘I just love them pretty womens, I’ll kill for them young pretty things. They’d sing ‘whummen’ instead of women, and ‘choo’ instead of you. But you get what they mean.”