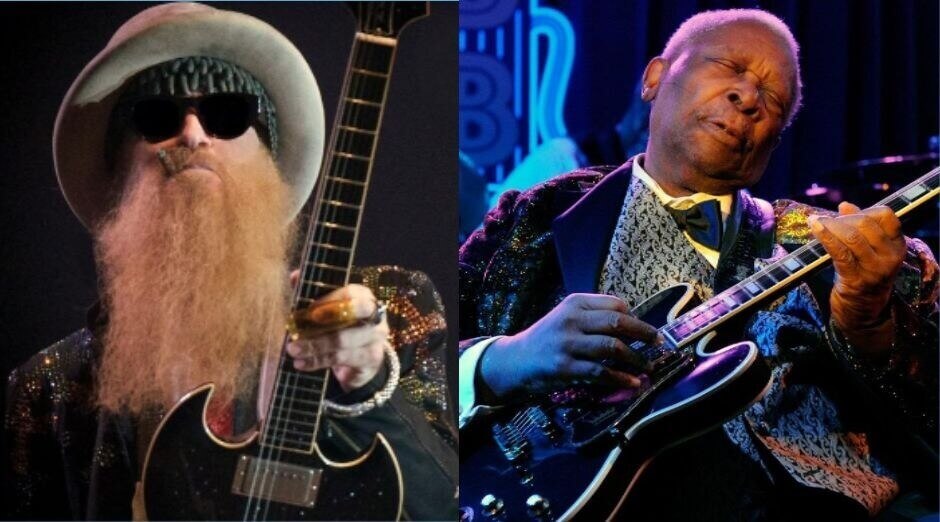 ZZ Top‘s guitarist and singer Billy Gibbons revealed in an interview with Sweetwater the guitar strings advice B.B King gave him. The musician talked about the change of his tone after the advice.

“Early on, I’ve got the privilege of sharing a dressing room with BB King upon which he said, ‘Hey, do you mind if I have a few strums on your guitar?’ Well, at the time, I was thinking to get the big, bad, loud sounds from the blues guys. You had to have super heavy strings, and it just took one or two strums and BB looked at me kind of quizzically and he said, ‘Why are you working so hard?'”

“‘Well,’ I said, ‘What exactly does that mean?’ And he said, ‘Well, these strings are so heavy.’ I said, ‘Well, isn’t that what you need to get the big, bad sound?’ He said, ‘No, back in the day, when there was only one set of strings available, the Black Diamond, one gauge, we used to do a trick. We used to have to throw away the big E string, move everything down one, and then borrow a banjo string to make a light gauge set.'”

“But then along comes Jimmy Dunlop from Dunlop Manufacturing. He accepted the challenge to make something lighter than the lightest gauge up until recently, was 0.008. That was a Super Slinky on the high end. Now we have Rev. Willy’s Mexican Lottery Brand, .007 strings. If you really want to squeeze them out, grab a set of these things.”

“What makes it nice, they tune up handily and they have quite a bit of stretch. They rarely can be found beyond the breaking point, these things are yet to let me down, I don’t want to be known as a string-breaker. [Laughs]”

Another guy who is famous for a big sound is Tony Iommi from Black Sabbath. He did the same thing. He had no choice but to use banjo strings, and he was tuning down as well.
“Oh yeah, you get down to spaghetti strings – super-light. And then tune down to low-D; if you really want to get crazy, go to C or even low-B. That’s where it gets really four flat tires on a muddy road.”

“But I find that the Rev. Willy’s, they come in 7s, you can get 8s, you can get 9s, you can even get 10s if you need it. But they all respond well. As you know, it’s no secret that I’ve been carrying my famous Mexican Peso guitar pick, and this thing is, there’s no give at all to this thing once you shake it down and get it machined into the shape of a pick.”

“Someone said, ‘Well, don’t you have a problem with such a heavy pick, breaking strings?’ Not with the alloy that’s found in the Mexican Lotteries. Again, call Sweetwater and just hit the Add to Cart button, it’s the Jimmy Dunlop… Rev. Willy’s Mexican Lottery Brand, it’s pretty good, and it goes good with the Peso.”