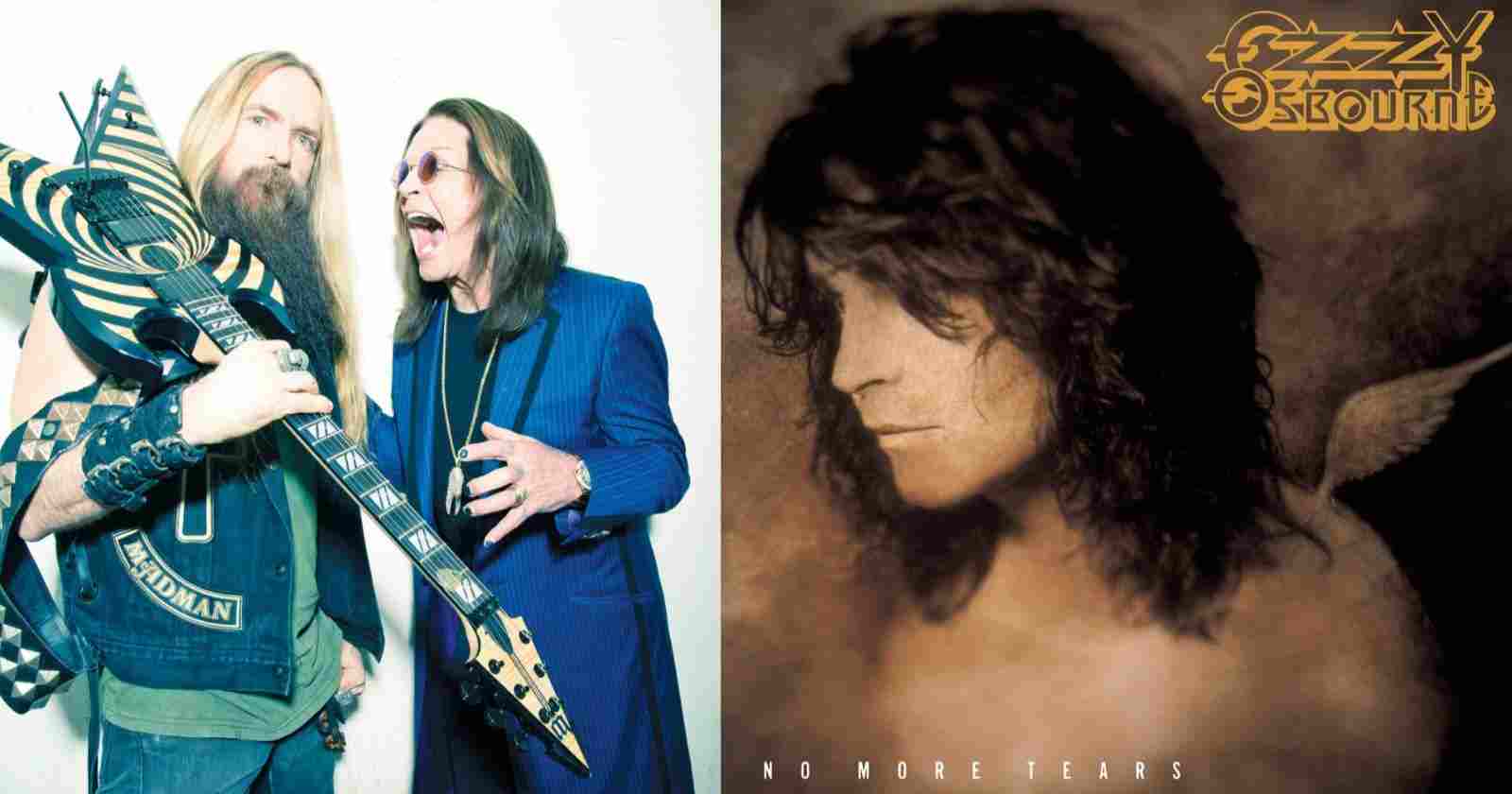 Ozzy Osbourne guitarist Zakk Wylde (Also Black Label Society) recalled in an interview with Sirius XM the making of the classic song “No More Tears” released on the album of the same name back in 1991.

“‘No More Tears,’ I think I remember when Mikey [Mike Inez, bass] started that song off, Father Mikey is over there with the bass that *sings bass line*. Then Randy [Castillo, drums] started coming in on the drums and we just knew it. And then [keyboardist] John Sinclair started playing that keyboard intro.”

“And then – because at the time, I love the Allman Brothers and Lynyrd Skynyrd, and I had a slide sitting around so I broke out the slide and then I started doing that *sings slide line*. Then we stopped and it was still playing, just like it is on the record and then Oz started singing something and then I just put a riff kind of like [Black Sabbath’s] ‘War Pigs’ kind of thing, where it’s vocals and then a riff, vocals and then a riff, vocals…”

“So it was like that when we were putting it all together, and then the slide thing, and then that song kind of came together like that. And I remember when we were in the studio, we were at A&M [in Los Angeles, CA] working on recording it, and then when we got to that middle bit, I remember it just ended there, kind of.”

“We just had it up to that part. But I remember playing the piano *sings*, jamming on that, and thinking like it’s like a kind of like a Beatles-y thing or a Pink Floyd-ish kind of thing.”

No More Tears is the sixth solo studio album by Ozzy Osbourne. Released on 17 September 1991, the album charted at number 17 on the UK Albums Chart and number seven on the US Billboard 200 albums chart.