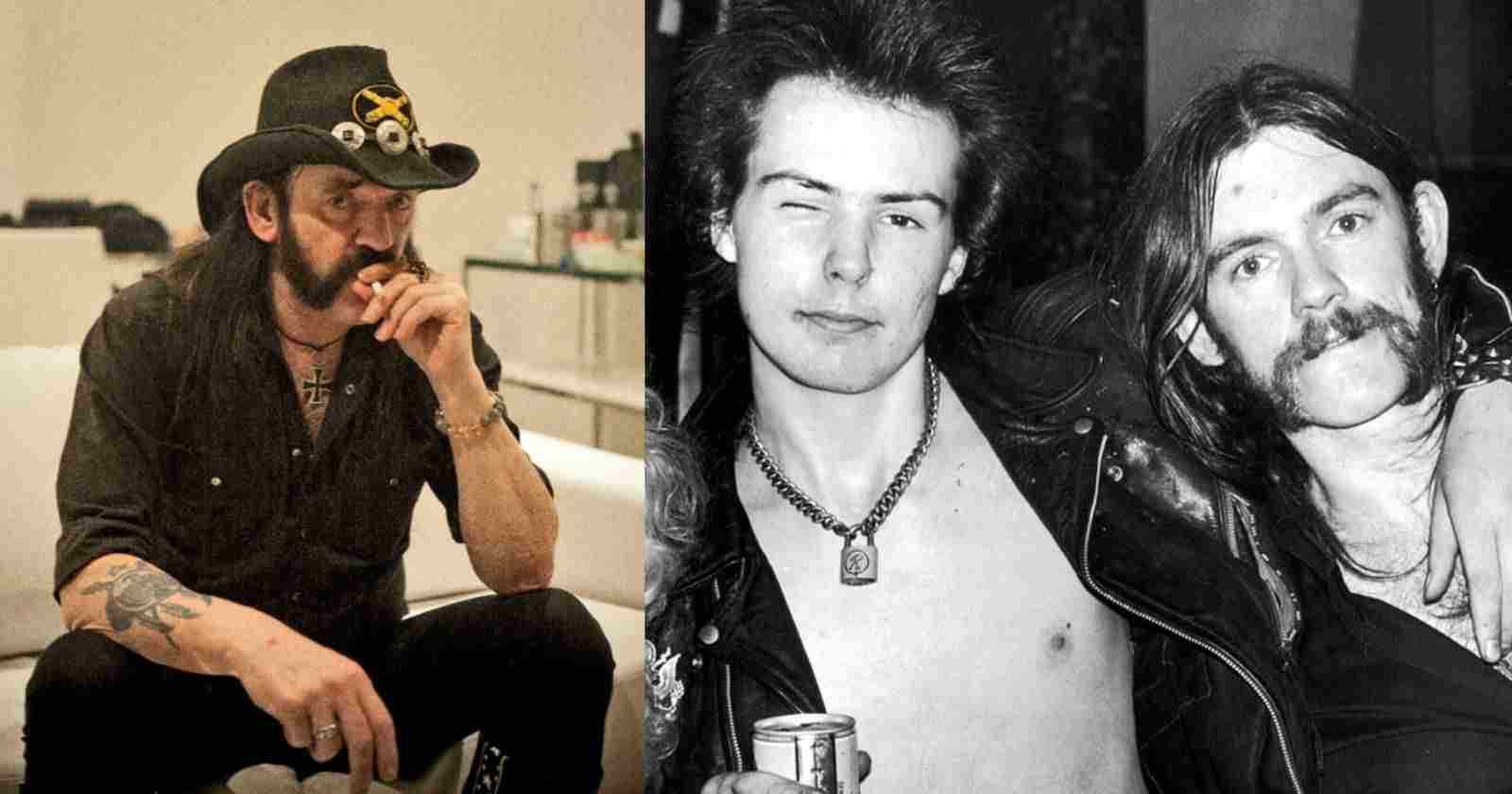 Legendary Motörhead singer and bassist Lemmy Kilmister unfortunately died back in 2015 of an extremely aggressive cancer. In an interview with Louder Than War back in 2011, the musician recalled he tried to teach Sex Pistols’ Sid Vicious how to play the bass guitar, but he was hopeless.

When Lemmy Kilmister recalled he tried to teach bass to Sid Vicious:

“Punk was great. It was what rock n roll needed at that point in time. I never had time for the Clash and their pretend politics but the Damned and the Ramones were great rock n roll bands. Motorhead fitted right in. We may have had long hair but the punks understood us.”

“Johnny Rotten used to go and see Hawkwind play. I remember him turning up in his long hair and great coat at London gigs. Sid Vicious lived in my flat for a couple of months and I tried to teach him bass but he was hopeless.”

“One day he came rushing into the flight all excited saying ”Lemmy I got the job with the Sex Pistols’ and I said ”Great, as part of the road crew’ and I laughed ”You can’t even play the bass, you’re hopeless’.”

During the same interview he defined what Motörhead was:

“We have heavy metal hair so you can see why so people put us in there with that. They got no brains these people who categorise you- that’s what they categorise you (laughs). They are at these award ceremonies- here is an asshole who is taking your money on false pretences and he’s getting the award on the unanimous decision of all those cunts who never buy records and get into gigs free (laughs)”

“The records are much better now than ”Ace of Spades’ or ”Bomber’. They are not even good- primitive, bad sound, bad equipment and in a lot cases played really played badly. There is something good about it if you were 16 but the moment has passed.”

“We do what we do and no one else does it. If no-one buys an album we put out another one and then another one till they do. Every album up to ”Hammersmith’ sold more and more and we were getting bigger and bigger and all those people who said that we wouldn’t last six months were proved wrong. They said that we would be down and out on heroin. The success was a fuck you. There’s a lot of fuck you-ness about me and my basic fuck you-ness has survived.”