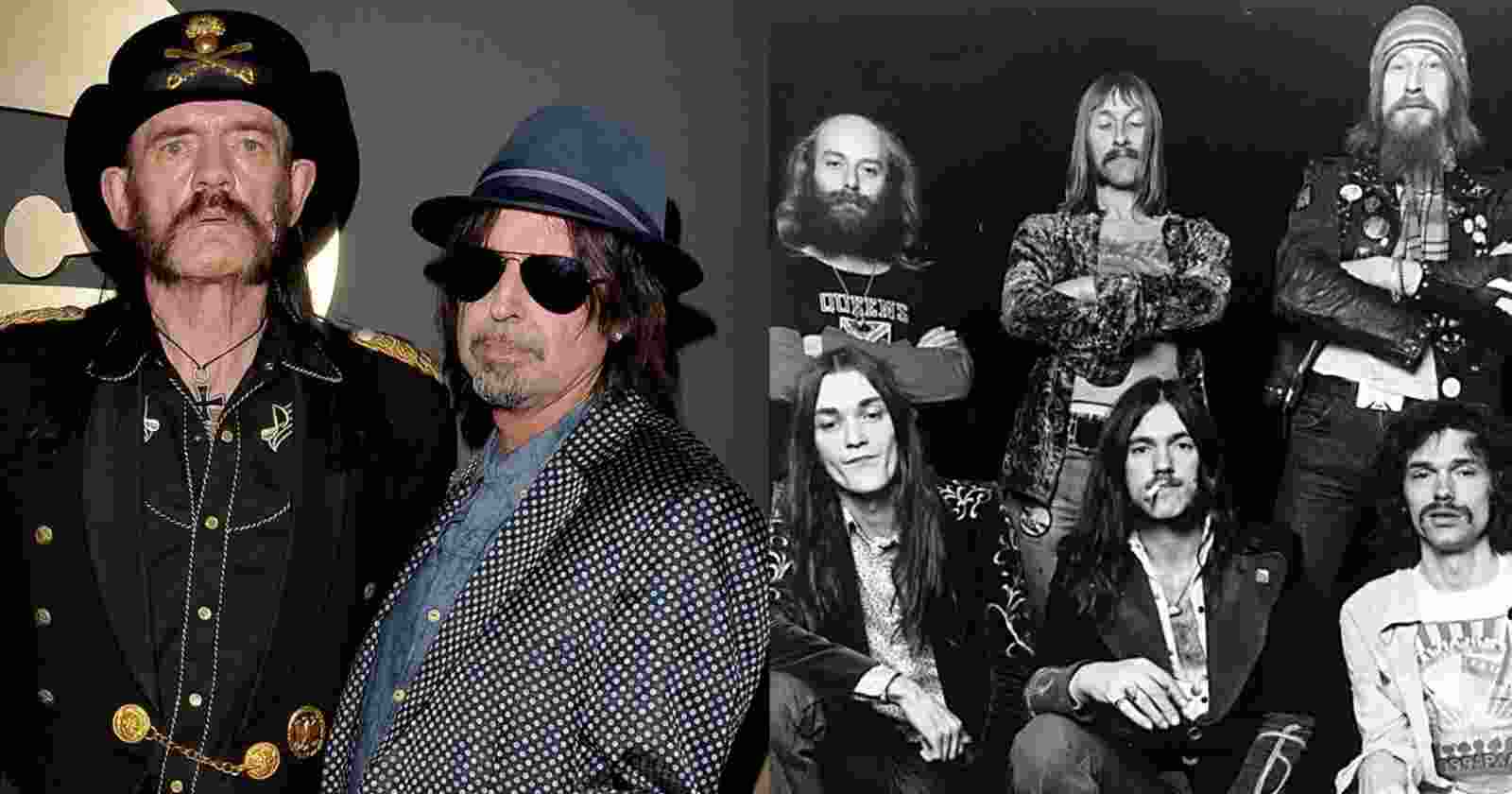 Motörhead guitarist Phil Campbell recalled in an radio interview that he asked Lemmy Kilmister‘s autograph years before Motörhead, when the musician still was in Hawkwind. 9 years later Phil would join Motörhead.

“Yeah, yeah, I’ve still got the program at home. That was the [1974] ‘Hall of the Mountain Grill’ tour, I think, Cardiff Capitol Theater, and it was just one of the first times I’d been to a gig by myself. And I just hung out in the foyer later and Lem just strolled out and he signed the page where the picture of him was on the program with his old-style autograph.”

“Yeah, you don’t think of it like that. But it goes to show – if somebody said I’m gonna be in a band with that guy for 32 years, you’d lock them up, wouldn’t you?”

Yeah. When you auditioned for them, did you mention that to Lemmy?

How did it come about? Because it’s not like a classified ad goes in the magazines – how do you find out about an opportunity like Motorhead and how do you get in touch with someone to set up an audition?

“Yeah, well, Lemmy told me that they purposely didn’t put an advert, they just announced that Brian Robertson had left. He said, ‘So the people who really wanted to have an audition, they had to make a big effort, to find out the record company’s phone number and then get the management phone number and…’ They took a bit of effort so Lem’s way of thinking was, ‘At least the people who wanted to apply on the first value of it really wanted to have a go for it.'”

What was it, just like a jam or did you play Motorhead songs of the time?

“Well, on the message I got about five days before, there was a list of 18 songs they wanted me to learn. But we didn’t play all 18 – didn’t play that many.”

That’s a hell of a lot of songs. But at that moment, they probably didn’t do that many in a gig at the time.

“No, no, no. I just remember it being loud. It was a small room and Lem stood up first and played the first call on his bass and my whole world changed. And then, of course, [drummer] Phil Taylor left then, three days after [in 1992]. Perfect drummer’s timing.”

Was it was the audition good? How was it?

“Well, I turned up with three different types of amphetamine for Lem to give him a choice. So I think that sort-of helped along the way. I don’t know really, they made me feel at home there and everything, and it’s just a bit nerve-wracking,” Phil Campbell said.