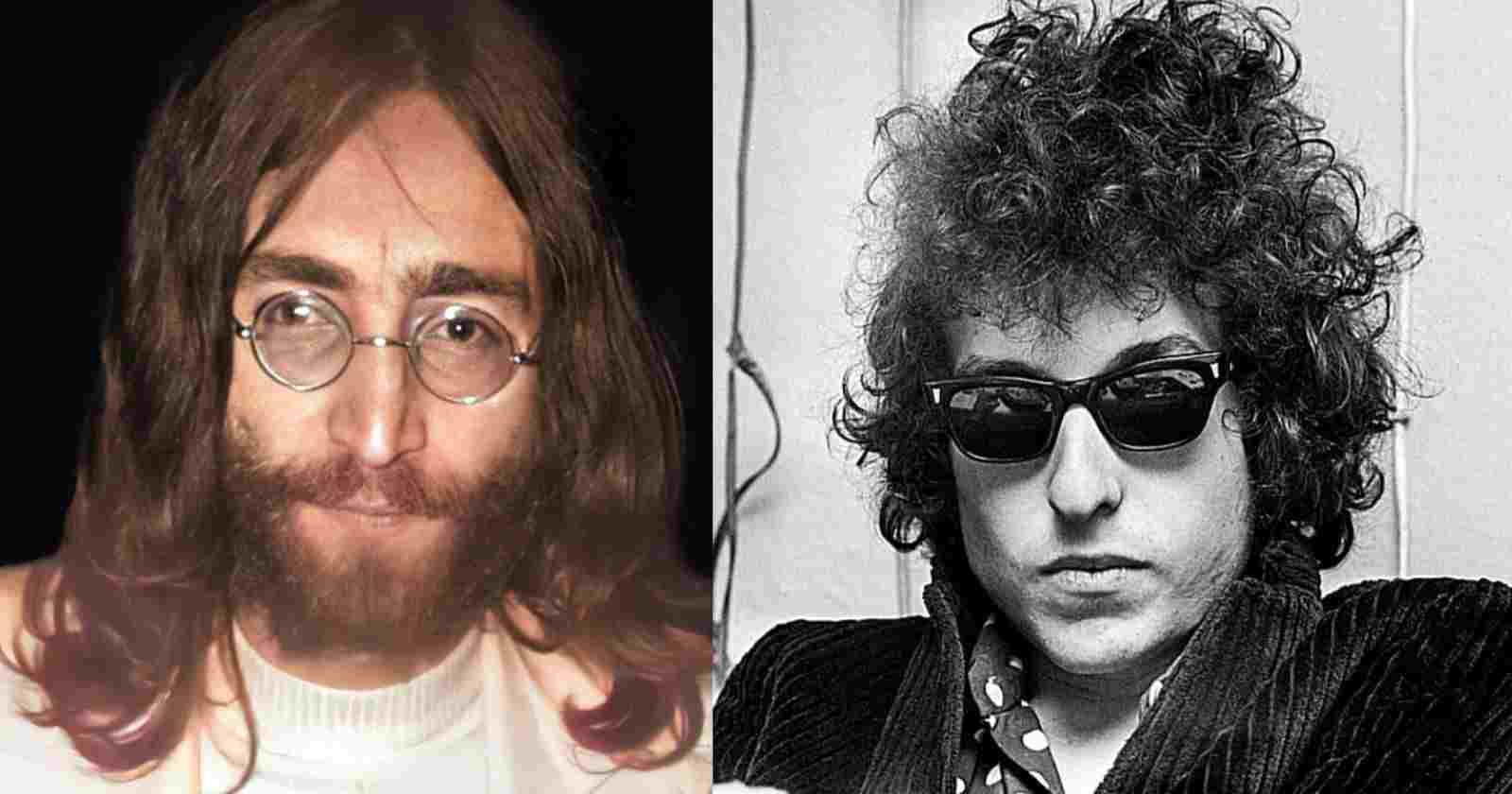 John Lennon unfortunately died too soon at the age of 40 back in 1980, but is one of the best musicians of all time. In an interview with Rolling Stone back in 1968 he revealed his opinion about Bob Dylan and other musicians he liked.

What did you think of Dylan’s “version” of “Norwegian Wood”? (“Fourth time around”)

“I was very paranoid about that. I remember he played it to me when he was in London. He said, what do you think? I said, I don’t like it. I didn’t like it and I was very paranoid. Just didn’t like what I felt I was feeling – I thought it was an out and out skit, you know, but it wasn’t. It was great. I mean he wasn’t playing any tricks on me. I was just going through the bit.”

How do you feel about his new music?

“It’s fine, you know. I’m just a bit bored with the backing, that’s all. But he’s right what he’s doing because he usually is. I’ve only heard the Landlord album. I haven’t heard the acetate, I keep hearing about it. That’s something else, you know.”

Is there anybody else you’ve gotten something from musically?

“Oh millions. All those I mentioned before – Little Richard, Presley.”

“Are they dead? Well, nobody sustains it. I’ve been buzzed by the Stones and other groups, but none of them can sustain the buzz for me continually through a whole album or through three singles even.”

You and Dylan are often thought of together in some way.

“Yeh? Yeh, well we were for a bit, but I couldn’t make it. Too paranoic. I always saw him when he was in London. He first turned us on in New York actually. He thought “I Want To Hold Your Hand” – when it goes “I can’t hide” – he thought we were singing “I get high” – so he turns up with Al Aronowitz and turns us on, and we had the biggest laugh all night – forever. Fantastic. We’ve got a lot to thank him for.”

Do you ever see him anymore?

“No, cause he’s living his cozy little life, doing that bit. If I was in New York, he’d be the person I’d most like to see. I’ve grown up enough to communicate with him. Both of us were always uptight, you know, and of course I wouldn’t know whether he was uptight, because I was so uptight, and then when he wasn’t uptight, I was – all that bit. But we just sat it out because we just liked being together.”

What about the new desire to return to a more natural environment? Dylan’s return to country music?

Dylan broke his neck and we went to India. Everybody did their bit. And now we’re all just coming out, coming out of a shell, in a new way, kind of saying: remember what it was like to play.