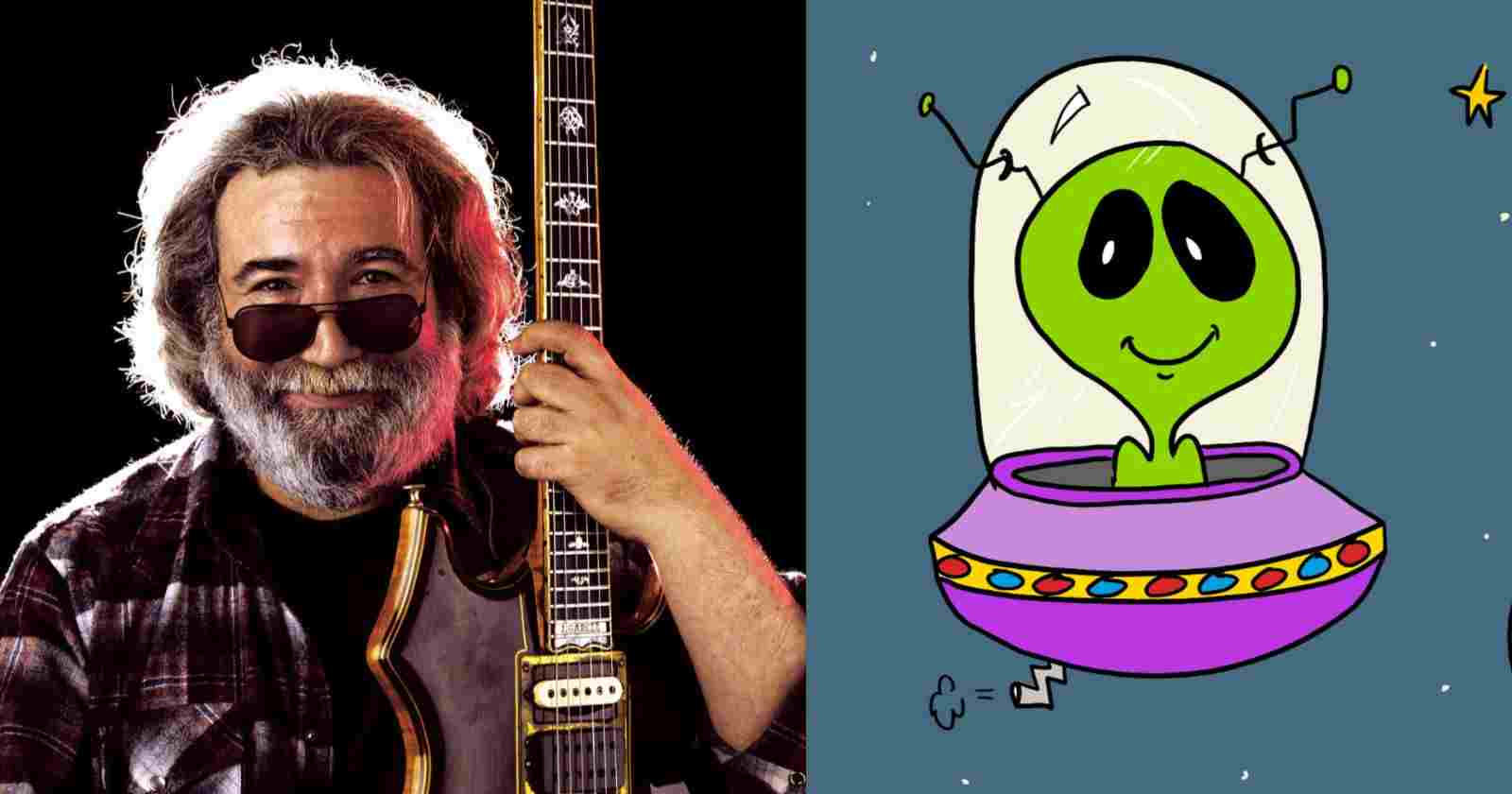 Grateful Dead guitarist Jerry Garcia is considered one of the best muscians of all time that unfortunately left us too soon at the age of 53 back in 1995. In an interview recovered by Grateful Ramblings Garcia talked about communicating with aliens.

Have you had any experiences where you felt you were in contact with extraterrestrials or multi-dimensionals – beings not of this world?

Have you ever felt like you’ve been in communication with beings of a higher intelligence than humans?

“I’ve had direct communication with something which is higher than me! I don’t know what it is, it may be another part of my mind. There’s no way for me to filter it out because it’s in my head. It’s the thing that’s able to take bits and pieces of things and give me large messages. To me, they are messages as clear as someone speaking in my ear, they’re that well-expressed and they have all the detail that goes along with it.”

“Sometimes it comes in the form of an actual voice and sometimes it comes in the form of a hugeness, a huge presence that uses all of the available sensory material to express an idea. And when I get the idea it’s like dah! Oh, I get it! And it’s accompanied by that hollow mocking laughter. You stupid fuck! You finally got it uh? Geez it’s about time.(laughter) For me, enlightenment works that way, but it’s definitely a higher order of self-organization that communicates stuff.”

“My psychedelic experiences were sequential. They started at a place and they went through a series of progressive learning steps. When they stopped happening it was like, this is the end of the message – now you’re just playing around. That was when psychedelics stopped having the relevance they originally had. It lasted for about a year I’d say.”

Jerome John Garcia was born in August 1, 1942 and died August 9, 1995. He was an American singer-songwriter and guitarist, best known for being a principal songwriter, the lead guitarist and a vocalist of Grateful Dead. Also was a founding member of the group that was born during the counterculture of the 1960s. Although he disavowed the role, Garcia was viewed by many as the leader or “spokesman” of the group. As one of its founders, Garcia performed with the Grateful Dead for their entire 30-year career (1965–1995).