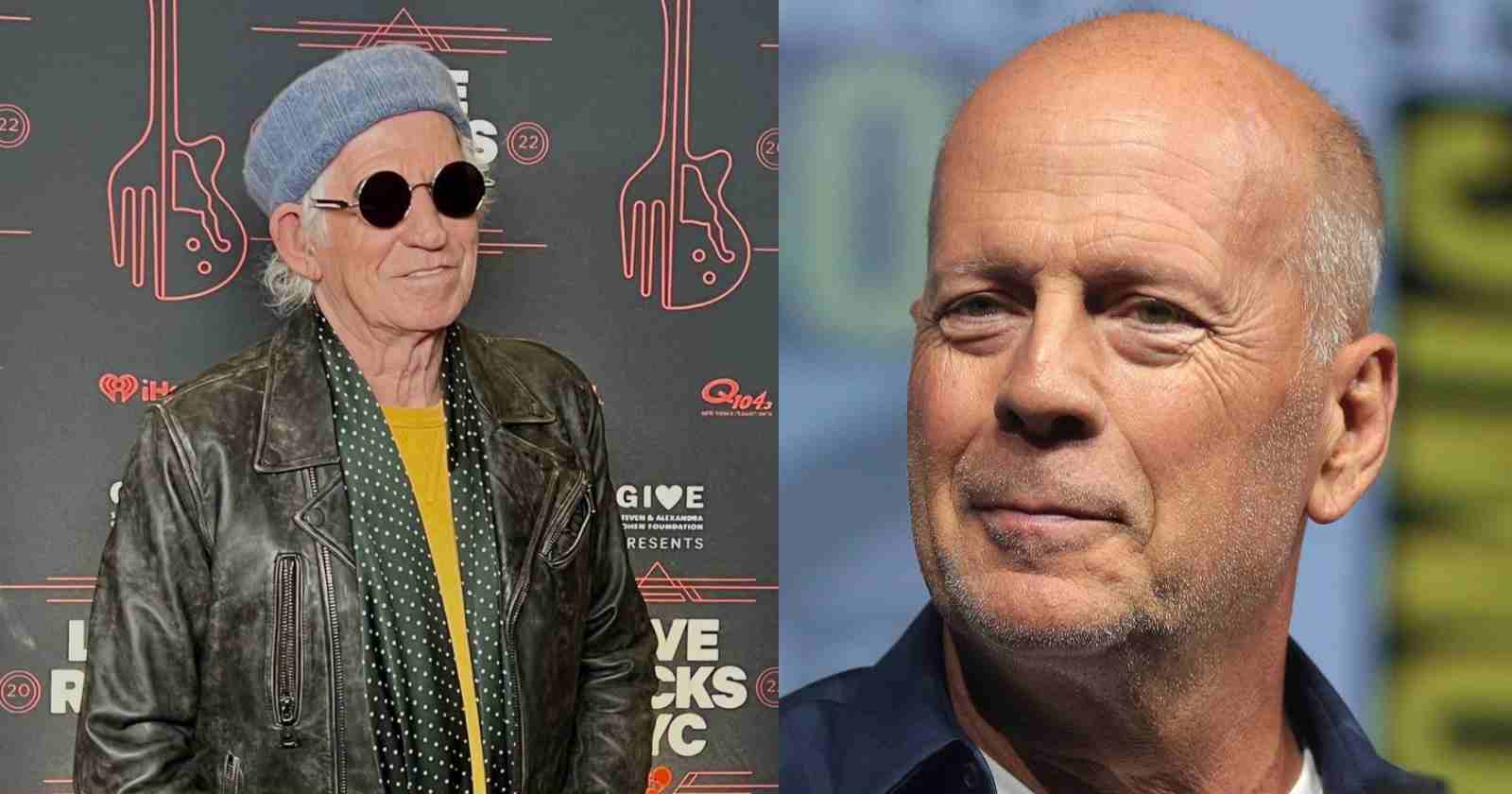 Born in Idar-Oberstein, West Germany back in 1955, Bruce Willis started his acting career 1978 and became one of the most famous Hollywood stars of all time. He was part of classic movies like “Die Hard” (1988), “Pulp Fiction” (1994), “12 Monkeys” (1995), “The Sixth Sense” (1999) and “Unbreakable” (2000). But sadly he had to announce his retirement in 2022 after being diagnosed with aphasia. The disorder is caused by damage to the area of the brain that controls language, experession and comprehension.

Over the decades the actor met many famous people and one of them was the legendary Rolling Stones guitarist Keith Richards. In an interview with Entertainment Weekly back in 2008, the musician was asked if he enjoyed the company of actors and directors, since he had worked in a few movies too. When answering the question he recalled his experience with Bruce Willis and revealed that he can play an instrument really well.

What Keith Richards once said about Bruce Willis

“Yeah (I enjoy the company of actors and directors), because you can talk about film. I can talk about Chaplin’s reverse shots. A lot of actors are damned good musicians too. One of my best friends, in a way, is Bruce Willis. I mean, terrible movies. We know that. But a great (harmonica) player,” Keith Richards said.

What many movies fan don’t know is that Bruce Willis also released two solo albums. The first one was “The Return of Bruno” (1987), “If It Don’t Kill You, It Just Makes You Stronger” (1989).

Over the years he also collaborated in some songs with other artists like Danny Aiello, Chrissie Hynder and Blues Traveler. He also had the chance to play live with legendary artists like Billy Preston and B.B. King.

Bruce Willis’ wife Emma Heming Willis, revealed on her Instagram on March 2022 that the actor was battling Aphasia. She said: “To Bruce’s amazing supporters, as a family we wanted to share that our beloved Bruce has been experiencing some health issues. (He) has recently been diagnosed with aphasia, which is impacting his cognitive abilities. As a result of this and with much consideration Bruce is stepping away from the career that has meant so much to him.

“This is a really challenging time for our family. We are so appreciative of your continued love, compassion and support. We are moving through this as a strong family unit. (So we) wanted to bring his fans in because we know how much he means to you, as you do to him. As Bruce always says, ‘Live it up’ and together we plan to do just that. Love, Emma, Demi, Rumer, Scout, Tallulah, Mabel, & Evelyn,” Emma Heming Willis said.