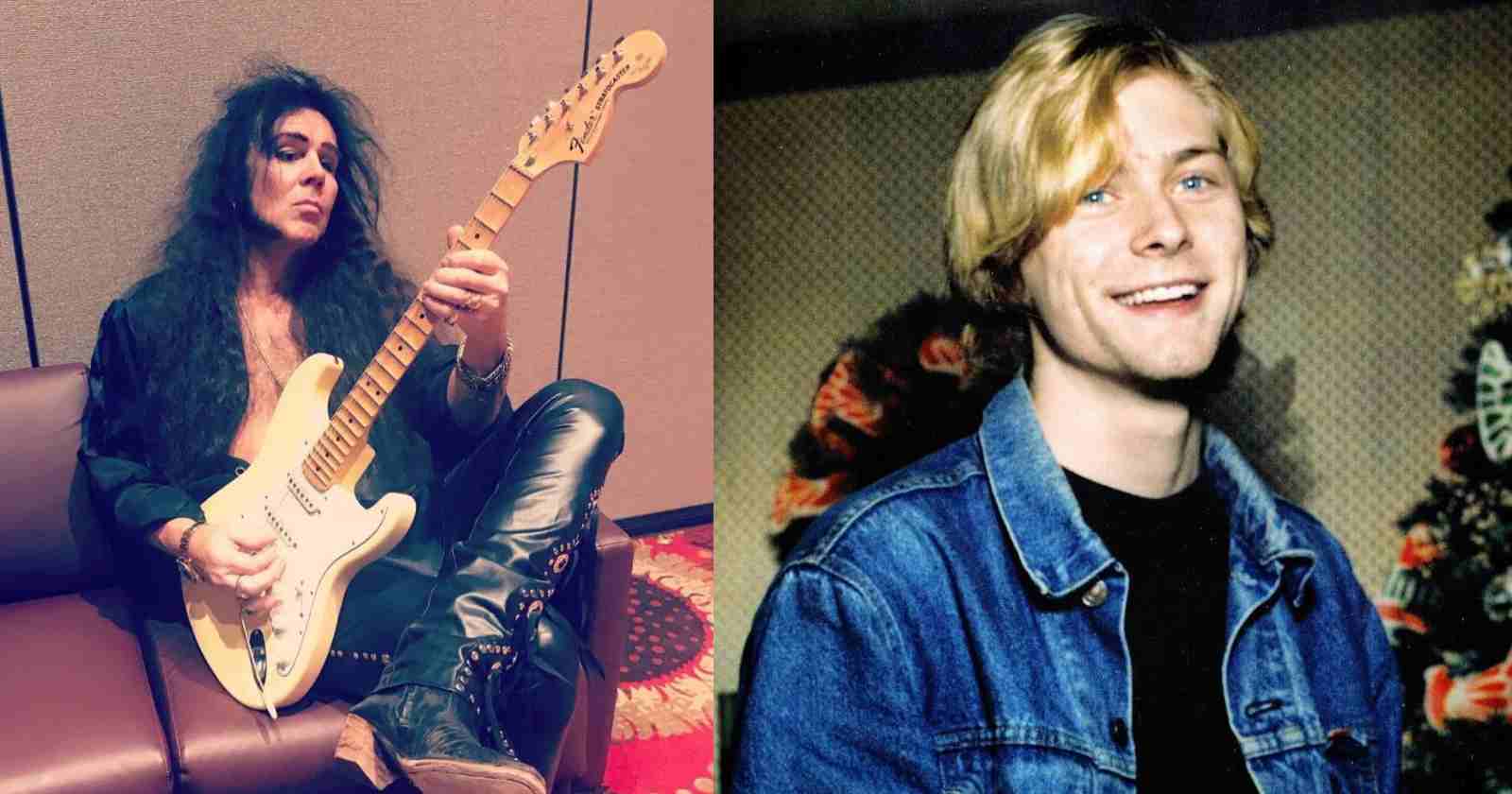 The virtuoso Swedish guitarist Yngwie Malmsteen is known for his incredible playing technique and successful solo career after playing with Steeler and Alcatrazz. He is also recalled for his sincerity and for giving his real opinion on other bands and musicians. Over the decades he talked about many acts including the important Grunge band Nirvana.

What is Yngwie Malmsteen’s opinion on Nirvana

In an interview with Swedish TV a few years ago (Transcribed by Rock and Roll Garage), Malmsteen criticized Nirvana and the whole Grunge Rock scene, saying: “When this whole Grunge style came, I thought it was so pathetic that a Rockstar (was) wearing too big pants and an old torn shirt and sock on his bald head. I mean, what the hell is that? This is so contradictory. If I were a Rock fan then I would like to see a guy on stage ‘Biggert Than Life’. One who got clothes which I can not buy One who got things which I do not have. One who does things which I can’t do.”

Talking back in 2004 with Rock Confidential, Yngwie Malmsteen blamed the music industry for helping the Grunge Rock genre to affect the other Rock and Roll subgenres, just like they did with previous famous bands that appeared before: “The unfortunate part of the music industry is that it’s very non-diverse in the United States. In 1987, ’88, if you didn’t look and sound like Bon Jovi— forget about it. In 1990, ’92, if you didn’t look and sound like Nirvana— forget about it. That’s not right, that’s not the way shit should be done. That’s not what everybody in the world is supposed to sound like. For worse or better, I don’t know. I think it’s been pretty much the same for the last 30 years. It’s all about money. That’s all it is.”

In the same interview he said that people can get famous without being good, all they have to do would be follow a trend but that doesn’t give them lonngevity: “A lot of times people ask me if I have any advice to become successful in the music business. I say, ‘Let me ask you a question. Do you want to get good or do you want to get famous?’ They are two different things.”

“You can get famous without being good. You can be really good without being famous. Sometimes you can be good and famous, but that’s kind of rare. If you follow a trend, that’s the kiss of death right there. Here today, gone later today. That never works. Longevity is the name of the game.”

“People will know that what you do is real. To me, that is the way to go and it’s the only way I know. I can’t handle doing trendy stuff. The funny thing is that it’s now come to a point, at this particular moment in time as we speak — right now, you and me — there is no formula.”

He also said that in the 80s and 90s there used to be a formula that people could use to write songs and make them be played on the radio, but nowadays that doesn’t exist anymore.

Kurt Cobain once made a joke about Malmsteen

In an interview with Mike Hibarger back in 1990, Kurt Cobain made a joke citing Malmsteen. He said “If I squeeze a tennis ball, I might be as good as Yngwie Malmsteen, building up the muscles in my hands.”