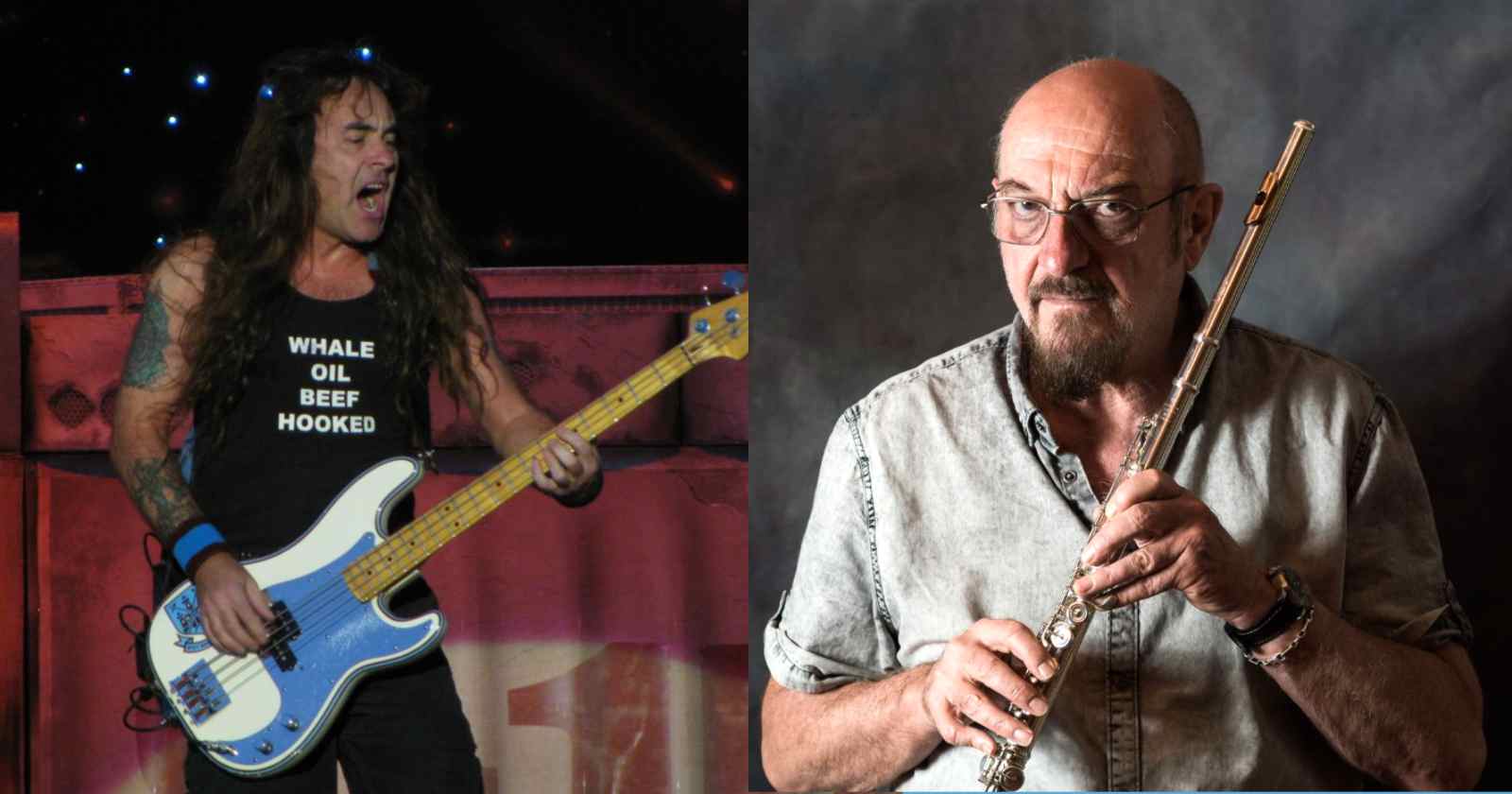 Iron Maiden bassist and leader Steve Harris is a huge Progressive Rock fan and in an interview with Classic Rock magazine back in 2015 he gave his opinion on Emerson, Lake & Palmer and revealed his favorite Jethro Tull album.

The band covered Tull’s song “Cross-Eyed Mary”, released on their 2002 album “Best of the ‘B’ Sides”.

“I love Aqualung, obviously, but the one I loved the most and probably still do is Thick As A Brick. I love A Passion Play and he got a lot of stick for that. Quite rightly, he got the hump with it. I love that album, though. At the time I thought I might be the only person in the UK that liked it, but I found a few more people over the years. It’s an acquired taste, isn’t it?”

Did you see ELP live in your younger days?

“Yeah, I saw them a couple of times. It was great. But I did think that the solos went on a little bit too long, to be honest. In those days it was the thing to do and I found it boring. What wasn’t boring was a band called Kraan, who supported Nektar in London somewhere. They were a German band and the guy was doing this bass solo and he was unbelievable.”

“The crowd were clapping out of time, so he stopped in the middle of it and said [adopts German accent] ‘You are clapping out of time! It must be like this!’ I thought, ‘That took bottle!’ Hats off to him. And it was a bloody good solo as well. I’d just still rather hear the songs than a virtuoso of any kind.”

In an recent interview with Loudwire magazine to promote Iron Maiden’s new album, singer Bruce Dickinson commented on the love him and Harris share for Jethro Tull:

When saying that some of the songs from their album “Senjutsu” were similar to some of Jethro Tull’s work, Dickinson said: “Me and Steve are huge Jethro Tull fans, but we probably have different [favorite] albums. I am definitely a fan of the early folk stuff. He’s a big fan of Thick as a Brick and really lengthy, proggy things…”

Born in 1956 in England Steve Harris is the founder and leader of Iron Maiden, one of the most successful Heavy Metal bands of all time. Until 2017, Iron Maiden had sold over 100 million copies of their albums all over the world. Some of their biggest hits are “Number of The Beast”, “The Trooper”, “Wasted Years” and “Fear Of The Dark”.

Their lyrics cover such topics as history, literature, war, mythology, society and religion. Many of their songs are based on history, classic literature and film